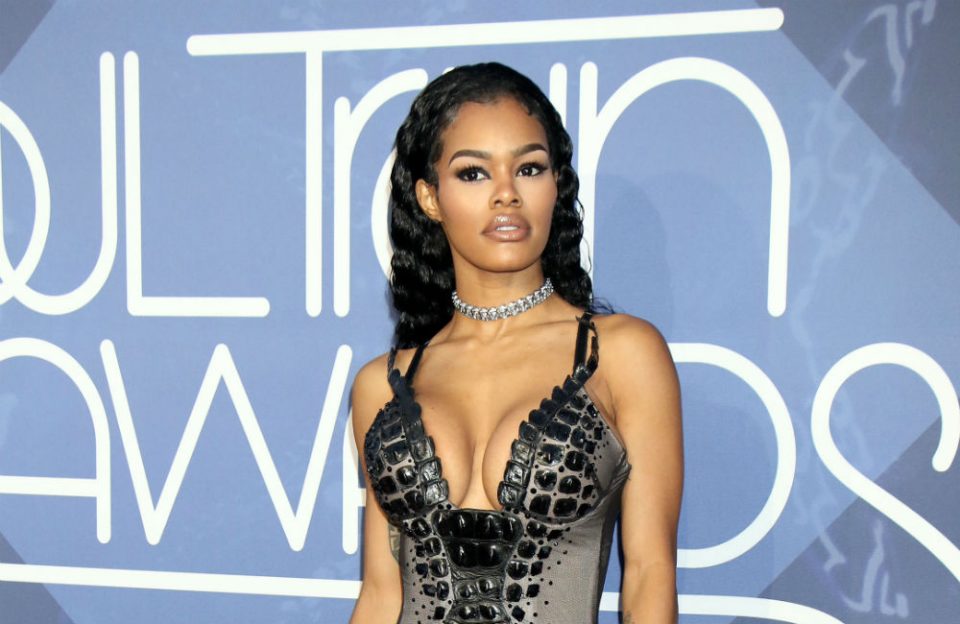 Spike Lee and Teyana Taylor are working on a new commercial together and the “Made It” singer used Instagram to share her excitement about meeting one of her idols. Taylor, whose shot many of her own videos, pays homage to Lee with her alias Spike Tey, and has directed videos for artists like Macy Gray and ScHoolboy Q as well.

“THE STUDENT & THE TEACHER……. So if you follow my journey as “Spike Tey” @aspiketeyjoint then you know what THIS MOMENT MEANS TO ME!! 😩😩😩😩😩🥺🥺🥺🥺 SPIKE LEE X SPIKE TEY?!!!!!! It was such an honor to be able to collect so much wisdom & knowledge from my directing idol!!!! The fact that @officialspikelee surprised me with an autographed “Do the right thing” street sign with my director name “SPIKE TEY” is the crazy flexxxxxxxx cause that means he co signssssss!!!! (Mind you, this is on set of a commercial we did together that he requested me for 😩😩😩),” posted Taylor.

“He told me that he is honored that he was an inspiration for my director name and that he loves all my work!!! I’m sorry y’all I’m gagging rite now!!!! It’s so dope to know ya hard work is recognized especially by the greats before us that we love and respect so much!!!!! Truly a dream come true!!!! I had a dream and I made it a reality!!!!! Won’t he do it?!!! Amennnnnnnnnn 💚💚💚💚,” she wrote.

Taylor won Video Director of the Year at the 2020 BET Hip Hop Awards and also spoke with Forbes in April about being behind the camera and helping her fellow artists’ ideas come to fruition.

“It’s therapeutic for me. I really get in my zone. I really get in my bag. And I really just enjoy being behind the screen — I think more so because you’re helping someone bring their vision to life. And one thing I’ve always been is a helper,” Taylor previously told Forbes about her directorial game.

While Taylor kept the details of the new commercial under wraps, she did share a few photos of meeting her mentor Spike Lee. Check out the pictures below. 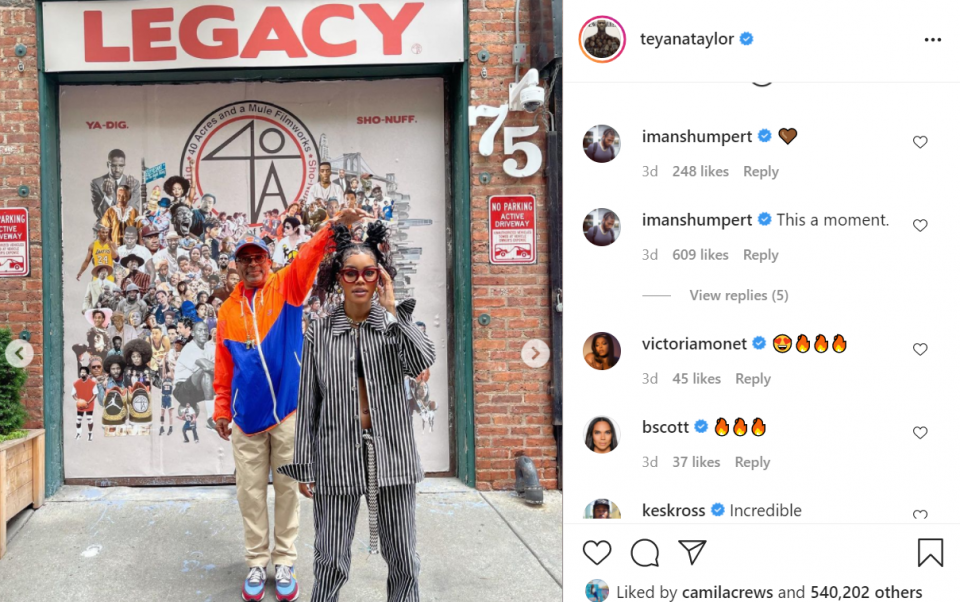 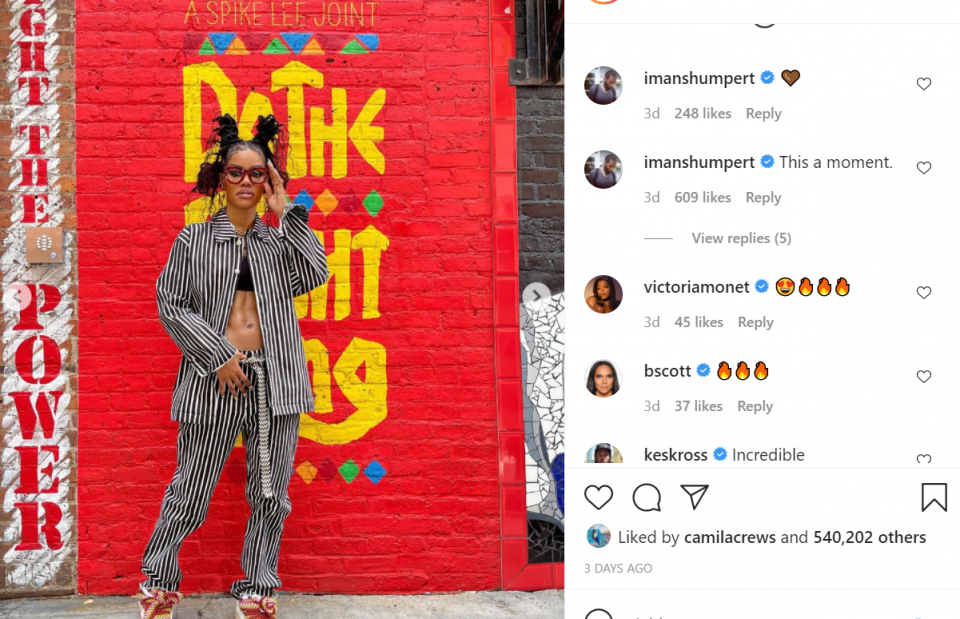 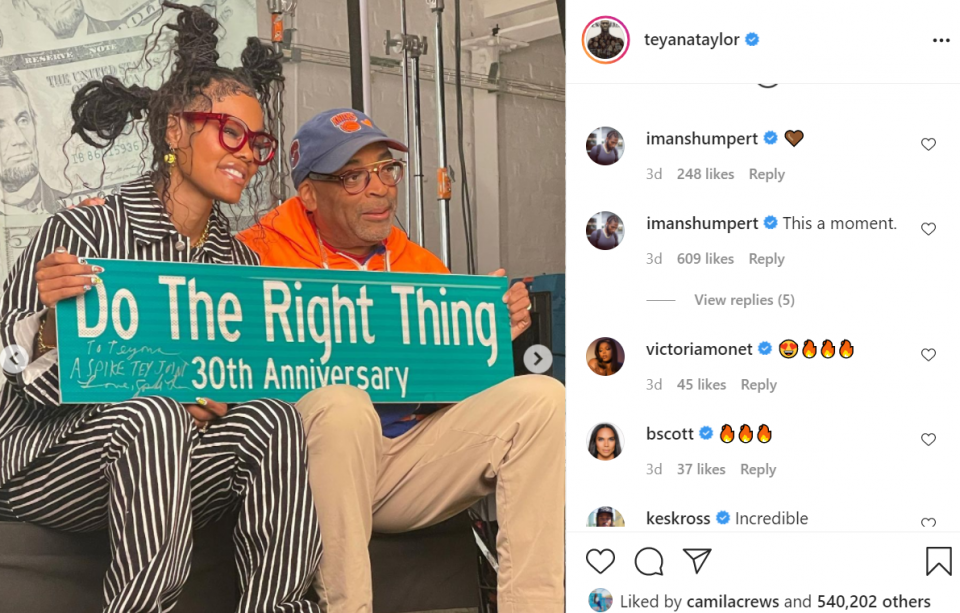 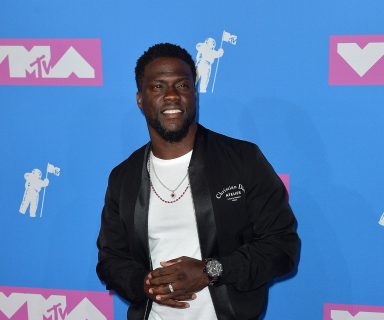 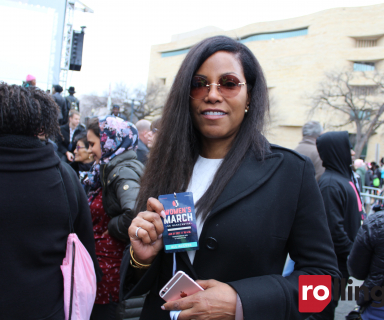 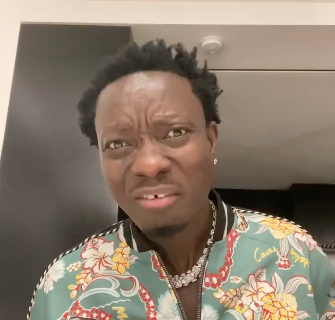 Watch Michael Blackson propose to girlfriend on ‘The Breakfast Club’ 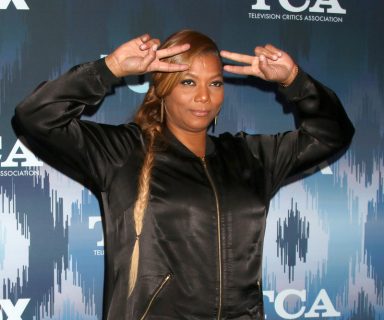 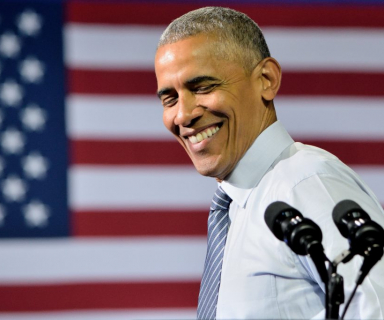 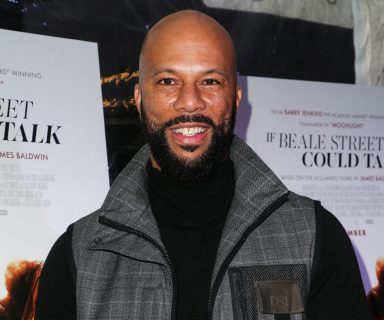