Actor Harry Lennix, whom many urbanites might remember from the Wayans’ Bros. hit comedy Mo’ Money, demands that Will Smith surrender his Oscar trophy expeditiously.

Lennix, who currently stars on NBC’s “Blacklist,” wrote that the “10 years as discipline for slapping Chris Rock is little more than an extended time out for a playground bully,” and “that it is a toothless penalty that lays bare the shallowness of Hollywood morals,” he wrote for Variety magazine.

To reiterate what Lennix deems was a heinous act by Smith, there is no other way to reconcile how Smith contaminated the Oscars proceedings but to relinquish the Oscar he won. Smith took home his first Academy Award for Best Actor after brilliantly portraying Venus and Serena Williams’ father in the film King Richard.

In fact, Lennix also penned that Smith should “express mail” the trophy back to Hollywood and even suggested what Smith should say: “Out of respect for the 94 years of honor conferred upon this award, I do not in good conscience feel worthy of being its custodian.”

The actor added that the only thing more galling than what Smith did was referencing a Higher Power during Smith’s “surreal” acceptance speech as well as the Academy’s failure to eject Smith from Dolby Theater after smacking Chris Rock.

Black Twitter, including actress Sheryl Lee Ralph, climbed all over Lennix for his lack of compassion for a man who is, for the time being, “ruined.” Others bombarded Lennix for his flagrant hypocrisy since he did not demand that rapists and pedophiles like Harvey Weinstein and Roman Polanski return their Oscars.

Are we trying to kill him? This was very bad but it certainly is not the worst thing to happen at the Oscars! What happened to compassion and empathy? He is ruined. Will Smith Must Return His Oscar: Guest Column – Variety https://t.co/oBevLeRcpJ

So many black celebs out here Shoe Shufflin for Massa approval. Where was this energy for all the white oscar winners who are known rapists, pedophiles, and racists? #DoubleStandards #HarryLennix #WillSmith https://t.co/hzOCHng8nv

#HarryLennix Needs to stop it! I just got mad all over again. Why would he return something he earned?!? Then, you said to RESTORE THE AWARDS HONOR! Have you lost your damn mind?!? What honor? You have rapist that have the award. But Will is destroying its Honor?!? 🤦🏾‍♀️🤦🏾‍♀️🤦🏾‍♀️ 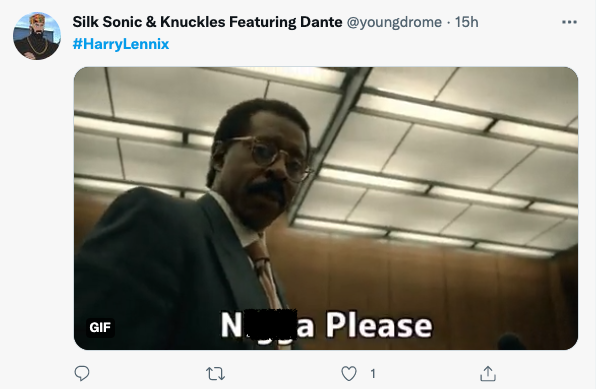 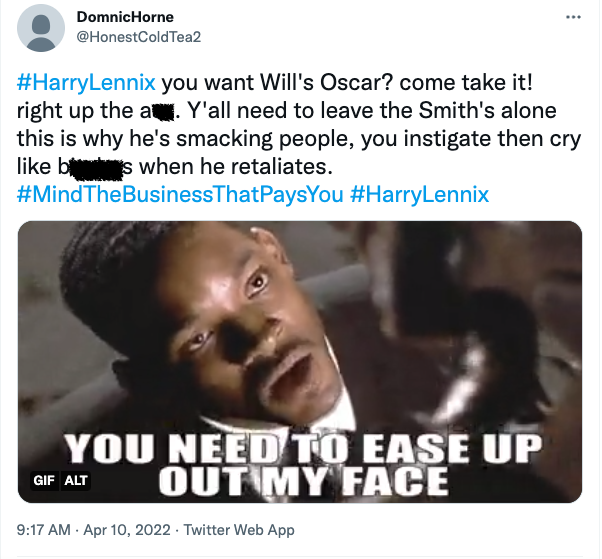