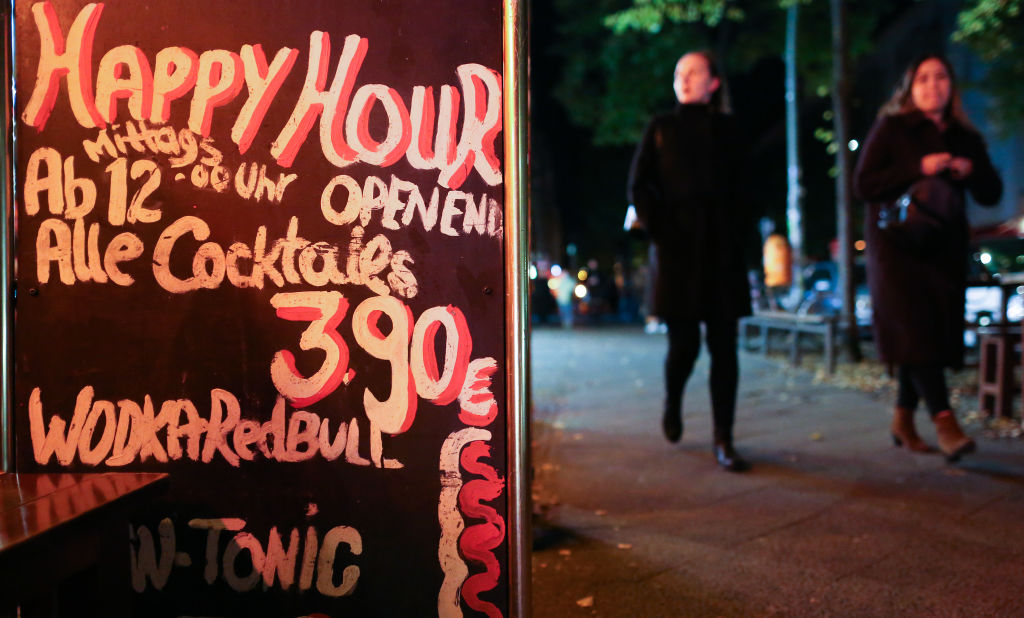 This summer, Americans would prefer a “happy three hours” instead of just one.

That’s according to a new poll of 2,000 adults aged 21+, where over a third (38 percent) of respondents said a happy hour should span an average of about three hours.

Even so, respondents usually spend about two and a half hours at any given happy hour.

The summer season brings longer, brighter days which makes room for activities like happy hours, and this year is no different.

In fact, 68 percent of respondents are looking forward to making up for “lost” summers this year due to the pandemic and 64 percent consider themselves to be more excited for this summer than in previous years.

More daylight boosts the mood for more than half (55 percent) of respondents and 61 percent feel guilty if they “burn daylight” during the summer months.

Hoping to take advantage of as much as possible during the summer months, respondents are looking forward to catching up with friends (43 percent), going out more often (39 percent) and music festivals (35 percent).

Conducted by OnePoll on behalf of Bevy Long Drink , the survey also showed that almost two-thirds (65 percent) of respondents said they are more likely to participate in happy hour during warm weather.

So, it’s no surprise that 36 percent believe happy hour should be the longest in the summer.

When looking at preferred days of the week to partake in a happy hour, data shows that Tuesday is the ideal day to hit the bars after work, with the majority of respondents (18 percent) crowning it as their go-to happy hour day and Friday being a close second (17 percent).

“As we all look forward to the summer season, social activities like happy hour have taken on a new meaning, so why just limit happy to one hour?” -Andrea Desaulniers, Brand Manager, Bevy Long Drink.

“And we found that the majority of respondents are likely to try new things while they are out at happy hour, so we’re excited to offer a new beverage to kick-off their summer celebrations.”

Respondents were divided over the difference between a happy hour and a pre-game, with one respondent saying, “[A] pre-game is a whole party with friends and family. Happy hour is a few cocktails after work.”

Another said, “I’m more free when having a happy hour.”

Regardless of definition, when looking for the perfect drink to sip on during happy hour or at a pre-game, 40 percent of respondents are looking for something refreshing.

And almost half (48 percent) lean towards easy-to-drink beverages.

Overall, 63 percent of respondents agreed that they like to try new things at happy hour.

To that same tune, 65 percent prefer going to happy hour during warmer weather so it’s no surprise that 21 percent say the cold weather keeps them from attending.

Even so, 20 percent of respondents say nothing in particular will keep them from participating in a happy hour.

There is one thing respondents can agree on — happy hour start time. For both weekends (24 percent) and weekdays (23 percent), the majority prefer happy hour to begin somewhere between 4 p.m. and 5 p.m. “

Whether making up for lost time with friends or getting out and trying new things, people are looking forward to being social again this summer more than ever,” said Desaulniers.

“Seeing that drinking ease and a refreshing taste are important to almost half of respondents partaking in a happy hour (or three), drinks like Bevy are a great option to kickstart your adventures all season long.”