How a pair of Puma slides saved a woman’s life 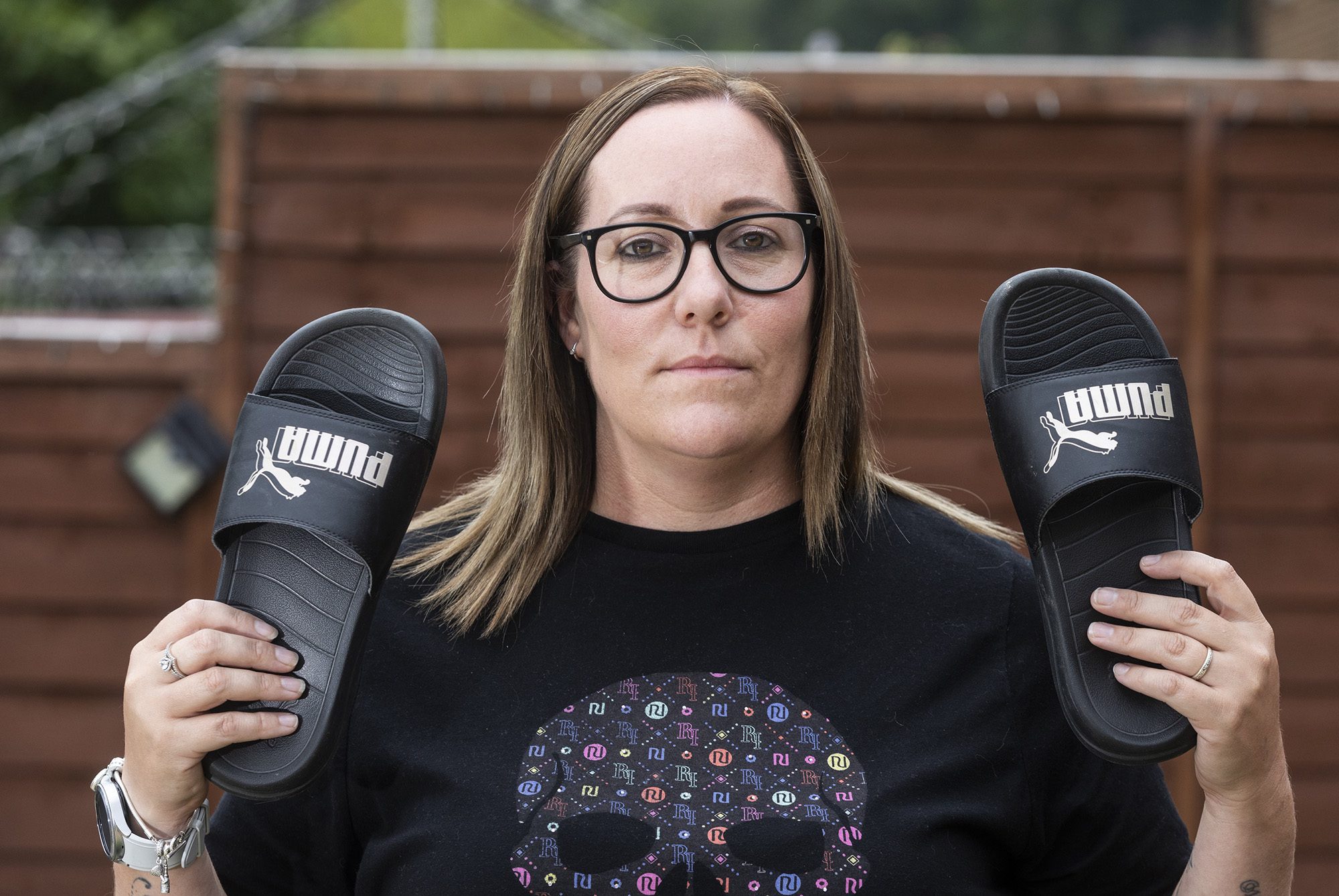 A woman has revealed how a pair of $36-worth Puma sliders saved her life after she was nearly electrocuted while vacuuming her Astroturf outside her home.

Kerry Tattersley, 36, was vacuuming the artificial grass in her backyard when she went to remove the extension lead and ended up touching a live current.

The contact resulted in an instant electric shock with enough force to throw her back into the nearby wall.

Tattersley, a caregiver from Halifax in northern England, in the United Kingdom, said: “I was in my garden vacuuming my artificial grass and my extension lead was plugged in too.

“I had finished vacuuming the grass and went to unplug the extension and the back plastic bit must have been loose.

“I didn’t know, and I grabbed it and it fell off while I had hold of the plug and I got electrocuted and I got flung back into my wall.

“The pain was like a dull ache and a massive tingle through my body and it was like electricity going through my arms.

“I was running up and down my kitchen. My arms were shaking, but I couldn’t stop them from shaking either.

“It was like I had no control over them. It was like an eight out of 10 pain.”

Despite the shock, Tattersley didn’t immediately seek medical attention and it was only when she started experiencing shortness of breath that a friend convinced her to call 111 [London Ambulance Service].

She added: “I was on the phone to my friend and she said I needed to ring the hospital but I said ‘I’ll be fine’.

“But I started to breathe a little funny like losing my breath so she said ‘well ring 111 if you don’t want to phone the hospital, just get some advice’.

“So, I did, and the operator said for me to stay where I am, and an ambulance is coming for me and for me to go get my daughter from bed just in case I go unconscious and what to do if I do.”

The operator on the end of the line sent out an ambulance to her house where she was taken to Calderdale Royal Hospital, located in Halifax, England.

“When the paramedic arrived they did my heart rate and blood pressure then asked the normal questions and also asked what happened and if I had taken any medication and how my pain felt.

“They then said I needed to go to the hospital because my pulse was fast and my heart rate was a little high and my hands are two different temperatures.”

Tattersley was given paracetamol and was taken to the local hospital where she was seen within 10 minutes and given an electrocardiogram.

She was left with nerve damage in her arm, but doctors explained that her life was saved by her plastic Puma sliders that prevented her from becoming grounded by the current.

Tattersley said: “The doctor asked what had happened then he explained about what happens when you get a nasty shock.

“He then said: ‘Are those what you were wearing at the time?’

“I said ‘yes’, and he said, ‘well you’re lucky because they probably saved your life.’ I was shocked, literally.”

The doctors explained that the rubbery footwear acted as an insulator and saved Tattersley’s life because they stopped the electrical charge from the socket from reaching the ground through her body.

She added: “I am better now. Just my arm and right hand are very weak. I can’t really hold a lot in it.”

The post How A Pair Of Puma Brand Slides Saved A Woman’s Life appeared first on Zenger News.