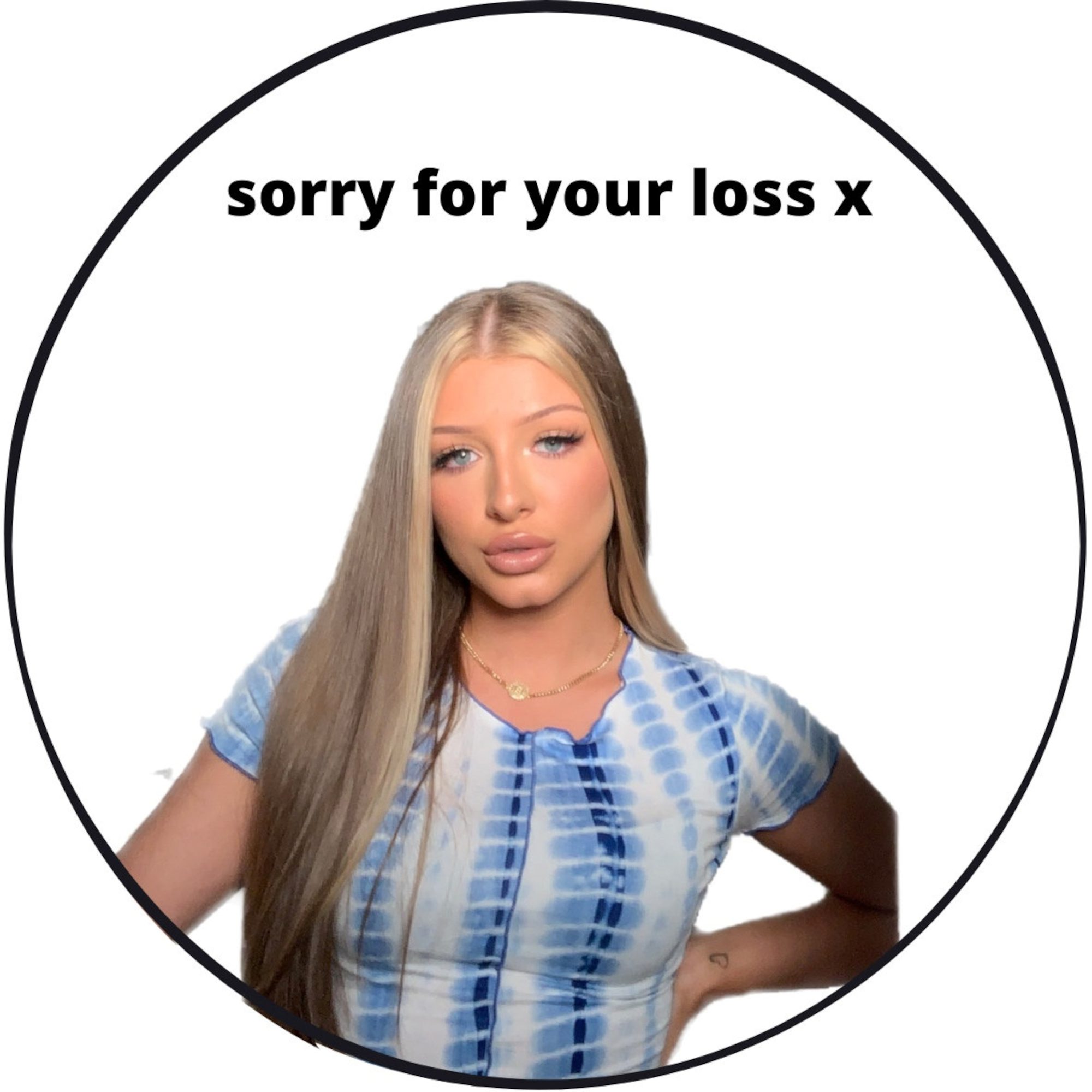 A woman made her colleagues “sorry for your loss” candles when she quit her job so they could “mourn her” – complete with a photo of her face on the label.

Branka Oljaca, 24, decided to make the presents as a funny joke for her workmates.

The former dental assistant had decided to leave her job after starting up a candle business and wanted an inventive way of saying goodbye.

Thankfully her colleagues took the joke well and found it hilarious.

Oljaca, who works in customer service, from Adelaide, Australia, said: “I wanted to do something to give to everyone when I left.

“And I just suddenly had this idea to make these ‘sorry for your loss’ candles as a joke.

“I’m extra so I wanted to make a big deal as I left.

“Thankfully everyone found them hilarious.

“My friend sent me a video the next day of her lighting the candle and fake crying to mourn me.”

Oljaca decided to quit her job in June 2021 after three years when her candle-making business started to take off over lockdown.

Her colleagues were supportive of her new venture and Oljaca wanted to do something special to say goodbye.

“I knew I had to do something,” she said.

“I made them candles at Christmas so I was thinking along those lines and then I thought I could make it funny.

“I got it in my head to make ‘sorry for your loss’ candles with my face all over them and knew I had to do it.”

Oljaca printed out labels with a photo of herself with the words ‘sorry for your loss’ and stuck them to her homemade scented candles.

She filmed the video and put it on Tiktok and before long it went viral with 2.7 million views and 437k likes.

“My mom thought it was a terrible idea,” Oljaca said.

“Then she saw how many views my video had and changed her mind.”

Oljaca took the candles in on her penultimate day of work and surprised them all with one.

“They all laughed so much,” she said.

“I was really sad to leave because they are such a great team.

“Ironically on my last day I burst into tears when they got me leaving gifts.

“They all joked then that it was my loss, not theirs.”

Since making the candles Oljaca has had messages for people to make them some.

“It’s great that everyone got the joke.”

The post Woman Who Quit Her Job Made ‘Sorry For Your Loss’ Candles For Colleagues appeared first on Zenger News.