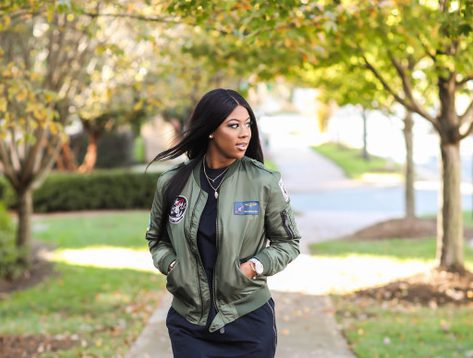 Jasmine Jordan understands what it takes to achieve greatness. The daughter of legendary NBA player and owner Michael Jordan, she was raised to put in the focus and hard work to accomplish success. A graduate of Syracuse University where she studied sports management, Jordan now works as a field representative for the Nike Jordan Brand. […] In the first episode of “RO Street Kicks,” we explore street style and sneakers in Los Angeles.

DC boy shot and killed over his Jordan sneakers 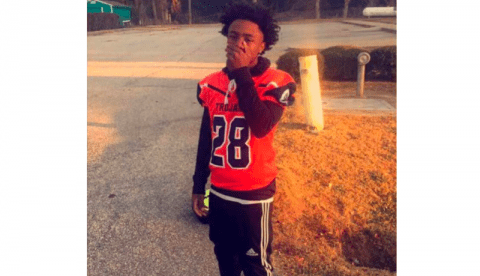 The number of young, urban males who have lost their lives to the exorbitantly-priced Jordan sneaker line continues to astound. This past weekend, another victim has surfaced as a Washington-area teen was shot and killed this week because of his brand-new, bright-red Nike Air Jordans, his mom and police believe. According to the Washington Post, James […] 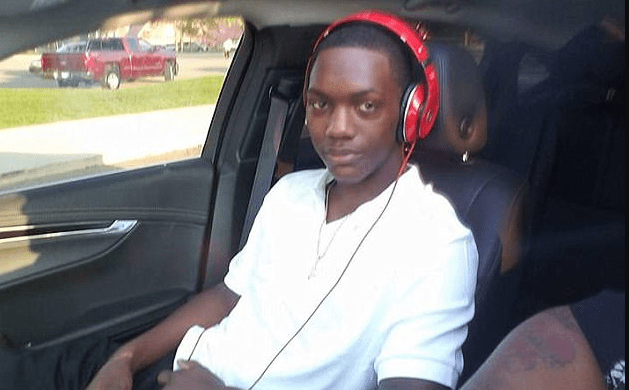 Corey Harris-Thomas, 17, wanted to earn extra money so he started a side business of selling sneakers. The Detroit teenager worked at a shoe store and would often buy, trade and sell sneakers. But he lost his life while doing what he loved following a violent encounter. On Jun 6, Harris-Thomas agreed to meet a […]

On Nov. 4, Teyana Taylor will release her debut album, VII. She will appear on rolling out’s cover on Oct. 30. During a recent photo shoot and interview in New York, Taylor revealed several interesting things about her life. Here are five things you didn’t know about Teyana Taylor. Teyana is in love with the […]

Gerard Smith continues to be a leading voice in the sneaker community with his blog, The Shoe Game. On Sept. 13, Smith and The Shoe Game will team up with Mike and Dave Pazmino for Kixfair Premiere Sneaker Convention at the Georgia World Congress Center in Atlanta, Georgia. Founded by the Pazmino brothers, Kixfair will be […]

The top sneaker aficionados in the Midwest were on hand at the 2014 Sole Expo in Chicago. Held at the Lacina Artist Lofts, attendees were able to buy, sell, and trade rare sneakers that are hard to find. One of the most expensive sneakers on hand was the Louis Vuitton Jasper designed by Kanye West […]

Nike Air is set to release the Yeezy 2 “Red October” but no official date has been set. However, if you are in the inner circle with Kanye West, you should get your pair of the rapper’s signature sneaker soon. Deliveries have already been made to those on the friends and family list. Check out […]

Air Jordan sneakers are the most coveted athletic shoes in the world. The demand is so high that a 37-year-old police officer decided to risk his career over a pair of them. According to Dallas News, Sgt. Antoine Williams stole a pair of Air Jordan sneakers from a suspect during a drug raid. On Oct. […]

Air Jordans will never go out of style. Take a look at the top 50 Nike Retro Air Jordans.

b In this week’s best celebrity sneaker moments, LeBron James wears the Nike Destroyer; The Game compares his Air Jordans to a pair Denzel Washington wore in He Got Game; Stalley and Rocki Fresh pay homage to the Air Jordan 1; and Future wears the Raging Bulls sneakers at SXSW. Click continue to view the […]

Teyana Taylor recently teamed up with adidas Originals to introduce her new sneaker, GLC Harlem. The sneakers, which pay homage to Taylor’s hometown, retails for $140. The sneakers sold out within 10 minutes of the release. But Taylor has a knack for staying on top of her sneaker game. Click continue to view Taylor’s 10 […]

Michael Jordan turned 50 years-old on Feb. 15. Although he hasn’t played a game in the NBA in years, his legacy continues to thrive on and off the court. His signature shoe, the Air Jordan, are still the preeminent sneakers when it comes to style and fashion. In fact, when most celebrity females aren’t wearing […]

Several of the top celebrities made sure that they were on point when it came down to their sneaker game during Grammy Awards weekend. Rolling out captured images of celebrities whose wardrobes were fresh from head to toe. Click continue to view several of the best sneakers from the ASCAP brunch that took place before […]

Chad Johnson hasn’t collected an NFL paycheck in 2012, but he continues to spend big for the finer things in life. Johnson, an avid sneaker collector, recently purchased one of the most exclusive sneakers in the world. Nike made 1,500 pairs of the Marty McFly sneakers and one pair sold for $37,500. Considering that amount, […]

Although violence over sneakers has declined since the ’90s, there are still incidents of assaults and homicides over highly coveted shoes. Within one week, two teens in different states were murdered after someone attempted to rob them of their sneakers. Click continue to view details.

Kanye West’s Nike Air Yeezy 2 Could Retail for $89,100; 5 Most Expensive Sneakers in the World

Kanye West’s Nike Air Yeezy 2 could possibly sell for more than an expensive car or a house. The most anticipated sneakers of the summer will be released on Saturday,  June 9 at select shoe stores at a retail price of $325. But some have already gotten their hands on a pair of the coveted […]

Kanye West’s Nike Air Yeezy 2 shoes are the most anticipated sneakers of summer. Sneakerheads across the nation are gearing up for the June 9 release by camping out in front of select shoe stores for a chance at purchasing the shoes that will likely retail for $350, but could command as much as $2,400 […]

7 Greatest Summer Sneakers of All Time

The official start of summer is several weeks away, but this is the perfect time to consider new sneakers to wear during the hot and muggy days. In honor of America’s favorite season, we have compiled a list of the seven greatest summer sneakers of all time.