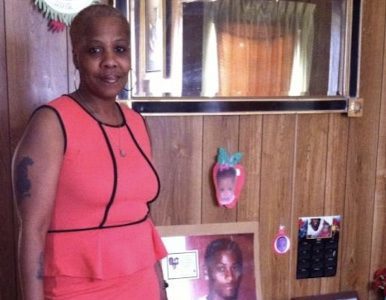 Chicago continues to be an example of what happens in disenfranchised communities. Crime and poverty run rampant in certain parts of the city, while other areas are perpetual tourist destinations. According to heyjackass.com, 142 people have been killed since the start of the year in Chicago. Marshall Hall, the son of Donna Hall, became one […] 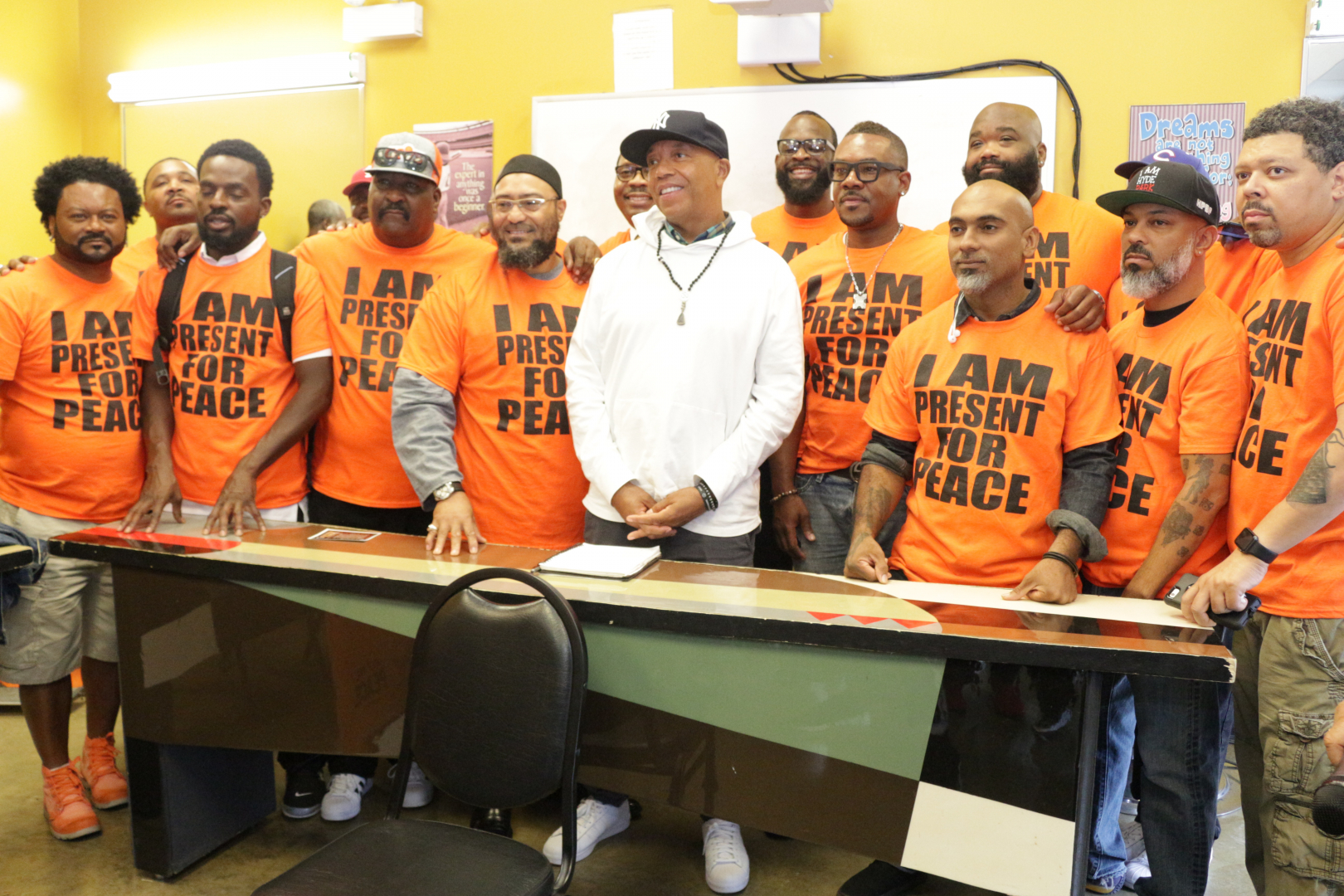 RushCard, which was co-founded by hip-hop impresario Russell Simmons, gave $50K to the Chicago community to help reduce youth violence. Simmons and the Peacekeepers held their first barbershop recruitment event to get community members to become Peacekeepers in Chicago. The event was held at Larry’s Barber College, 10456 S. Halsted St. See photos below. Photo […] President Donald Trump hosted an event for Black History Month at the White House. With his Black confidants, Omarosa Manigault and Ben Carson, by his side, Trump shared a few thoughts on Black History Month. However, he took the occassion to speak mostly about himself and his ongoing feud with CNN. Darrell Scott, a Cleveland pastor, […] The Kids Off the Block group under the leadership of Diane Latiker had a 24 Hour Peace Jam. The Peace Jam lasted from 12:00 p.m. to 12:00 p.m. last weekend in the Roseland community, 11623 S. Michigan, Chicago, IL. 60628. The students were recently released from school for summer break and Latiker created the event to help them […] Englewood pastor Andrew Gibson of the 73-year-old Vernon Baptist Church announced the first 24 Hour Prayer Walk. The walk took place over the weekend from 5:00 p.m. to 5:00 p.m. the next day. The walk was presented to display strength in the streets that are vastly weakened by violence. Gibson stated, “In the last three years, […] 5 things to know about mom of Chicago teen, Pierre Loury who was shot by police Another Chicago mother is grieving the loss of her child after the police shot and killed him Monday night. Chicago police say they were searching for a vehicle that had left the scene of a shooting, WGN reported. Authorities say officers spotted 16-year-old Pierre Loury in the suspected vehicle. The police claim that when they […]

Chicago boy shot in back after appearing in anti-violence video [jwplatform yM4eUlDV] The “Black is Human” social media campaign released an Advocacy Media Award-winning video last year speaking out against violence targeting Black boys. One of the children featured in the video was Zarriel Trotter, who was 12 years old at the time. On March 25, Trotter was shot in his neighborhood on the West […] [jwplatform S2SheM2s] Spike Lee introduces Father Michael Pfleger who is played by actor John Cusack in Chi-Raq. Father Pfleger prays for the movie and people at the movie premiere of Chi-Raq at the Chicago Theater.

Beverly Reed-Scott, organizer of the country’s largest African American parade, said at a Sunday news conference that, despite the violence, she was disappointed to see headlines about the parade focus on what she considered a “minor incident,” per the Chicago Sun-Times. The incident occurred around 12:30 p.m. Saturday, after two young men got into a confrontation […]

Two armed men in Chicago robbed a medical clinic of $1,700 worth of Viagra. They cleaned out the clinic’s entire supply. According to CBS Chicago, the two men, one bearing a semiautomatic gun and the other a handgun, gained entry on Saturday by claiming to want to see a dentist. When a worker opened the door, he was made to […]

Superintendent of the Chicago Police Department, Garry McCarthy said yesterday ongoing Chicago violence in the city is due to “lax state and federal gun laws.” According the Chicago Tribune, McCarthy was referring to a 13-hour period from Sunday afternoon until early Monday when four people were killed and at least another 26 were wounded, many of […]

Tameka Lawson, executive director of I Grow Chicago has started a new yoga program in an unconventional area. Located on the streets of a rough south side Chicago neighborhood, Englewood, the yoga classes were started by Lawson to curb violence in the city this summer and attempt to create a new perspective despite negative and […]

Born McArthur Swindle, a 21-year-old rapper commonly known as “OTF Nunu” or “Nuski,” was gunned down at a shopping mall in the Chatham neighborhood last Saturday afternoon. Reportedly, funeral services are being scheduled for this coming Sunday. The first cousin of Def Jam recording artist Lil’ Durk or Durk Banks, Nunu was sitting in his […]

Lenore Draper killed  A Chicago woman working to curb the rampant violence in Chicago was killed Friday after leaving an anti-violence fundraiser. Lenore Draper, 32, was found dead in her car after what police suspect was a drive-by shooting. The Chicago Tribune reports that she was struck in the chest and arm around 10:35 p.m., just […]

Chicago park shooting leaves 13 injured  A mass shooting overnight left 13 people with injuries, including a toddler. Authorities report that a 3-year-old is in critical condition after being shot at Chicago’s Cornell Square Park late Thursday. The child was shot through the ear in what police suspect was a gang-related incident. The bullet exited […]

An employee at Dunbar Career Academy High School in Chicago could face serious charges after pushing a female student. According to reports, a worker who was hired as a security guard by private firm got into an altercation with the girl who is currently a sophomore. A video of the altercation was recorded on a […]

Three Chicago teens are facing sexual assault charges after raping a 12-year-old girl at gunpoint and posting the footage on Facebook. According to reports by the Chicago Tribune, Scandale Fritz, 16, asked the 12-year-old girl to come to his house around 3:30 p.m. in December. When the girl arrived, Fritz’s friends, Kenneth Brown, 15, and […]

Chicago rapper Mic Terror talks illuminati, fresh prince of darkness and his opinion of the violence in Chicago