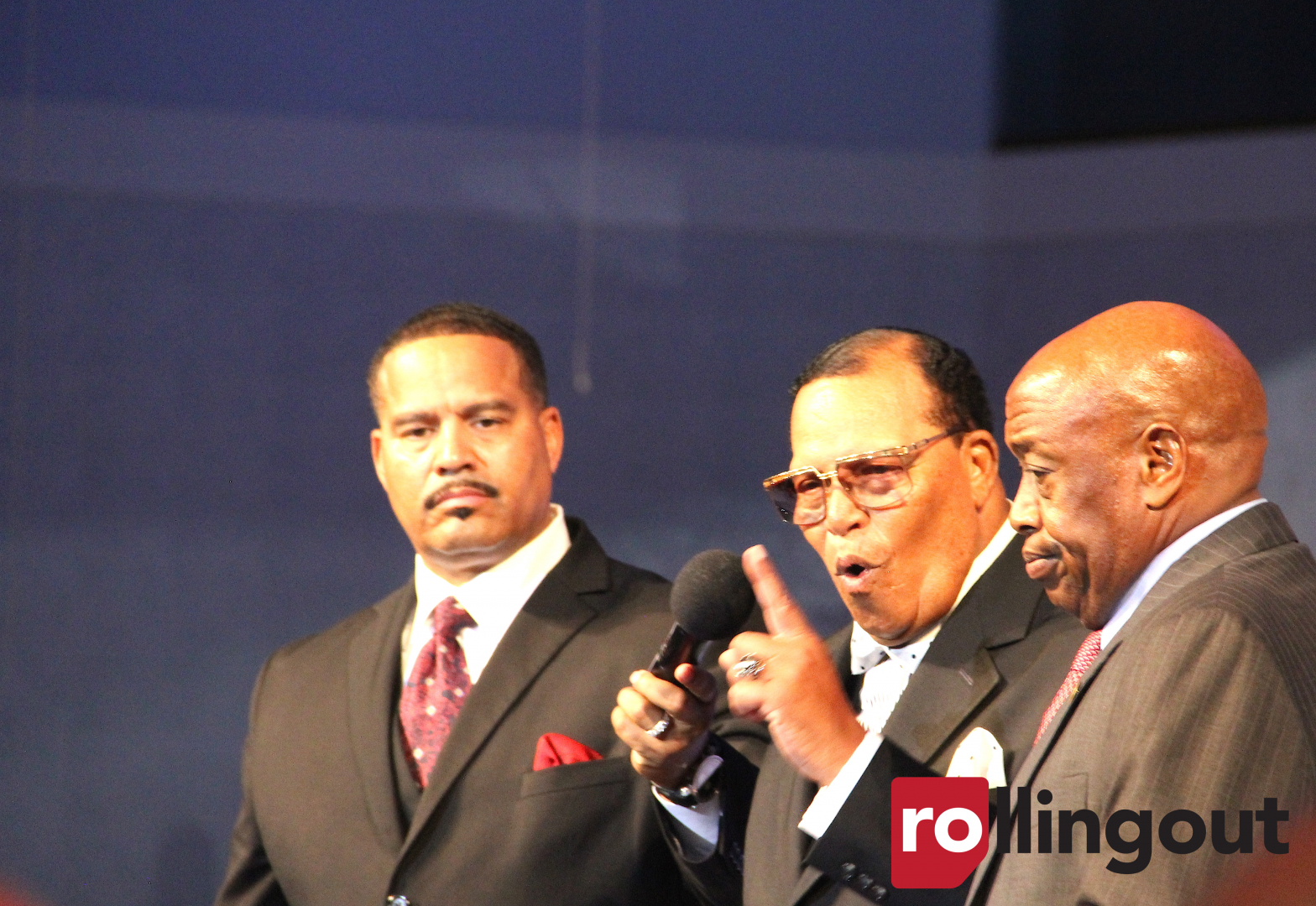 Facebook has caused a backlash after announcing the ban of Nation of Islam leader, Minister Louis Farrakhan. On May 2, the social media giant announced that Minister Farrakhan would be banned for using anti-Semitic language. After the ban was announced, Snoop Dogg shared his displeasure with a post on Instagram, which is owned by Facebook. […] 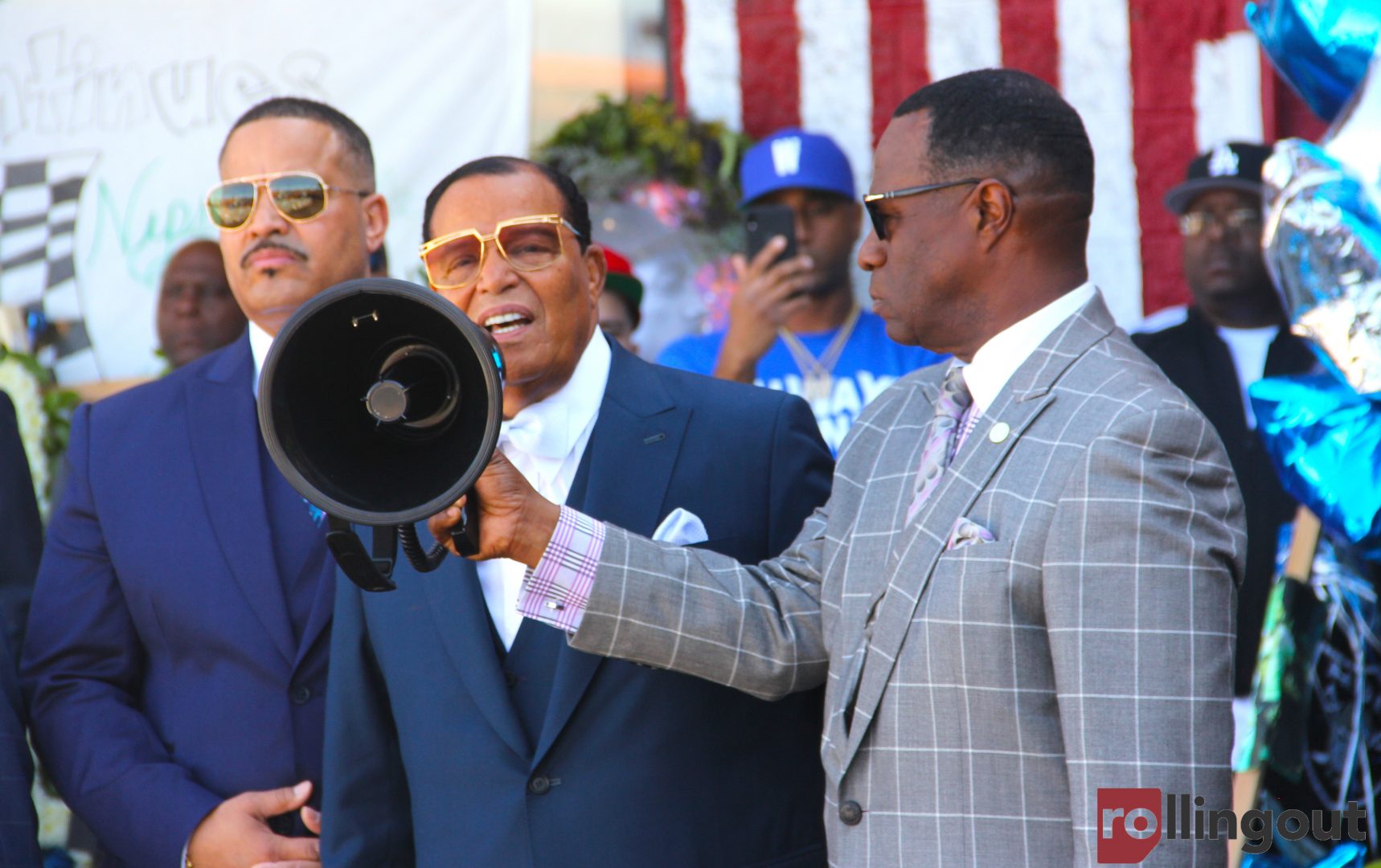 Minister Louis Farrakhan arrived at The Marathon Store on the afternoon of April 10 with dozens of Nation of Islam members in tow. On a day when Nipsey Hussle’s music blasted through speakers throughout most of the afternoon, the music and crowd fell silent as Farrakhan made his way to the makeshift memorial in honor of the […] 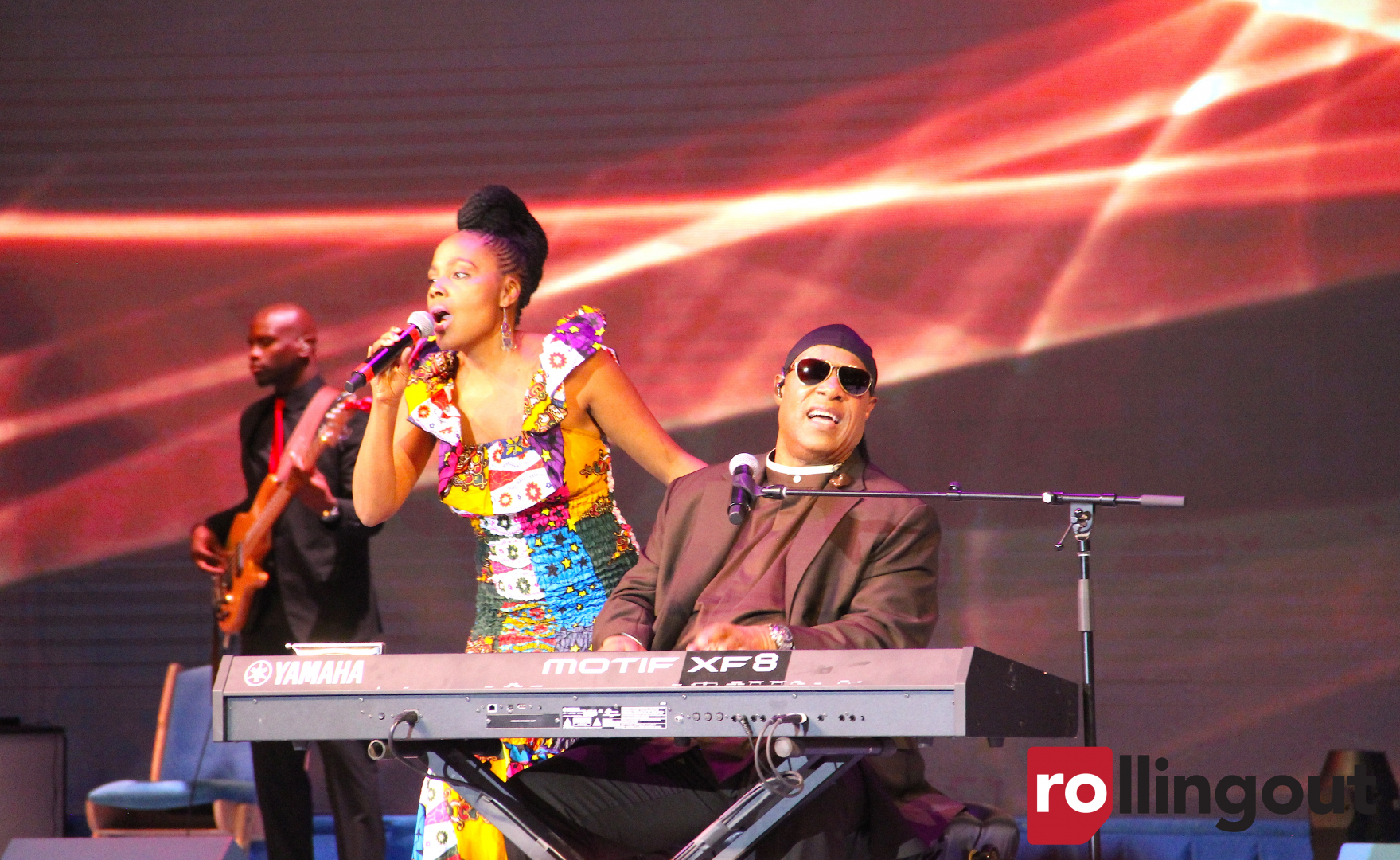 Dick Gregory touched millions during his 84 years of life. A man with such an enormous life deserved a gigantic home going. So for nearly seven hours, Gregory’s family and friends paid tribute to him at a funeral that proved to be a celebration of life and love. Held at the City of Praise Family […]

From T.I. to Farrakhan: Why it’s time to decolonize Black manhood Rapper-actor T.I. stoked the fires of controversy once again this week after the star shared his thoughts on the upcoming U.S. presidential election and former Secretary of State Hillary Clinton’s chances of claiming the presidency. Twenty years after the historical Million Man March, Black men, women, and children from across the country celebrated the anniversary by meeting at the National Mall on Oct. 11. The march served as barometer for the issues that continue to affect Blacks two decades after the initial march. Minister Louis Farrakhan delivered a riveting two-hour […] A startling newsletter was released by the Protective Services Bureau of the Division of Intelligence and Information Analysis within the U.S. Capitol Police regarding the upcoming “Justice or Else” rally. The newsletter was sent in September 2015 and obtained by the Washington Post. The document states Nation of Islam leader, the Hon. Min.  Louis Farrakhan “has […] Crystal Smith is the CEO of Joy105.com and Joy105 magazine. Her digital magazine covers a wide range of issues in the Black church. Whether it is HIV in the pews or Min. Louis Farrakhan, Smith has an opinion that many will find Christian and refreshing. We asked this busy entrepreneur a few questions about the Black church […]

Professor Earle C. Mitchell III: How we view Min. Farrakhan and his message Lincoln College of Technology professor Earle C. Mitchell is a highly respected Black intellectual  as well as a mentor and scholar of African and African American studies. Mitchell is the author  of  Egyptian Origins of Washington, D.C.  He holds a bachelor’s from Morehouse College, and his master’s in African-American studies from Clark Atlanta University. Rolling out […]

Farrakhan delivers message to Charleston despite being blocked by Black preachers [jwplatform q3F37w4y] Min. Louis Farrakhan was blocked from delivering a message of justice to the people of Charleston, South Carolina, by some members of the Black community. Despite this slight to Min. Farrakhan, his powerful message was still delivered via this video.

Why are Black preachers in Charleston scared of Farrakhan

The spirit of Black unity on social issues is on the rise once again. While this spirit is welcomed by Blacks it has become a source of fear to those who have benefited from White supremacy and enjoy White privilege. This is evident when you listen to the words of conservative news hosts like Bill […] Hundreds attended the Emmett Till remembrance dinner at the McCormick Place Hyatt in Chicago, Illinois this past weekend. This was part of a series of events commemorating the murder of Emmett Till 60 years ago in Mississippi. Noted journalist and TV news personality Roland Martin recently announced a change in time and format to his program “News One Now.” The program is the only daily news show that brings analysis of politics, entertainment, sports, and culture from an explicitly African American perspective. The new time will be 7 a.m. weekdays beginning on […] [jwplatform TfL7ZYug] The Hon. Min. Louis Farrakhan appeared on Pastor Jamal Bryant’s cable TV show and spoke about Cecil the lion.  The video shows the disproportionate attention given to the killer of the lion in relation to the killers of Black men. Now at this critical juncture in the history of Blacks in America, he is reaching out once again to hip hop artists about their music.