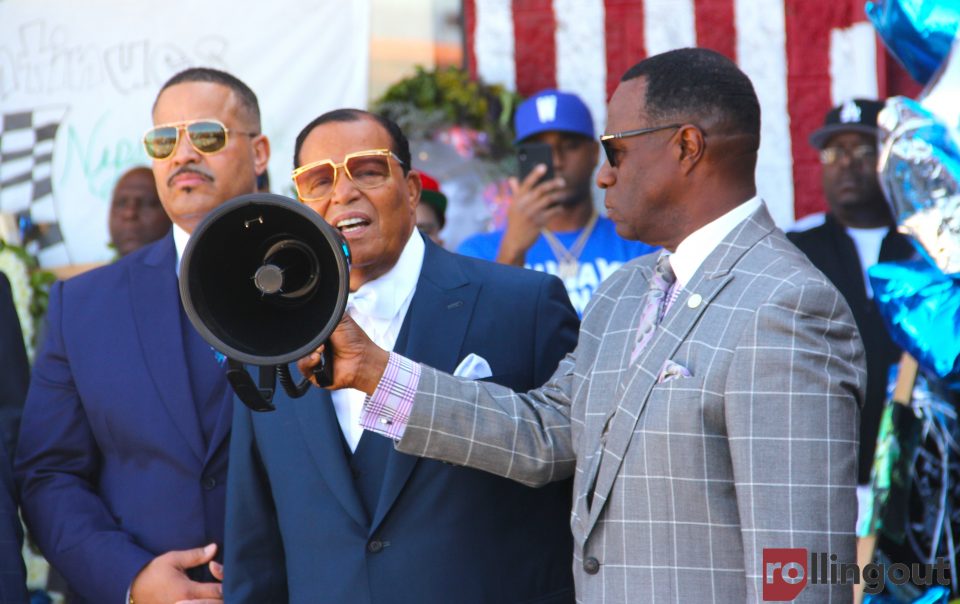 Minister Louis Farrakhan arrived at The Marathon Store on the afternoon of April 10 with dozens of Nation of Islam members in tow.

On a day when Nipsey Hussle’s music blasted through speakers throughout most of the afternoon, the music and crowd fell silent as Farrakhan made his way to the makeshift memorial in honor of the fallen rapper.

Shortly after paying his respects, Farrakhan gave a short speech to the crowd that gathered in front of the strip mall that is owned by Nipsey and where his life was taken on March 31.

“All of you that love him, you cannot let his legacy die,” Farrakhan told the crowd. “He called it a marathon. And you know a marathon is no lightweight jog or sprint. And Jesus said, ‘The race is not to the swift or even to the strong, but the race to those who can endure until the end.’ ”

Farrakhan continued, “Because life must fade away and ultimately the flesh will die and return to the Earth. … He’s someone God lent to the world, like you and me. So that spirit that is in you, the energy of your life, you must use it like Nipsey used his.”

Nipsey Hussle will be laid to rest today following a service at the Staples Center in Los Angeles.