Xernona Clayton is founder, president and CEO of the Trumpet Awards Foundation Inc., and creator and executive producer of the organization’s Trumpet Awards. The Trumpet Awards is a prestigious event highlighting African American accomplishments and contributions. Clayton began her television career in 1967 and became the South’s first black person to have her own television show. […] 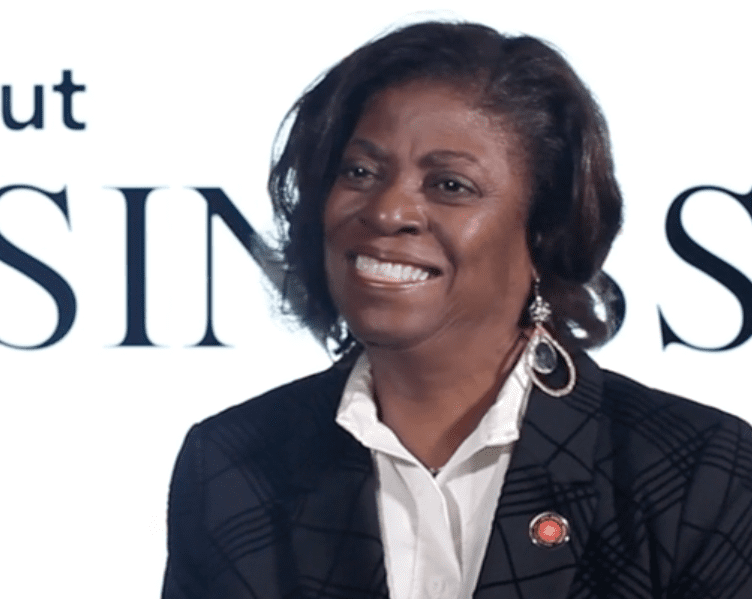 Vicki Phelps Chancellor is chief marketing officer for the Chancellor Management Group LLC, which owns and operates McDonald’s restaurants in the greater Atlanta area. Chancellor holds that the skills that are essential for business leaders include, “developing leadership capacity; collaborating across boundaries of your immediate responsibilities; valuing and utilizing diversity; and using technology to manage […]

Terrez Thompson is the vice president of global supplier diversity for The Coca-Cola Company. She is responsible for formulating policies, practices, and strategic initiatives that are designed to engage minority, women, and veteran-owned firms as strategic business partners. Its mission is to maximize procurement opportunities with diverse suppliers that mirror the consumers that make up […]

Nedra Dickson is the global supplier diversity and sustainability lead for Accenture. Accenture strives to maximize the value of their supplier relationships and places a high value on diversity as evidenced by their ongoing programs to attract, retain and advance women, minorities and other diverse groups. The busy executive offers sage advice to women who […]

Marian Y. Woods, known as Lady Propel, is founder and CEO of My Girlfriends Inc., a nonprofit providing development opportunities for women finding themselves in a proverbial holding pattern, unable to advance. She is also founder and host of Propel Women’s Empowerment Symposium and Expo, an annual personal, professional and leadership development event. Woods has more than 24 years […]

Born to an Irish mother and African American father, Kim Etheredge grew up having hair issues. She learned how to maintain her hair at an early age. This eventually led to her founding Mixed Chicks with business partner Wendy Levy. After sharing hair secrets about mixing and matching so many products, they decided to create […]

Ericka Dotson is co-founder and creative director of Indiqué Hair. She was inspired by clients to fill the void in the hair extension industry with a premier, knowledgeable and customer-oriented business. As the creative force of Indiqué Hair, she spearheads the innovative pieces in all collections and branding methods. With Dotson’s vision and experience, Indiqué […]

Track and field athlete Monica Hargrove is a native of New Haven, Connecticut. The Georgetown University graduate was selected as an All-American in 2002, 2003 and 2004. Hargrove, a commercial and fitness model for Under Armour, is expanding her brand into the world of beauty and fashion. She refutes the idea that female athletes are […]

Arnika Dawkins is the owner and self-described “gallerist” of Arnika Dawkins Gallery, which showcases photographic fine art. She is passionate about her craft, having received her Master of Arts in digital photography from the Savannah College of Art and Design. Established in 2011, Dawkins shows works by talented emerging and mid-career artists with a specialization […]

Tiffany Y. Mitchell, Ed.D., has taught for Atlanta Public Schools on the elementary and middle school levels for more than 14 years. Her instructional concentration is in language arts with an emphasis on reading, writing and grammar. Additionally, Mitchell extends her commitment to higher education as a professor at Atlanta Metropolitan State College. Mitchell is […]

Cassandra Pierce is the senior catering sales executive for the Atlanta Airport Marriott Gateway. After graduating from Clark Atlanta University with a bachelor’s in political science, Pierce believed her heart belonged to the hospitality industry. Her dream job was to work for an industry leading hospitality organization and achieve the highest level of success in […]

Dawn Luke currently serves as managing director of housing finance at the Atlanta Development Authority, dba Invest Atlanta, where she is charged with providing leadership and strategic direction in the successful execution of the housing vision for the authority and the city of Atlanta. A native of Georgia, Luke has been employed with Invest Atlanta […]

Alexis Cierra Holt is a financial representative and agency owner for COUNTRY Financial and a philanthropist. She has led countless marketing initiatives that increased marketing awareness and generated leads that have resulted in significant revenue. Since her career began at COUNTRY Financial, she has ranked in the top 200 producers in the company out of […]

JaKathryn Ross is the founding executive director of Youth Entrepreneurs® Georgia, also known as YEGeorgia, a high school program that gives students the tools necessary to become or think like entrepreneurs. She is also the director of community affairs for Georgia-Pacific. As a recognized leader in entrepreneurship education, Ross also shares her knowledge as an […]

Alexis Davis Smith is the president and CEO of PREecise Communications. With more than 20 years of experience, she is responsible for creating breakthrough and strategic communications programs for leading companies, nonprofits and organizations including brands such as Coca-Cola and Toyota. Smith shares three important factors of being a successful woman which include, “Knowing who you […]

Catherine Tyler is lead marketing manager for AT&T Mobility where her professional interests focus on targeted and channel marketing for emerging technology and consumer insights. Additionally, Tyler is a strong advocate of teaching young women HTML coding, and she is involved in the Girls Who Code organization. On being a powerful woman, Tyler believes, “It […]