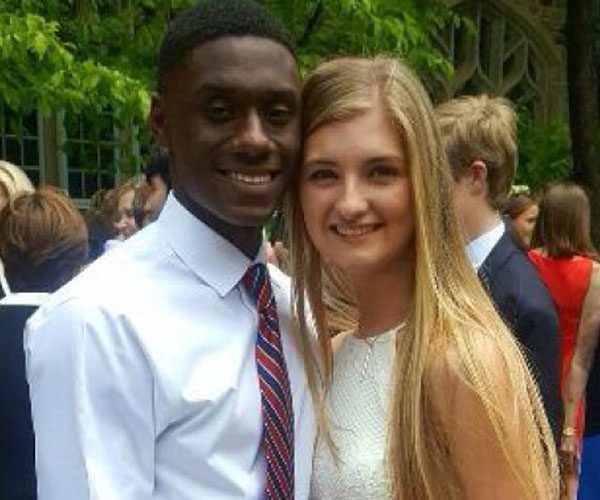 A high school senior’s parent’s disapproval of her dating a Black student has publically backfired. Allie Dowdle, 18, is a graduating senior at a private school near Memphis, Tennessee. She started dating a Black college student against her parent’s wishes and in response, her parents cut off her support and endangered her college plans.

Dowdle appealed to social media and created a GoFundMe page to help with her tuition. She states on her page, “About a year ago, I told my parents that I’d started dating a boy named Michael, pictured with me above. Hoping to share him with my family, I showed my parents his picture, and the conversation was over before it even began. My dad did not give me an option:  he told me that I was not allowed to see Michael ever again. Why? Strictly because of skin color.  It wasn’t a quiet ‘no,’ either. I’ll never forget the yelling my parents did when they expressed how disappointed they were in me, that I could do so much better. “

According to Dowdle, she continued to see Michael and over the Christmas holiday her parents found out. Her parents took her car, personal savings, cellphone and said they would not pay her college tuition. Since she posted her story to social media she has raised $12,408 that will now pay her college tuition costs. When the media confronted her parents about their daughter’s story, her father Bill Dowdle stated that he was not racist. The fact that his daughter was dating a Black man may not be his “preference” because of “issues” involved with biracial dating in the South, but that it is not his place to pick who she dates now that she is 18. He went on to state to the media that he decided to cut off her college money because she has been spoiled and “it became obvious that she needed to go out in the world and grow up.”