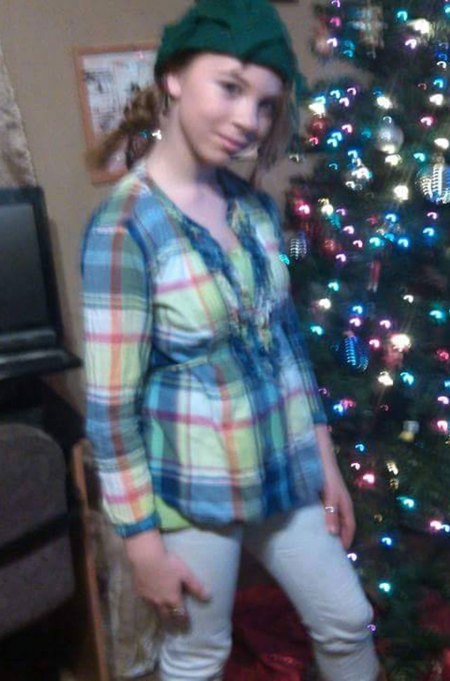 Georgia police are investigating a 12-year-old girl’s death after claims of sexual abuse led her to take her own life while live-streaming outside her family’s home in late December, multiple outlets reported.

On Dec. 30, Katelyn Nicole Davis filmed her death by hanging from a tree in front of her Cedartown, Georgia, home, reports say. In a video, taken prior to her suicide, Davis alleged she had been physically and sexually abused by her stepfather. At 21:24, of the 42-minute clip, Davis tells the world, “Goodbye.”

According to the footage, 20 minutes of spine-chilling silence follows after Davis takes her life. Later on, her family can be heard scurrying around in the background and calling her name, before the footage ends. Polk County Police Chief Kenny Dodd pleaded with the public to stop sharing the video online, telling Fox Atlanta, “We want it down as much as anyone for the family and it may be harmful to other kids. We contacted some of the sites. They asked if they had to take it down and by law they don’t. But it’s just the common decent thing to do in my opinion.” The video has since resurfaced online.

Police are now investigating Davis’ sexual abuse allegations, Dodd told the Polk Standard Journal. Dodd went on to reveal that on Dec. 27, the late teen published a diary entry online, detailing the alleged sexual abuse and assault — an instance where someone attempted to rape her — Coosa Valley News reports. “It hurts. Everywhere hurts,” Katelyn, going by the nickname “Dolly,” wrote on her blog. “My heart, my soul, my feelings, my body …”

While no arrests have been made, the Georgia Bureau of Investigations is performing Davis’ autopsy. In the meantime, Dodd added that authorities are working diligently to take the video down — despite social media users claims they are sharing the clip to raise awareness about suicide.

If you, or anybody you know, is depressed or considering suicide, please call the National Suicide Prevention Lifeline at 800-273-8255.