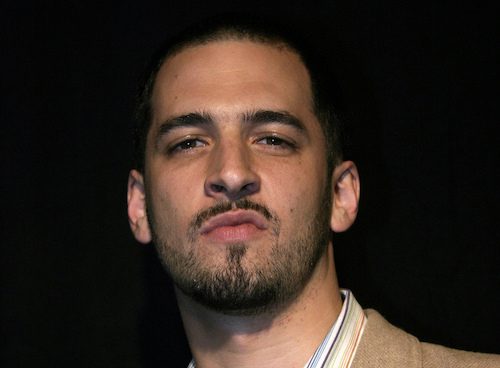 Before Robin Thicke and Justin Timberlake, Jonathan Buck, better known as Jon B., broke down barriers with his very own Blue Eyed Soul. Born in Rhode Island — raised in Los Angeles — the crooner developed an early affinity for R&B after his grandparents gifted him with Jackson 5 albums. Of course, the influence of Black music icons such as Michael Jackson only continued when he began attending predominately African American church services with his friends from John Muir High School.

Working first as a songwriter for his role models Michael Jackson, Toni Braxton, New Edition, and After 7, Jon B. caught the attention of Kenneth “Babyface” and Tracy Edmonds at the age of 19 when they offered him a recording contract with Yab Yum Records. In 1995, his debut album, Bonafied, went platinum thanks to “Someone To Love” — his duet with Babyface — as well as his follow up hit “Pretty Girl.”

At the height of the ‘90s, the singer dropped his sophomore album, Cool Relax, featuring classics, like “They Don’t Know” and a stand out collaboration with the late Tupac Shakur, “Are U Still Down” — recorded only weeks before the rapper’s death.

However, like many White artists attempting to crossover in the early ’90s, Jon B. faced many hurdles, including gaining recognition as a White soul singer and establishing his own musical identity outside of the Babyface sound. All clashes that would later create turmoil in his marriage. In fact, the singer went off the radar for several years — until now.

Seeking to take more ownership of his sound, Jon B. began releasing his music independently in 2005. While he hasn’t necessarily made a run for the airwaves in decades, he tours regularly and continues to collaborate with other artists including DJ Quik. Having recently signed with Warryn Campbell, the former R&B superstar is reportedly planning to re-launch a mainstream music career.

During the Wednesday, Jan. 18, 2017 episode of “Unsung,” fans will get an unfiltered look at Jon B.’s journey back into the mainstream, through archival footage, pictures and interviews with Tracey Edmonds, Babyface, Nautica de la Cruz, Tammi Mac and Warryn Campbell. It all goes down at 8 p.m. E.T. Will you be watching? Sound off in the comment section below.


Posted in TV and tagged Jon B, TV One 'Unsung, unsung