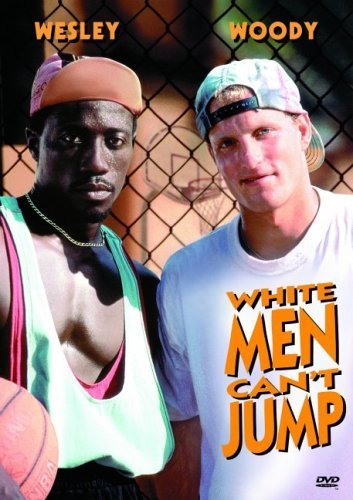 Los Angeles Clippers star Blake Griffin is reportedly shooting in other baskets outside of the NBA.The 6’10 powerhouse is reportedly further staking his claim in Hollywood as the executive producer of an upcoming White Men Can’t Jump reboot.

The original cult classic starred an overconfident Wesley Snipes as Sidney Deane, a ball court hustler who underestimates and ultimately is outwitted by Woody Harrelson (Billy Hoyle). In true “if you can’t beat them, join them” fashion, he propositions Billy to join forces with him to cash in on every pick up game in town. The outcome is 115 minutes of Harrelson on Snipes hilarity, tag team basketball action and poor ’90s fashion choices.

While the Clippers’ All-Star won’t make an appearance in the remake, it wouldn’t be surprising if he at least made a cameo. Fellow NBA superstar LeBron James is set to fulfill his dream of starring in a Space Jam sequel. The realm of production is not entirely new territory to Griffin, who has already found success as executive producer of FOX’s animated comedy pilot, “Okies of Bel Air.”’ Although the TV series is still under development, the network finalized an order for the show back in August of last year. Variety magazine revealed that the project will be produced by Blake in partnership with Carolina Panthers center Ryan Kalil; and Kenya Barris, the creator of the Golden Globes-nominated hit, “Black-ish.” In addition to producing, Barris will pen the script under a current film deal he inked with FOX last September.

Whether Blake Griffin will flex his acting chops remains to be seen, but for now you can catch all his high jinks when the Clippers take on the Denver Nuggets this Saturday on TNT.

What do you think about the idea of a White Men Can’t Jump reboot? Should the urban comedy-drama be left untouched or does it deserve a shot? Sound off in the comments below.