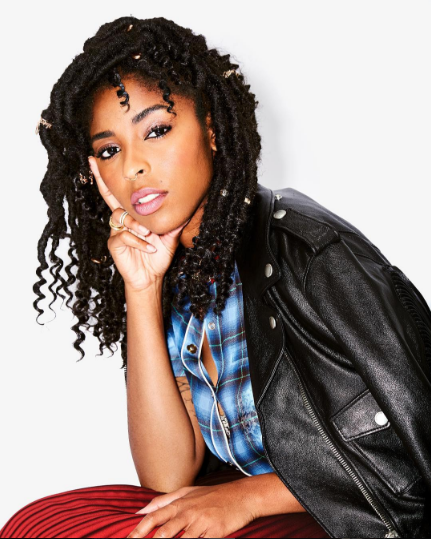 Comedian Jessica Williams delivers a little hope at the Women’s March in Park City, Utah on Saturday, Jan. 21. There, celebrities broke from the annual 10-day Sundance Film Festival to stand in solidarity with the millions of people around the globe, protesting in the name of love and equality.

Organized independently from the Sundance Film Festival, the march led by fellow comedian Chelsea Handler brought thousands of people into the quaint town of less than 10K residents.

Among the myriad of women marchers were stars Mary McCormack and Charlize Theron, John Legend, Benjamin Bratt, Kristen Stewart and Julia Ormond, who made their way through the middle of the crowd, taking pictures with fans and documenting via social media.

While the turnout itself was awe-inspiring, the morning kicked off with a series of inspiring speeches from celebs like talk show host Aisha Tyler. But it was Williams’ words that had us in tears. Visibly emotional herself, the 27-year-old “Daily Show” veteran gave a moving speech about her childhood and recounted one lesson she learned from her mother that left a lasting mark.

Hit the flip to read Williams’ speech in its entirety.