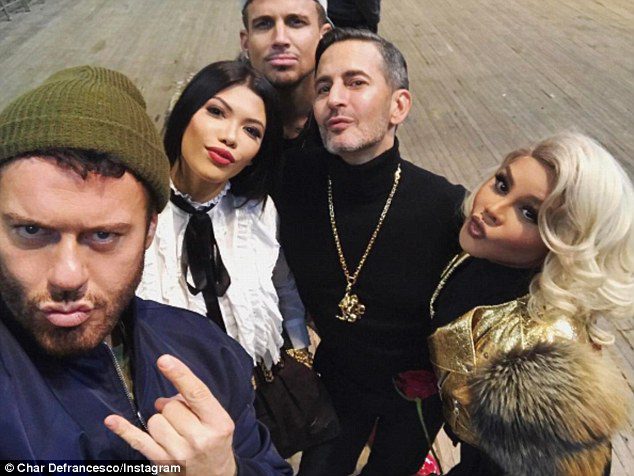 On Thursday, Feb. 16, New York Fashion Week came to a close with Marc Jacobs’ biannual show where Lil Kim was spotted wearing a killer metallic gold moto jacket, fishnets, and leopard print platform shoes. Her platinum tresses were styled in old Hollywood glam waves. Underneath what had to be CeeLo Green/Ferrero Rocher-inspired jacket, she wore a pair of very skimpy tight black shorts and a black shirt.

The legendary rapper, 42, was caught by paps almost losing her balance in the chunky heels as she struck her poses. Kim was joined by Marc Jacob’s boyfriend, Char Defrancesco. She also posed for a snap with Kendall Jenner.

The F/W 2017 show was held at Park Avenue Armory and no social media was allowed. No Facebook LIVE, Instagram Stories, Snapchat, Periscope, nada, nilch. This season’s collection was inspired by the Netflix documentary series, “Hip-Hop Evolution,” and Jacobs’ own upbringing in New York. He admits, “This collection is my representation of the well-studied dressing up of casual sportswear.”

There was no deejay or iPod to play music. The models got in formation and their platform boots clicking against the wooden floor was the soundtrack. 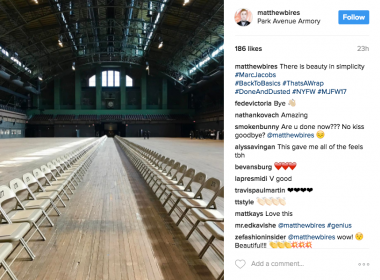 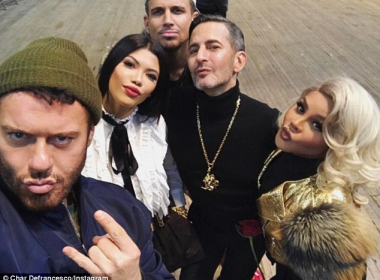 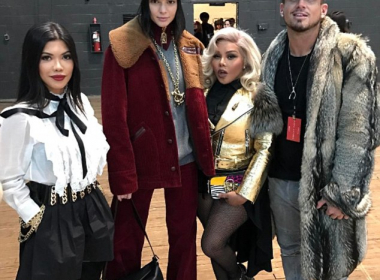 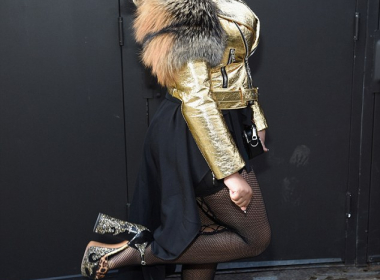 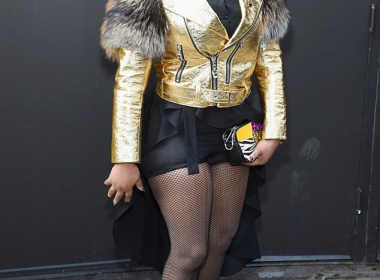