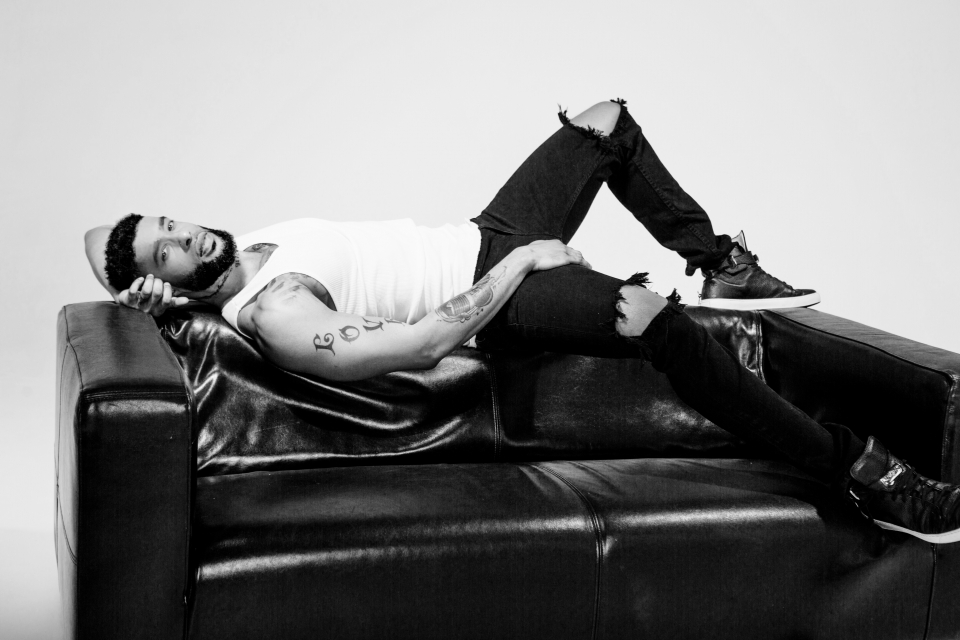 Veteran dancer and performer Alvester Martin has hit the stage with international stars Beyoncé, Rihanna, Tamar Braxton and Mariah Carey. Fans got a nice glimpse of Martin during the first season of Vivica Fox’s “Black Magic,” where he remixed Darrin Henson’s choreography.

Here’s what he has to say about his career and latest venture in music.

When did you know that being a musician was your calling?
I’ve known that I wanted to be a musician/performer since I was 3 years old, which is my earliest memory of watching Michael Jackson videos and pretending that everything was a microphone.

Share three other occupations you’ve held.
• I was a sales associate at Abercrombie & Fitch when I was in high school – for approximately three weeks.
• I worked for my grandfather as the officer manager in high school.
• Professional ballet dancer, as well as a professional backup dancer for A-list artists, such as Beyoncé, Mariah, Rihanna, Jennifer Lopez and Tamar Braxton.

What inspires you to perform?
It’s always been my passion to share my love of the various art forms — music, dance, theater.

What instruments, if any, do you play?
Alto saxophone (middle school), learning to play the piano.

How would you describe your brand of music?
I would describe my brand of music as very eclectic. My debut album, Love Me or Leave Me, has various music styles, from R&B to rock, country; it even opens with a doo-wop interlude. I wanted to make music that told my story and not be married to a particular genre.

When you are on stage, what do you want to convey about your style?
When I’m on stage, I want to convey authenticity. What I mean by that, is that whatever song I am performing, everything has to make sense in order to convey the song in its most authentic form, from song delivery and arrangement to production and wardrobe. Every detail is of the utmost importance, so that the audience truly experiences the true feeling of what place the song was written and birthed from.

Describe your creative process, from concept to complete song.
For me, there is always a melody that comes first and usually there are one or two words that come in that melody and the rest is gibberish. Then I ask myself, what am I really feeling at this particular moment when the melody hits me?

I can’t write with a pencil and paper because it slows down my creativity. I literally grab my phone and repeatedly sing the melody and think about what’s going on in my life at the moment and words start to come. Eventually, it turns into a song. The verse comes to me first, then the hook comes in and then I go back and figure out a pre-hook.

I always wait to create the bridge until I get into the studio because the song may change and I want to allow that to happen, if it needs too. Once I’m in the studio, I’m more of a custom track type of artist. I like to create the composition from scratch with the producer because it’s more organic that way. I usually record as we are piecing it together, so there are usually no lyric sheets. Once we get the song mapped out and close to completion, I create a bridge and then we go back and listen to it a couple of times and usually the vocal arranger and I will arrange the backgrounds. I’ll do ad-libs…and we have a song! For the most part, that’s my process! Of course, some songs may take more time than others, but one thing is for certain, I’ve never recorded anything that I haven’t lived.

How do you select your creative music partners to fashion your musical voice?
There has to be a vibe; the energy has to be right. It is really inexplicable, but I know in about 2-3 minutes if it’s going to be someone that I want to work with. Once I begin to work with someone and develop a relationship, I really like to keep those people around. I’m not big on producer or writer hopping.

What advice would you give anyone preparing to enter the music business about publishing and management?
The biggest advice that I would give is to:

1. Protect yourself. Learn the business aspects of the “music business” for yourself; that way you’ll be a smart artist and negate the risks of being taken advantage of.
2. Read all of your contracts before you sign them and never be afraid to ask questions.

If you were going to sing for any famous person as a celebration of what they have done for humanity, who would it be?
Honestly, the list is endless; however, if I had to choose, especially with the way that our country is now, it would be [former] President Barack Obama and [former first lady] Michelle Obama.

If you could go outside the USA to write and produce music, what country would you choose and why?
I would choose Paris, France. The city has a magic to it that is absolutely amazing. I get so inspired every time I go there. From the way of life, to the fashion, the history, the nightlife, the architecture and the people. I love it there.

What do you like the most about being a musician?
I love that I can share my thoughts, feelings and experiences in my music and have people relate to them and hopefully help people and inspire them at the same time.

What producers are you looking forward to working with soon?
There are so many talented and amazing producers in the industry, as well as up and coming producers that I would be open to working with, but I honestly don’t have a wish list. I’m a little partial to my current team.

Name three musicians you would like to record with who are hit makers.
I’m really not big on recording with someone just because they may be a hitmaker. I want to work with people because I admire their talent. Three people that I would like to work with would be:
1. Kehlani
2. Ed Sheeran
3. Adele

What musical awards have you aspired to receive and it happened?
I’m a new artist. I haven’t received any yet. But I definitely want some Grammy awards.

What musical achievements have you yet to obtain?
I’m a new artist; however, I want it all.

Finish the sentence:
When I hit the stage I feel… incredible and at home.
When the crowd is responding to my music I know… I’ve done my job.
I appreciate my fans because…they are die hard. They have rocked with me since I was a backup dancer. Before I had put out any music.
Music is my calling… always.
My method of studying music is… to never stop studying.
When you find my music, I want you to… close your eyes, listen and feel.

Name your favorite two books:
1. The Bible
2. The Alchemist

Alvester Martin is performing for the Civil Rights Jubilee in Selma, Alabama on Saturday, March 4, 2017. For tickets, visit www.selmajubilee.com.