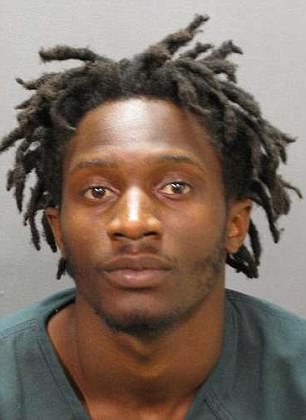 Jamarius Devonti Graham, 21, of Jacksonville, Florida, was babysitting his girlfriend’s daughter. While mom was at work, things turned tragic on April 21, 2016.

Graham admits he beat Aaliyah Lewis, 2, with a plastic coat hanger and a belt after she accidentally wet his bed. He reportedly spanked her 20 times with the belt, according to reports, from head to toe, and struck her with the hanger until it broke.

Aaliyah was dead on arrival at UF Health Jacksonville. The couple waited 90 minutes after Aaliyah exhibited breathing problems to seek help; the toddler was crying in a Facetime video to her mother, but her boyfriend assured her he didn’t take things too far. And mom was afraid she’d be in trouble with Child Protective Services, so she waited. Jacksonville.com reports the medical director for the Duval County Child Protection Team reviewed the medical files and concluded Lewis died from a combination of physical injury and neglect, according to a Florida Department of Children and Families report. 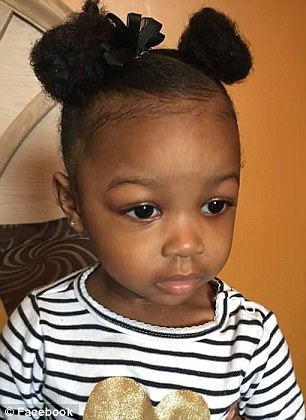 Jacksonville’s Medical Examiner’s Office could not determine the cause of death; however, an autopsy revealed multiple traumatic injuries to her head, torso and extremities, as well as fluid and swelling to the lungs and brain.

According to the State’s Attorney Office, “The aggravated child abuse charge against Graham carries with it a 30-year maximum and reflects the findings of the Medical Examiner’s Office, which indicated the cause and manner of death could not be determined.”

Graham’s sentencing is scheduled for April 17, 2017. No charges have been filed against Aaliyah’s mother.