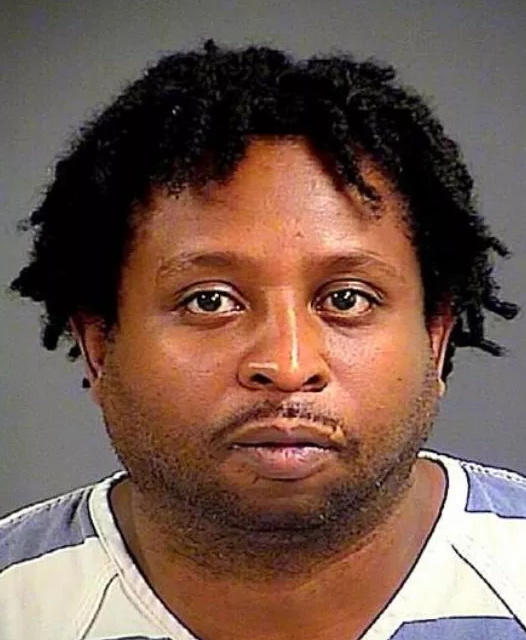 “I’m not trying to be mean,” Circuit Judge Markley Dennis told Dodson of North Charleston, “but I wish I could give you more.”

He tightly wound black duct tape around the then-15-month-old Staffordshire Bull Terrier mix’s snout nine times A neighborhood stray, Caitlyn was found wandering the streets near Dodson’s home in Charleston, South Carolina for 36 hours on May 27, 2015. When the dog was rescued by veterinarians, she was in critical condition.

Dodson wrapped the tape around her mouth nine times to stop her barking.

“She may be severely disfigured, or the large amount of dead tissue may cause life-threatening complications,” Dr. Lucy Fuller, the senior director of Veterinary Care at the Animal Society, said at the time of discovery.

When they found her, they thought after they unraveled the tape they’d have to amputate Caitlyn’s tongue. She was also left with severe swelling around her mouth and nose. Blood flow to Caitlyn’s tongue had been cut off for 36 hours, causing damage to her face.

“I remember seeing the fear … in her eyes. That was 36 hours of torture,” Aldwin Roman, Charleston Animal Society’s director of anti-cruelty and outreach, said after the sentencing.

Luckily, the dog escaped the chains Dodson used to bound her.

A day before his animal cruelty hearing, Dodson was sentenced to 15 years in a federal court for a drug and gun charge stemming from a March 2015 traffic stop. Prosecutors say he tossed a loaded pistol, along with cocaine and marijuana, as he ran from North Charleston police officers.

Under a plea agreement, the two sentences will run simultaneously.

Caitlyn was adopted after being rescued but she reportedly still suffers anxiety and stress. 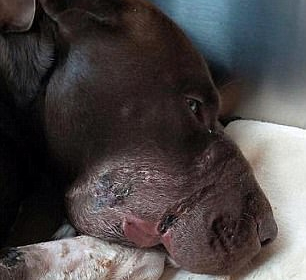 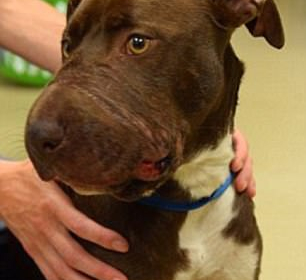 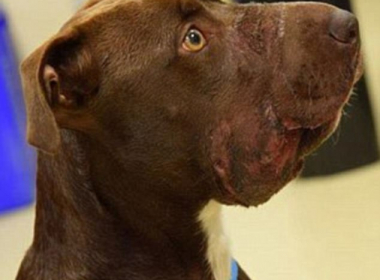 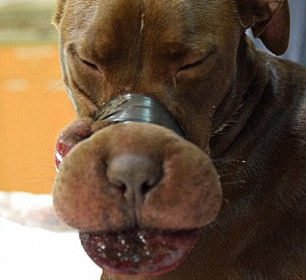 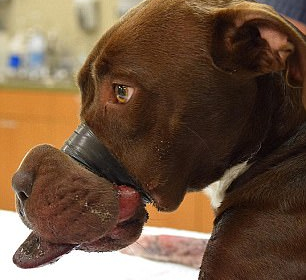 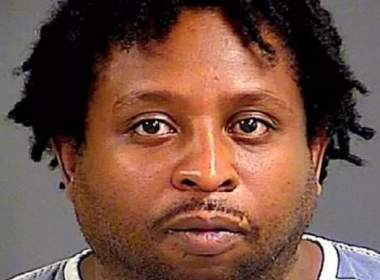 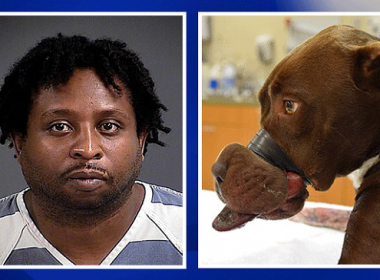