The story of Basil Eleby, the man accused of starting a fire which collapsed a bridge in Atlanta, is a complex and heated topic in the city. Eleby is being portrayed in the mainstream media as being a homeless Black man, high on crack when he allegedly started the fire that caused millions of dollars in damage. But there is another narrative of Eleby that has escaped the notice of current news reports that is just as important. It is now being revealed by those who have known him since he was a teen that he is developmentally disabled. One such person is Allen Dean, who saw a mentally challenged homeless man with the mind of a child and felt compassion. Dean took direct, daring and loving action by allowing Eleby to live with his family for several months. As a business owner, he also employed Eleby on his work teams and gave him an opportunity to have an honest, steady job. Because Dean does business with various entities in Georgia, rolling out has decided not to print his picture at this time to protect his business. Here is the story of how Dean tried to help Basil Eleby:

When you heard that Basil had been arrested for the bridge fire, what was your first reaction?

When I heard that Basil was charged with burning the I-85 bridge down, I was shocked. At first, I could not have imagined how Basil or any other homeless person with little resource could have caused an interstate bridge to collapse.

How long have you known Basil?

I have known Basil approximately 15 years.

What part of Atlanta did you live in? What was the community like at that time?

I am from the Atlanta area; as is my family. I am White, middle class, a Southerner, and most of you would view me as a conservative. Most of you would wrongly assume I was what many dislike about society if you met me without getting to know me.

What was Basil like when he lived with your family?

We took Basil in after seeing the condition he was living in approximately 12-15 years ago and he stayed with us several months. He worked with my crew and has a few other times during the years. I have known him and seen him consistently over the years. When Basil lived in my house, he was respectful and polite. He has a very innocent nature though his arrest record may not reflect that. I would have no problem trusting Basil around my wife or kids. … He was very sweet and caring toward our animals as well. Even though his behavior can be inappropriate to society standards I am 100 percent sure Basil Eleby would immediately jump into a situation to help me if he could and I would do the same for him. Basil was beyond the help that any normal citizen would be able to provide. He has always needed some type of intervention; possibly an assisted living situation would be appropriate.

What do you want people to know about Basil?

Basil watched cartoons only and he bought a Playstation that he spent much of his time playing. Basil referred to cartoon characters quite often during a conversation, at near 30. Basil is mentally challenged and at the developmental and cognitive functioning level of a 12- to 14-year-old. I am no expert and I am not qualified to assess his developmental level but my wife is a doctor of psychology and neurological testing is her specialty, so I have some idea of levels of functioning. If you met him or saw him interviewed live I think you would understand.

Why are you concerned for Basil?

Before people start pointing fingers and throwing stones before everyone decides to lynch mob this man because he has inconvenienced them during their daily commute before you all become judge; understand that Basil Eleby is a mentally challenged person with a child’s mind who has been living homeless on the streets since he was a teenager. He is very far from a hardened criminal as he has been made out to be,

Why should people feel compassion for him?

Take any mentally challenged child and throw them out of the house as a teen — stick them under a bridge in a high crime area surrounded by drug dealers…..check back on them 20 years later and see if they behave the way you would like them to.

What would you like to say in closing to our readers?

Basil is a byproduct of our broken system, he is one of the many thousands in Atlanta abandoned by our society. I have lived in Norway also and I have noticed they have layer upon layer of effective systems to maintain a healthy society and as a result, they have a very low crime rate and virtually zero homeless. Many have said something similar in the past, ”You can only truly judge a society by how it treats its weakest members.”

Our recidivism statistics are proof positive that our system and society model is broken, our crime rate is proof positive that our system is broken. Crime followed by punishment without proper diagnosis leads to more crime. I am concerned for Basil’s well-being and I would estimate that a prison sentence might as well be a death sentence for him considering his condition. I appreciate everyone’s work and interest in this situation. 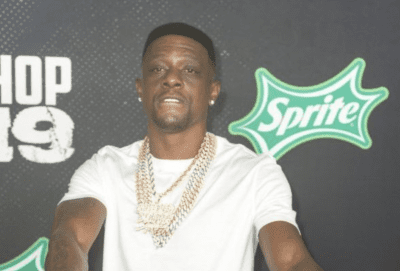