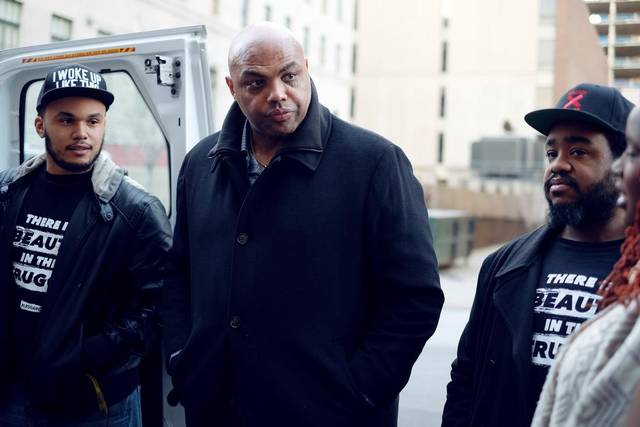 “I don’t know you, I don’t like you.” Those words were aimed at Charles Barkley during a town hall meeting held in Baltimore following the 2015 uprising that occurred following the death of Freddie Gray.

Barkley, known for his NBA Hall of Fame career and antics on “Inside the NBA,” decided to participate in the town hall to discuss race relations and police brutality. It didn’t take long for Barkley to become the most hated person in the room.

The woman who told Barkley to his face “I don’t like you,” was Diane Butler. Butler attended the meeting to bring clarity on the detrimental reality of unarmed Black men being killed by police. Her son was killed by police in 2013. Barkley’s interaction with Butler and Baltimore residents is featured in the TNT docu-series, “American Race.”

The docu-series follows Barkley as he seeks to find understanding on race relations between cops and the Black community, Islamophobia, and racism in Hollywood.

“Baltimore was intense, but it was a good kind of intense,” Barkley told our publication during a press preview in New York. “I had never met someone who had a kid who was killed by the cops. Of course [Butler] she was mad and angry. It was good for me to see that.”

Barkley, who is often outspoken when it comes to his views on race and sports, was able to approach each subject by first seeking to understand. “How many people have actually met someone whose child was killed by a cop?” Barkley asked. “And how many people who want a Muslim ban have taken the time to learn about Islam? Or people who talk about immigration, do they know people who are busting their tails and are glad to be in America? Those are things that are important and significant to me.”

When it comes to race and Hollywood, it’s an overwhelmingly liberal industry that remains behind when it comes to diversity and inclusion. According to a study conducted by The Washington Post, 84 percent of the members of the Academy of Motion Picture Arts and Sciences are White males. Furthermore, 87 percent of executives at major studios were also White males. When diversity is an issue at the executive level, the stories told by Hollywood will also lack diversity.

“Television and film are powerful forums,” he said. “People judge stereotypes. When it comes to [TV and Hollywood], how many Blacks do you see in a positive role? How many Muslims do you see in a positive role? There are two things that are wrong with that. One is that it reinforces racism and stereotypes. Another thing is that it doesn’t allow young Blacks to know that they can be doctors and lawyers and other professions outside of sports and entertainment.”

Although Barkley’s series will face detractors, he has never shied away from going against the grain while sharing his views.

“I’m going to do the best I can,” Barkley said about the show. “I can’t make everyone happy. Someone asked me about my critics. I don’t worry about them. Some people don’t think a basketball guy can do a serious show. But those are the same fools who criticized Michael Jordan for not taking a stand. I’m going to try to do the best I can. My critics can kiss my a–.”