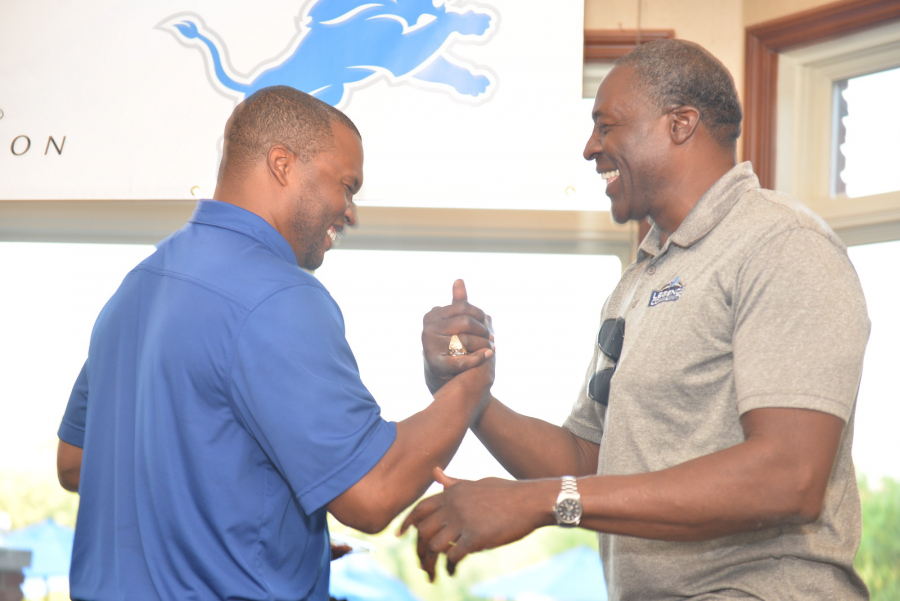 Brown was awarded the honor in recognition of his work in the community as a part of the Detroit NFL Alumni Association along with current Lions safety, Don Carey. Known as one of the most prominent offensive tackles in the league, the former Lions’ offensive lineman has made a name for himself as one of the top 100 Detroit Lions’ players of all time. His prowess on the field led to a long career spanning 18 years with 11 seasons spent serving as a key piece to the Lions’ offensive line before going on to win a Super Bowl with the Tampa Bay Buccaneers.

After the seven-time Pro Bowler hung up his cleats, fans could tune into “ESPN First Take,” ESPN News and the NFL Network to catch Brown’s various stints as a sports analyst. When not making the rounds as the co-host of a sports radio show on WXYT-FM in Detroit, the Super Bowl champion is very active in helping Detroit and Pontiac youth through the NFL Alumni’s Detroit chapter as well as his charity, the Lomas Brown Foundation.

Detroit NFL Alumni Association president and former Detroit Lions safety Ron Rice Jr. felt Brown was a good fit to receive the organization’s Outstanding Service award based on what he has done on the field and off the field.

“Obviously everyone knows him [Lomas Brown] as this fabulous football player but most importantly he’s a great person. He has given a lot of his time, money, energy and effort in putting that back into the community along with Don Carey who was a recent Walter Payton Man of the Year Award nominee for the Detroit Lions.” Rice revealed. “Both of those guys are cut from the same cloth and we got an opportunity to honor them because what they do is exactly what we do with our organization.”

Rolling out spoke with both Brown and Rice about honoring the Detroit Lions’ great and spreading the word about the Detroit NFL Alumni’s charity work.

When did you find out you were going to be honored by the Detroit NFL Alumni Association. What were the criteria for being selected?

Ron Rice: We always try to pay homage to those who have built a legacy. When we talk about a legacy, we’re talking about things you’ve done on the field but more importantly, things you’ve done off the field. Some of the partnerships, some of the opportunities you’ve had individually or as an organization to give back to the community that has supported you. This year we decided to honor Lomas [Brown].

What is your involvement with the Detroit NFL Alumni Association?

RR: I’ve been the president here in Detroit for the past five years now.

LB: I don’t have anything tying me officially to it but I’m just a proud Lions’ alumni. I’ve been doing a lot of things here in the community since I’ve been in Michigan so this is a way for me to continue do things here. That’s why I like doing it.

What is the mission of the Detroit NFL Alumni Association and what type of events does the organization put on?

RR: The first thing is we take care of our players. We provide services and benefits for former players and connect them back to the community and to current players. [So] when they are ready to transition, they can now transition right into our organization which is the NFL Alumni. We’re talking health benefits, family services for the players, kids and their wives. That also means community initiatives like the scholarship program that we have and free football camps for kids.

LB: The [charity] golf outing is the NFL Alumni Association’s biggest event but we also do parties during the season like our NFL Draft party. We also do other fundraising events, turkey giveaways etc. We do a lot of things in the community. We have a Super Bowl ticket raffle that we do along with the four or five $2500 scholarships the NFLAA gives away each year and a food pantry. We just try to get out here in the community as much as we can.”

Lomas, we hear that you’ve also added businessman to your resume this past year. Tell us about your new business venture.

I have a small consulting company [Lomas Brown LLC] that I started to help small businesses get diverse certified (MB, WB certification). I also help match them up with bigger corporations like Meijer, Dick’s Sporting Goods etc. It’s almost like when I was on the field blocking for Barry and taking care of those guys, I’m trying to help the little fellas out in the business world and match them up with some of these big guys.

Any of your fellow Lions involved with your business venture?

Eddie Murray is actually the one who helped me get started. Kerlin Blaise has Blaise Excavating. Herman Moore has his own software company. There a lot of guys that have successful businesses and are doing successful things in the community.

Between holding football camps (Detroit on June 17 and Pontiac on July 14) and coming up with programs and initiatives that impact as well as educate youth, these former NFL veterans stay busy.

“We’re just trying to go into the areas that are in need to try to give back to these kids.” Brown stated while waiting to receive the NFL Alumni’s coveted award.

For more information about the Detroit NFL Alumni and Lomas Brown visit https://nflalumnidet.org/index and https://www.facebook.com/LomasBrownJr/ 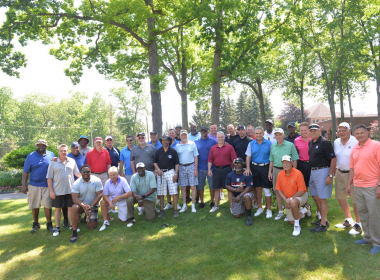 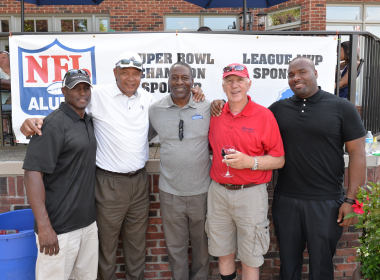 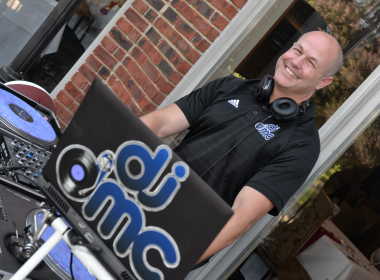 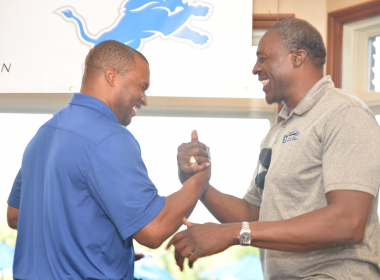 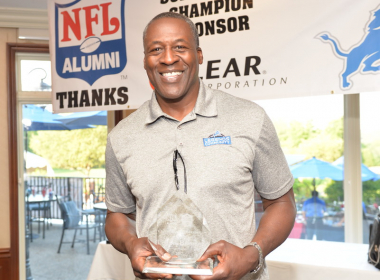 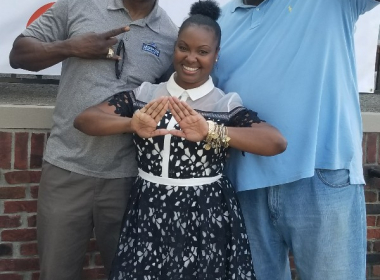 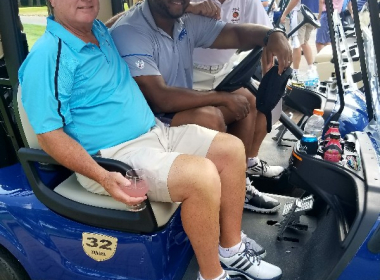