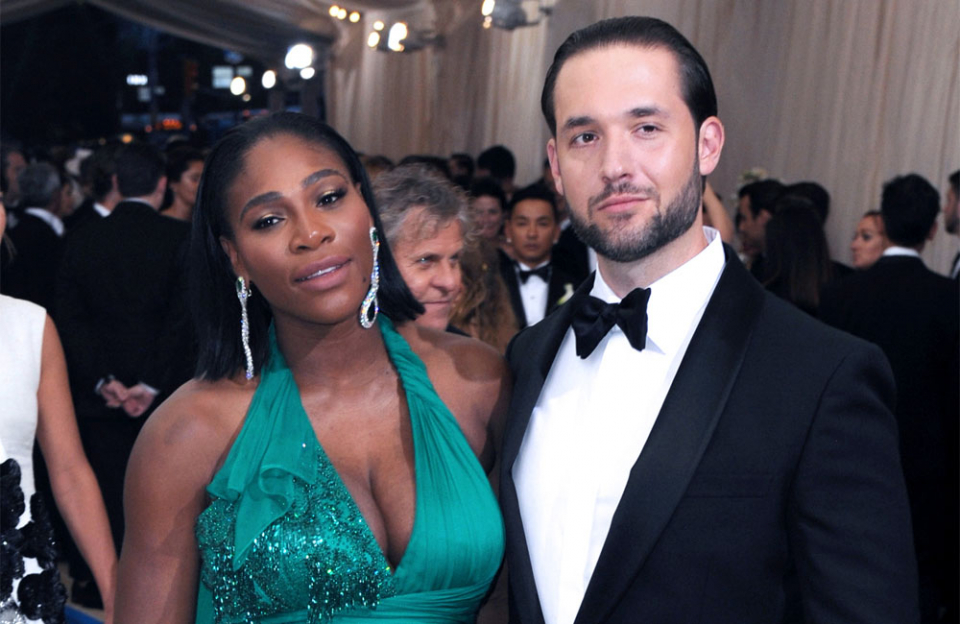 Serena Williams‘ fiancée Alexis Ohanian believes the couple are expecting a baby girl together, but he’s looking forward to the surprise when the baby is born.

The couple, who got engaged in Rome last December, are expecting their first child together but made the decision not to find out the sex of the child.

However, both the Reddit co-founder and tennis legend have a hunch the baby will be a girl because of the circumstances surrounding Serena’s pregnancy.

During an interview on “Jimmy Kimmel Live!” on Tuesday, August 1, 2017, Alexis said, “We’re going to be surprised. I will say this, though – we have our hunches. She put it really well, actually. Obviously, she won the Australian Open while pregnant and she remarked that she feels like it has to be a little girl, because everything that little baby went through and handled like a champ, only a woman could be strong enough to take on.

“I was very lucky to be raised by a very strong, amazing mother – and she’s got a good point. This is our first child. If anything, it’s really just reinforced how just amazing and strong and powerful and awesome women we are, and how useless we [men] are during this whole thing. Because it’s like, ‘I can make you a grilled cheese. Does this help?’ We are worthless!”

Alexis, 34, also opened up about the early stages of his romance with Serena, 35, to host Jimmy.

Despite her being one of the most successful female tennis players in history, and the younger sister of fellow racket legend Venus Williams, internet entrepreneur Alexis insists he didn’t know much about Serena’s illustrious career, which includes seven Wimbledon championship wins.

He said, “I was so ignorant when we first met. I had never even watched a match on television. Like, I would change the channel. I was such an arrogant football snob that I changed the channel when tennis was on. She’s actually offered to give me lessons. I turned them down. Because I want to be the only person in the world who would ever turn down Serena Williams for tennis lessons, and because I know there was no benefit to her seeing me be that bad.”