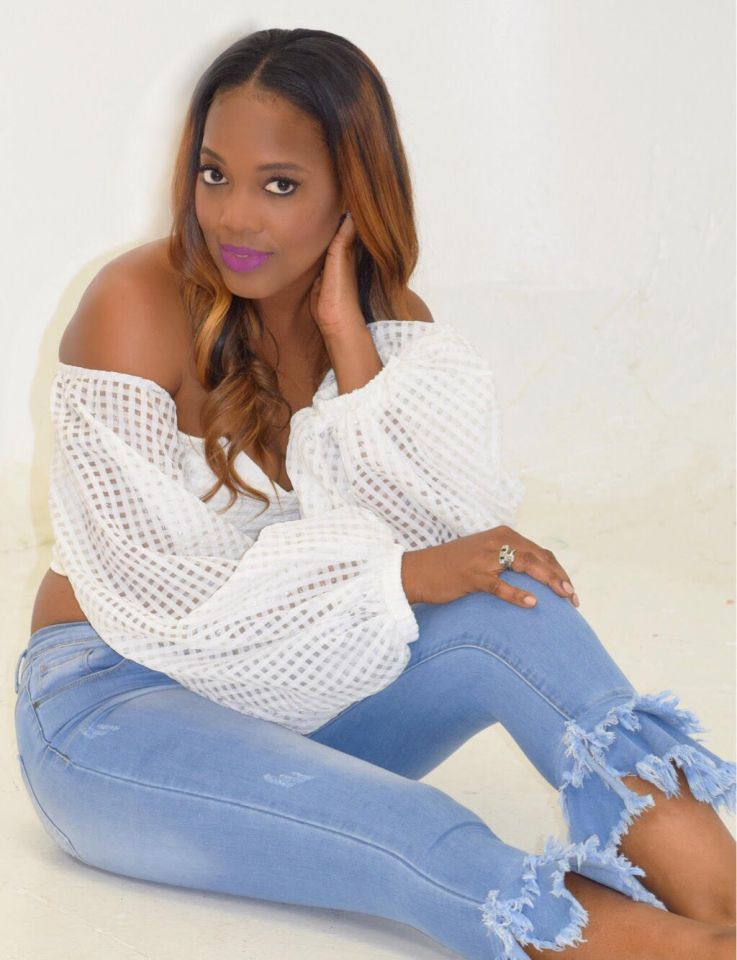 Beth Griffith has an amazing story of becoming a solo artist. For years, she has traveled the world singing background vocals for legendary artists such as Anita Baker and Motown recording artist KEM. She’s also worked with industry greats such as Boyz II Men, Yolanda Adams as well as the late great music icon Whitney Houston, as her body-double and stand in for the Sparkle movie remake.

Currently, Griffith, whose melodic sound is a mix of a soothing, calming, and peaceful tone with a touch of sultry raspiness, has made the transition from background singer to solo act. Griffith’s debut album Free is set to release on Aug. 7 and is now available for pre-order on all digital outlets.

Rolling out took some time to talk with the singer about her journey, her debut album and her brand of music. She also revealed to us who her famous father was and how he impacted, not only her life and music career, but how he also impacted the music industry as a whole. Read below to hear what else this talented, new solo artist had to say. Sound off in the comments section too. We want to hear from you.

Beth, you have this feel-good vibe about you that takes us back to when R&B was soul-stirring music. It radiates love and passion and gives us a new appreciation for R&B. How would you best describe your brand of music?

I describe my music as feel-good R&B. When I was looking for songs for the album, the requirement was that it had to have a good melody and feel good. I wanted to feel something within the first couple seconds of the track playing. I also wanted to go back to when R&B was passionate and moved you. No matter the subject matter of the song, it had to feel good and make you want to sing along.

I love love! Love is so powerful. Why not sing about something that everyone needs and wants? This album is based on love and relationships, good and bad, through a woman’s eyes. We [women] go through so much in relationships! The wrong love can hurt you and the right love can heal you. I wanted to sing about it all, because I’ve been through it all. 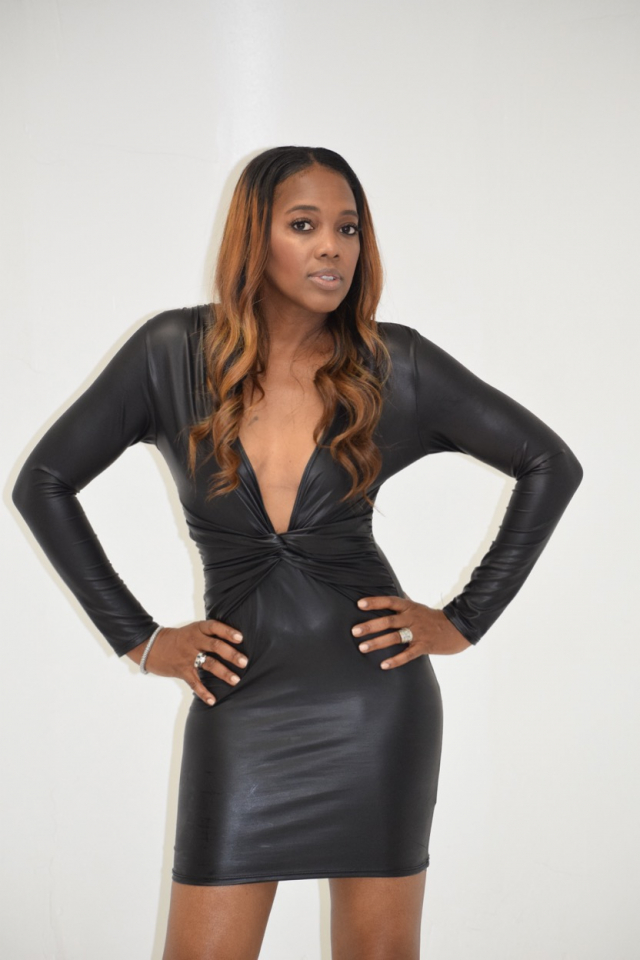 For those that don’t know, you’ve been singing background music for Motown recording artist KEM for quite some time. You’ve also sung background for several other artists such as Yolanda Adams, Anita Baker and also sang on the popular TV show “Dancing With the Stars,” under the musical direction of Ray Chew. What made you want to finally step up to the mic and fly as a solo artist?

I [currently] have and have had some amazing mentors in my life. They’ve watched me dream, develop and grow.  Previous mentors told me I would eventually go solo. The current mentors told me it was time, and I listened. I had also been watching how the music industry was changing and the opportunity growth for indie artists. I decided to take a chance on myself!

Speaking of Anita Baker, there’s a cut on the album that everyone is going to love and it’s sure to be a huge hit. It’s a remake of one of her most notable songs when she started with Chapter 8, and it had me feeling nostalgic. I couldn’t help but to sing along at the top of my lungs. And you did a remarkable job of remaking it. Why did you select that song and why Anita Baker?

Michael J. Powell, the writer and original producer of the song, is a very dear friend of mine. When we were developing the concept for the album, he suggested that I add a remake. This song was the perfect match! And since he is one of my mentors, it just made sense for him to produce my version! But most importantly, [it was] to pay homage to this great artist. I spent several years working with her. I learned so much from her that I will take with me for the rest of my life. I would not be the person and the artist that I am today if I had not worked with her, studied, been molded and mentored by her during that time.

We also learned that you worked with the late great, unforgettable Whitney Houston before she died. Describe that experience. What did she mean to you as an aspiring solo artist?

Whitney Houston was EVERYTHING! As a little girl wanting to sing, all I wanted to do was be like Whitney Houston; the woman who sang like an angel and who I share the same birthday with [Aug. 9].  Her voice was beautiful, she was beautiful and her poise was intoxicating. I wanted that. When I got the chance to work with her in the remake of the movie Sparkle as her stand-in and body double, my life was forever changed. She was regal and grand just like I had imagined. But at the same time, she was such a warm loving person and funny. God had given me the chance to be in her space and watch her firsthand. For that, I’m forever grateful. 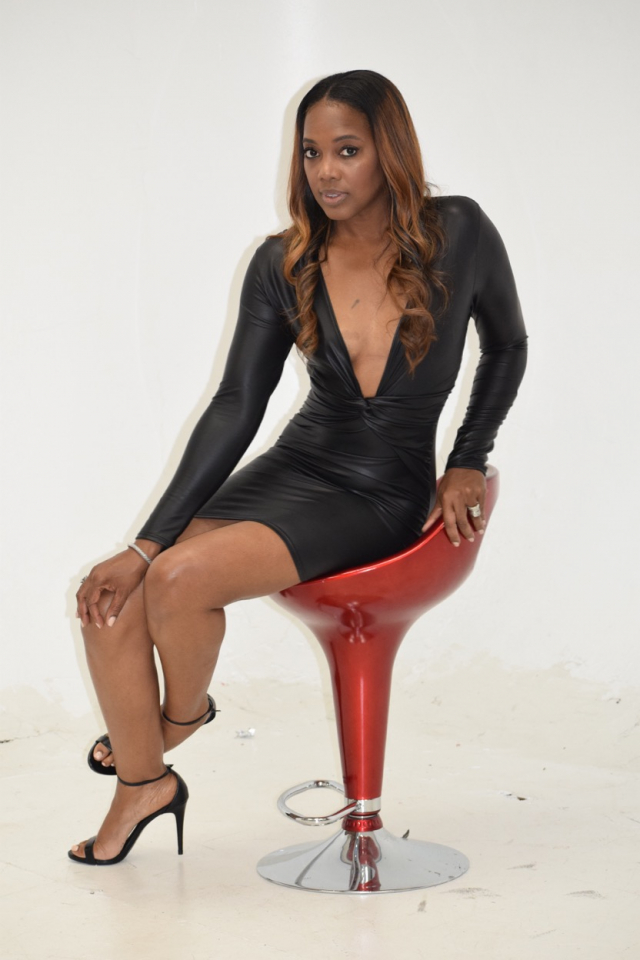 That sounds like it was an incredible experience. Priceless. I’m sure it inspired you in so many ways. Now, let’s talk about your debut album. It opens up with a recording of you and your dad from back when you were a baby. It’s a very touching moment. Your dad has passed on, and I’m sure recording the track brought back a lot of memories for you. How did you feel hearing your dad’s voice again after all these years? How were you able to emotionally get through with recording the title song “Free”?  Why did you want to record such an empowering song?

I miss my daddy sooo much! He recorded me and him talking for about the first two years of my life. It’s so awesome that my dad is a part of my first album. While Cordell [Walton] and I were working on this piece, I cried the entire time ! I’m so grateful that my daddy thought to record me as a baby. He knew my future!! Working on “Free” [invoked] a totally different emotion. “Free” is about self-love and that’s something I’ve struggled with for many years. I had been holding myself back from achieving my goals.

Speaking of your dad, he has a huge connection to the music industry. He was Johnny Griffith, a famous musician that played with Motown for years as their in-house pianist and keyboardist. He was also an original member of the legendary Funk Brothers and has won several Grammys®. What was it like growing up with such a famous father? And how has he impacted your life?

My mom was a teacher and my dad was home during the day. I thought my dad didn’t have a job because he practiced the piano for hours. I didn’t learn the impact that my dad had in music until he passed away. Both parents were adamant that I go to school and get my degree and I did. I have a bachelor’s degree in Business and Information Systems. I’m so honored to carry on my dad’s musical legacy. I just wish he was here to see it.

You titled your album Free. What’s the significance of the title?

I felt that the song Free describes me and my journey to get here right now. It’s my life story up to now in one song. I want people to know me. Listen to that song. It’s me.

What’s your favorite cut on the album?

First let me say, each song represents a different emotion at a different time for me, so I love them all. But I would have to say that I love “A Million Miles Away”. That’s the kind of love any girl would want to have. And I love “Free” because it’s about loving yourself. You have to love yourself before you can love anyone else properly.

What can fans expect to hear on the album?

Sounds like you’re giving the music industry something it needs … real music; and we can’t wait. Where can our readers find you on social media? 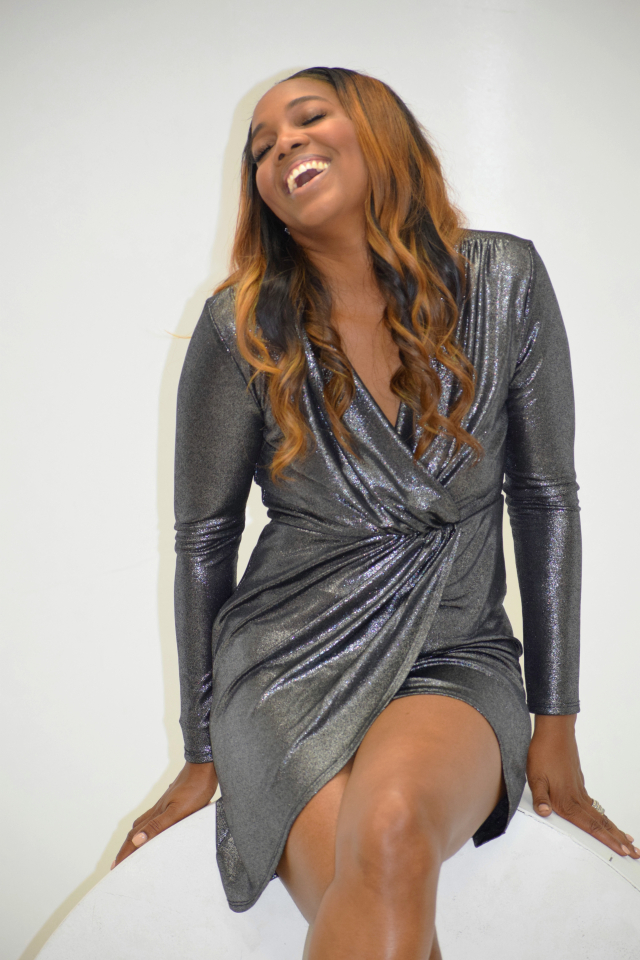