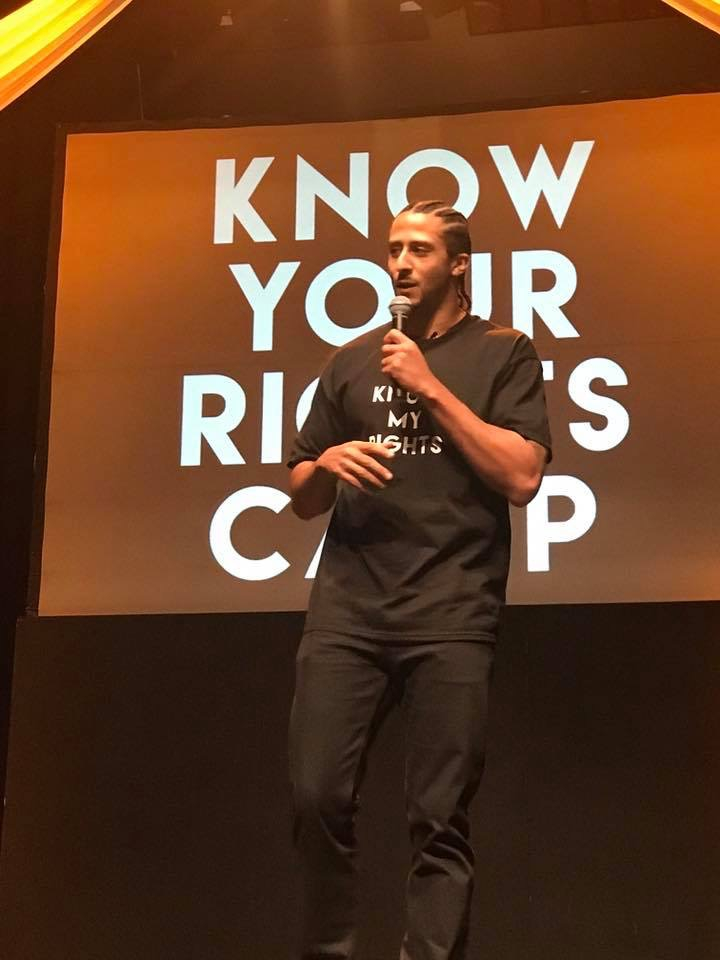 It has been about a year since former San Francisco 49er Colin Kaepernick started his silent protest of the national anthem due to the oppression of Black people and police brutality. The protest went unnoticed in the beginning and it didn’t gain notice until the third preseason game. Since then, Kaepernick’s protest has become a national conversation about racism and has ultimately cost him a job in the NFL. Players and owners alike are having conversations about whether his presence would be a major distraction to a team. In the meantime, admitted woman beaters and drunkards continue to play.

Last year, Kaepernick donated $1 million of his NFL salary. He also donated all the royalties he received from his jersey sales. One hundred thousand dollars has been donated each month for the past 10 months. He also donated 100K to Meals on Wheels and Somalia Famine Charities. In January, he donated 25K to the Center for Reproductive Rights and 25K to the Coalition for Human Immigrant Rights of Los Angeles. One look at Kaepernick’s website and you will see that this year he has benefited many organizations around the country with his most recent donation of 25K going to a group out of Chicago called Assata’s Daughters. Kaepernick has also started the Know Your Rights Camp, a free campaign for youth fully funded by him to help raise awareness of higher education, self-empowerment, and for training on to properly interact with law enforcement in various scenarios. 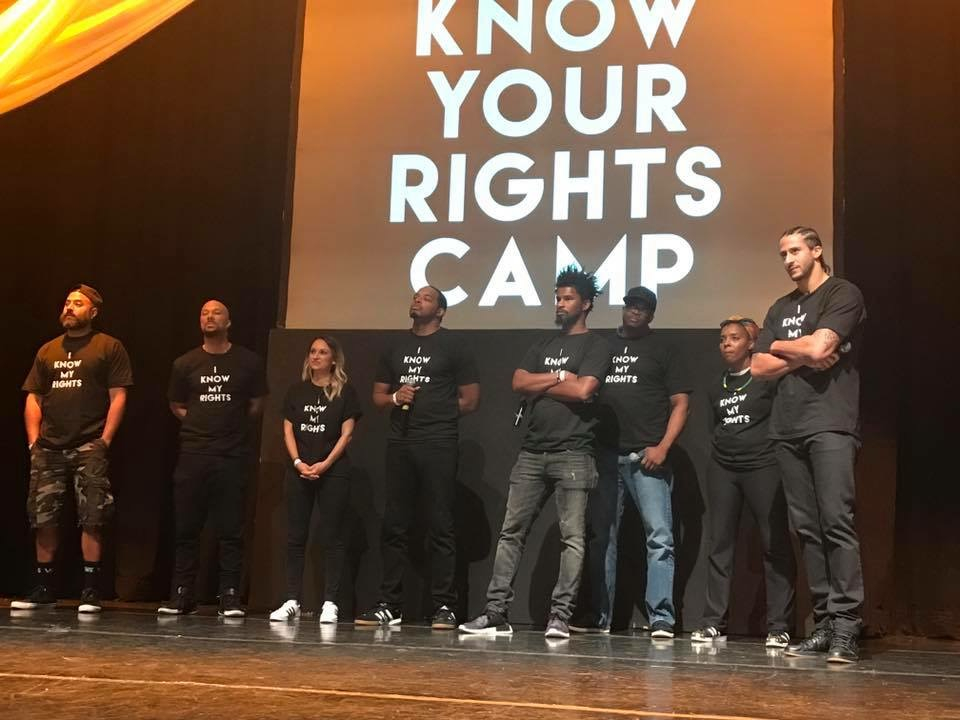 The fact that no team has picked up Kaepernick is not only ridiculous but gives credence to the racism that is embedded in the fabric of our country. Kaepernick is not a bum when it comes to his skill. In 2012, he stepped into a starting position with the 49ers and led them to a Super Bowl that they lost to the Ravens. He has missed the playoffs for the past three years but is fully capable of being an NFL quarterback. The backlash is unwarranted but has proven beneficial to those on the receiving end of Kaepernick’s philanthropy. His protest is due to the oppression of Black people and police brutality. He is directly affecting change with his actions and for this reason, I hope he never plays in the NFL ever again. The work is with the people. This is where he should be.

In recent news, Mike Vick, a convicted felon, said Colin should cut his hair to get back in the NFL. Ray Lewis who was once charged with two counts of murder had this to say to Kaepernick “The football field is our sanctuary,” Lewis posted on his Twitter account. “If you do nothing else, young man, get back on the football field and let your play speak for itself. And what you do off the field, don’t let too many people know, because they gonna judge you anyway, no matter what you do, no matter if it’s good or bad.”

Kaepernick met with the press early on during his protest to provide an explanation for his actions:

“I’m going to continue to stand with the people that are being oppressed. To me, this is something that has to change. When there’s [a] significant change and I feel that flag represents what it’s supposed to represent, and this country is representing people the way that it’s supposed to, I’ll stand. This stand wasn’t for me. This is because I’m seeing things happen to people that don’t have a voice, people that don’t have a platform to talk and have their voices heard, and effect change. So I’m in the position where I can do that and I’m going to do that for people that can’t.It’s something that can unify this team. It’s something that can unify this country. If we have these real conversations that are uncomfortable for a lot of people. If we have these conversations, there’s a better understanding of where both sides are coming from. I have great respect for the men and women that have fought for this country. I have family [members], I have friends that have gone and fought for this country. And they fight for freedom, they fight for the people, they fight for liberty and justice, for everyone. That’s not happening. People are dying in vain because this country isn’t holding their end of the bargain up, as far as giving freedom and justice, liberty to everybody. That’s something that’s not happening. I’ve seen videos, I’ve seen circumstances where men and women that have been in the military have come back and been treated unjustly by the country they fought for, and have been murdered by the country they fought for, on our land. That’s not right,” said Kaepernick, addressing reporters at a 49ers preseason press conference.