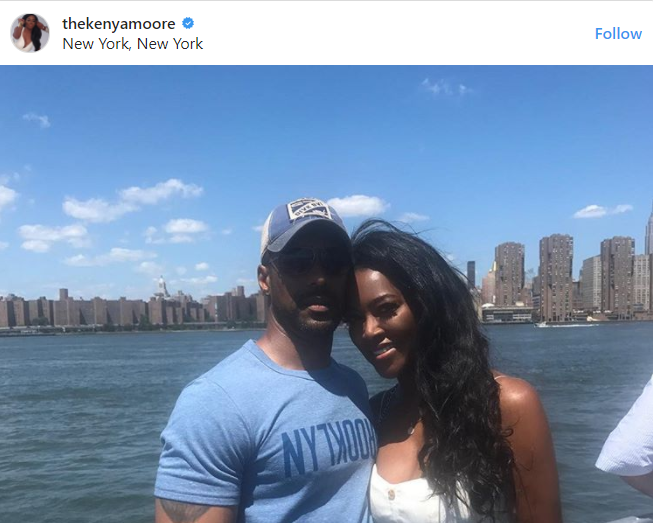 Kenya Moore is finally giving “Real Housewives of Atlanta” fans a closeer look at the man she reportedly married. As rolling out previously reported, Moore has been head-over-heels about her mystery man Marc Daly after they tied the knot in the Caribbean island of St. Lucia.

And after at first sharing a grainy view of her husband, a restaurant owner, overlooking the Manhattan skyline, Moore then posted a close up of the two for Daly’s birthday. 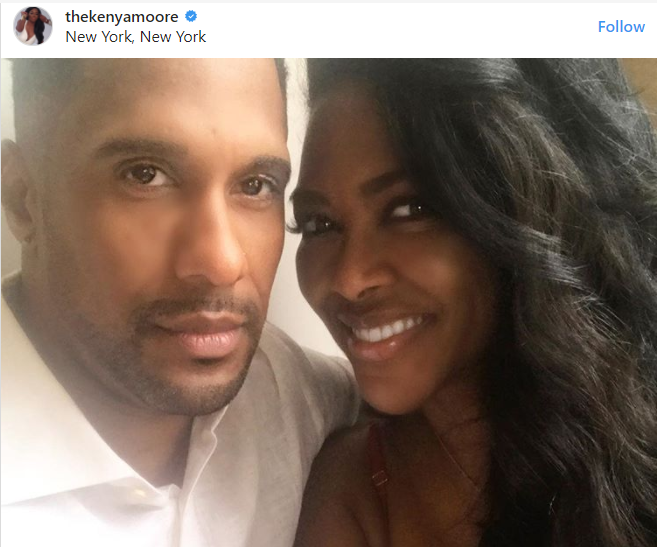 “Happy Birthday to my husband my one and only my everything,” wrote Kenya. “Your wife for life #MrsDaly.”

Unfortunately for her, several people are still unconvinced that she’s really married, including Kim Zolciak-Biermann who commented “Lies” under TheShadeRoom’s repost of the picture. 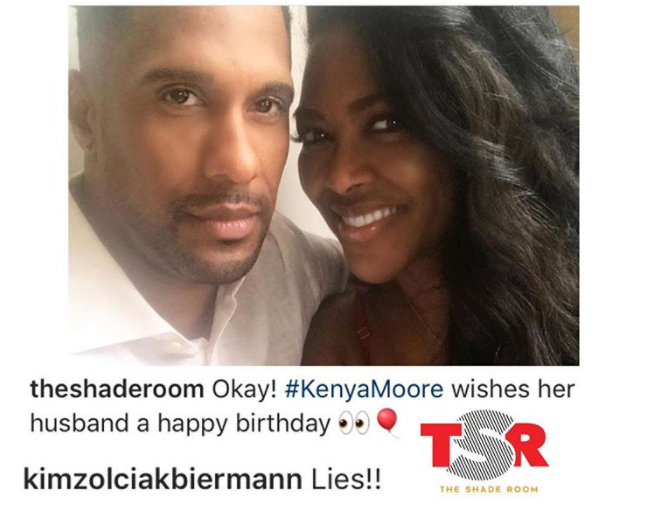 RHOA fans know that this isn’t the first time Zolciak — and her family — have found themselves in a feud with Moore. Just last month, Brielle Biermann threw some serious shade to her mom’s co-star on Twitter.

“Kenya is a dumb ugly evil b—-,” she tweeted to her followers. When someone asked why she didn’t @ her, Brielle responded, “I don’t need to! She stalks me and my mom.”

As to what led to the not-so-private message, it all centers around a conversation held at NeNe Leakes’ annual white party.

“Kenya started trash-talking Brielle which really set Kim off,” the insider said. “You do not talk about her children. She is a very protective mama bear. There is definitely no love lost between Kim and Kenya.”

Moore and Zolciak-Biermann also clashed at Sheree Whitfield’s house-warming party last season. So the bad blood between the two continues.

“Don’t Be Tardy” and “Real Housewives of Atlanta” return soon to Bravo.