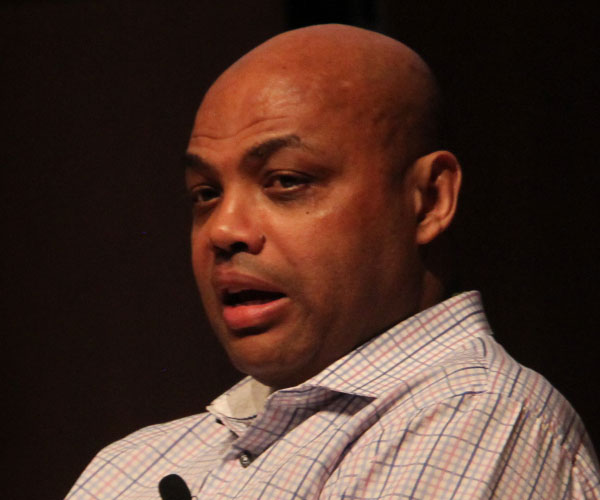 Charles Barkley has always spoke his mind when it comes to sports, politics, and race. But while Barkley’s take on sports is often interesting and hilarious, he usually misses the point when it comes to race.

During an interview with WRBC-TV, Barkley shared his thoughts on the removal of Confederate statues.

“I’m not going to waste my time screaming at a neo-Nazi who’s gonna hate me no matter what,” Barkley said. “I’m 54 years old. I’ve never thought about those statues a day in my life. I think if you ask most black people, to be honest, they ain’t thought a day in their life about those stupid statues.”

Imagine if Jewish men, women, and children were forced to look at large statues of Adolph Hitler, Hermann Goering, or General Alfried Jodl as they travel to work, home, and school. Hitler, Goering, and Jodl were all terrorists of Jewish people. But all symbols and statues of anything Nazi-related was destroyed and banned in Germany following World War II. It’s now illegal to wear or uphold a swastika in Germany.

But Blacks in America are still forced to see the symbols and statues of a hate-driven past. For example, when looking at the history of Nathan Bedford Forrest, how could true Americans allow such a brutal man to be honored with statues and parks? Forrest was a slave owner and first Grand Wizard of the KKK. Forrest and other members of the KKK, mostly former Confederate soldiers, initally attempted to persuade Blacks to return to slavery following the Emancipation Proclimation. When that didn’t work, the KKK began to use violence to intimidate, brutalize and kill Blacks. The KKK would eventually be known as the largest terrorists of Blacks in the nation.

However, Forrest has several statues in his honor and a park named after him in Tennessee.

For Barkley, this doesn’t mean much, but it’s un-American to uphold the legacy of men who were terrorists and did their best to destroy America. Barkley should ask himself why racists are fighting so hard to perseve these symbols. Because the racist men and women who showed up in Charlottesville did not think protesting the removal was a “waste of time.” In fact, they were willing to yell racial slurs, react with violence, and kill all in the name of a Confederate statue and what it represents.

Knocking down Confederate statues and banning symbols will not change the fact that America is still a disgustingly racist country on many levels. But our kids should no longer be forced to see hateful men be honored in a place that is described as the “land of the free.”