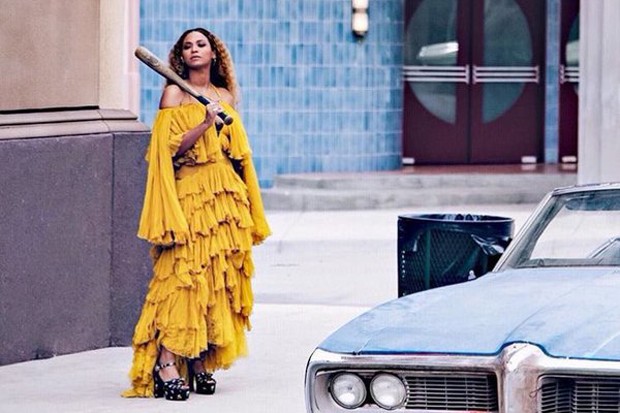 Beyoncé continues to unveil the wonders of Lemonade.

Queen Bey recently announced she will release a limited edition How to Make Lemonade vinyl box set, complete with a 600-page coffee table book. The book, which became available for pre-order Friday, Aug. 18, gives fans a peek behind the scenes of the making of such iconic videos as “Sorry,” “Formation” and more, as well as never-before-seen photos of the Carter crew — daughter Blue Ivy included.

Taking it up a notch, Lemonade will include lyrics from the record, personal essays in Bey’s handwriting penned across the pages, a foreword written by Dr. Michael Eric Dyson and poetry from Warsaw Shire, Billboard reports. Altogether, the new release, priced at $299.99, gives a comprehensive look at the themes and inspiration for the award-winning album.

Combined, the set includes a double vinyl version of Lemonade, downloads featuring both the audio and visual album and the coffee table book, with an expected ship date later this summer.

In April 2016, the superstar singer dropped her sixth solo album, Lemonade. Riddled with juicy verses documenting what many believed to be trouble in paradise for music’s most powerful couple and a web of scandals to follow, the singer had us wrapped around her finger. While some critics called the award-winning project just another publicity stunt, its brute honesty matched with its cinematic quality made it an instant hit. What was once one of Hollywood’s most perfect pairs truly became relatable, overnight.

In 2017, Bey’s Lemonade went on to win the Grammy Award for Best Urban Contemporary Album, BET’s Award for Album of the Year, the NAACP Image Award for Outstanding Album, and a Billboard Music Award for Top R&B Album, among others.

Will you be buying Yoncé’s coffee table book? Let us know your thoughts in the comment section below.