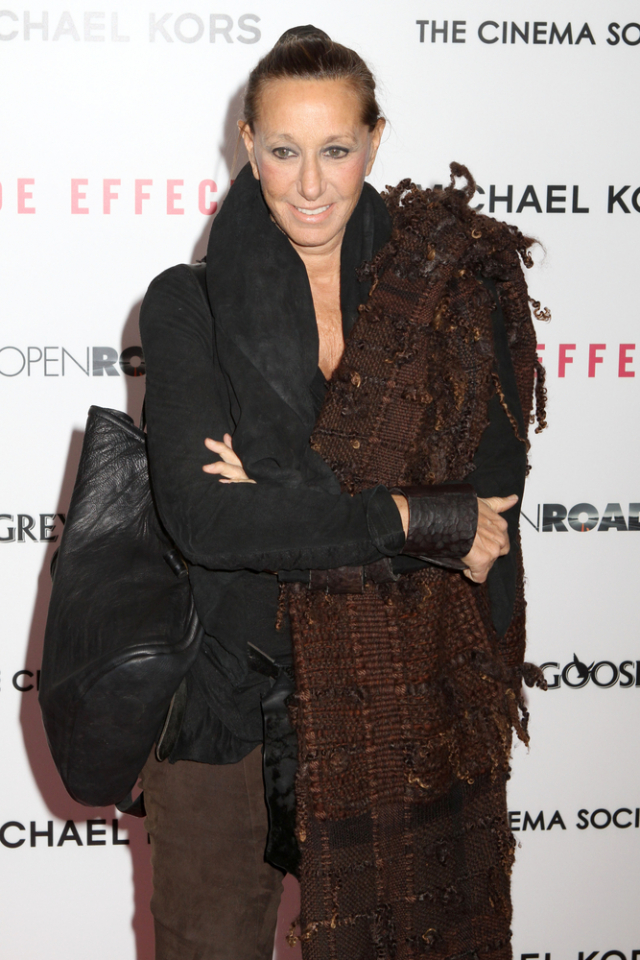 Donna Karan is into victim shaming. A reporter interviewed her on the red carpet at the CinéFashion Film Awards on Sunday, Oct. 8, 2017. The super popular fashion designer told DailyMail.com that “we have to look at ourselves.” That soundbite alone had to be enough to send Rose McGowan, a former accuser, into a tailspin. She went in and let Karan have it.

On social media, McGowan scowls, “You look at everything all over the world today and how women are dressing and what they are asking by just presenting themselves the way they do. What are they asking for? Trouble…”

And there was more: 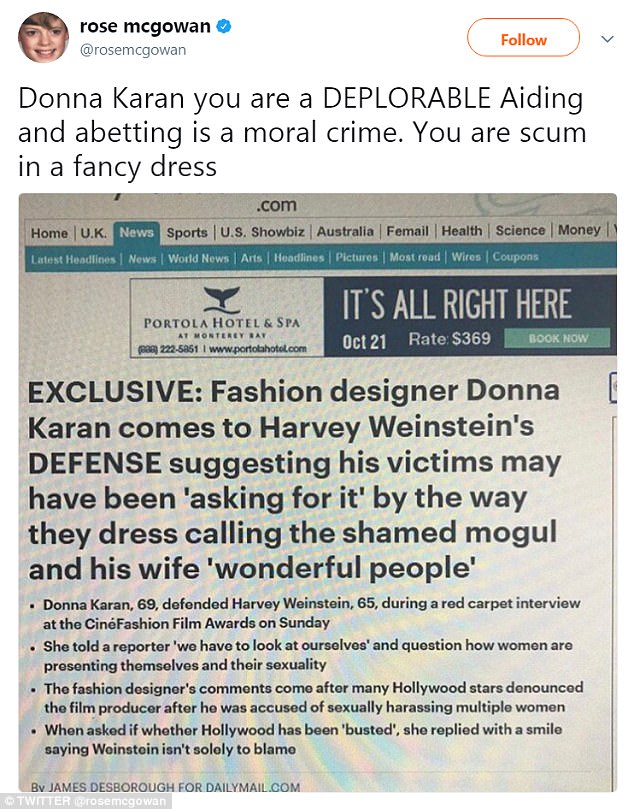 Here’s what Karan said during the interview in its entirety: “I think we have to look at ourselves. Obviously, the treatment of women all over the world is something that has always had to be identified. Certainly in the country of Haiti where I work, in Africa, in the developing world, it’s been a hard time for women.

“To see it here in our own country is very difficult, but I also think how do we display ourselves? How do we present ourselves as women? What are we asking? Are we asking for it by presenting all the sensuality and all the sexuality?

“And what are we throwing out to our children today about how to dance and how to perform and what to wear? How much should they show?”