Actor Charles Reese is a lively and bright spirit known for his character Jalil on Centric’s “Beauty and The Baller.” A graduate of Morehouse College, Reese’s many years in the entertainment industry have made him an expert on what it truly takes to make it. Ro had the opportunity to talk to Reese for an amazing and enlightening conversation on the power of faith and determination, and what Black love really means.

How did you come to choose acting as a career?
Honestly, acting chose me. I was born and raised in Washington, D.C., and in elementary school, I did a lot of poetry programs at church. I did plays in junior high and high school, but when I got to college, I met this guy by the name of Lamar Alford. It was Lamar Alford who pushed me in the direction to go toward acting professionally. Lamar was a Broadway artist who was a part of the original production of Godspell. When I got to Morehouse, he was there teaching. He was doing plays and was just a life source of energy.

As a seasoned actor, what are three key lessons that you’ve learned during your career?
Well, one, study, study, study, study. You hear that a lot, but study and try to learn as much as you can in the craft. Relationships are so very important after you study. Most of my things that I’m getting now are based on my network, so build good relationships. Last but definitely not least, stay on the most positive kick that you can. This is a business of ups, downs, and turnarounds, so you’ve got to have something to keep you on the positive side. I always say make sure your spiritual life is on soar for you as well.

What are three traits that someone must have in order to be successful in this business?
Well, first of all, the first one’s called perseverance. Second, you must have tenacity. Lastly, You must have faith; faith in yourself and faith in all that you do. You have to have some faith, cause without it, you’ll be a lost soul in the industry.

Talk a little bit about your character on your new show on Centric.
The name of the show is “Beauty and The Baller” and my character is Jalil Baldwin, the feisty chef. Jalil is like the favorite uncle who always will say anything on his mind. Sometimes it might upset other people, but usually, it’s the truth. He is hilarious but also has a very caring soul. He means to protect his niece, Deena, who is the basketball wife. He’s part uncle but at the same time he’s also a chef, so he’s there to keep the house in order. So he’s a two-fold man; fun and loving.

What are some of the challenges you have faced with playing this role, and what are some strengths that you’ve gained?
That’s a good question because this show first was a web series, initially named “Who.” It’s gone through some name changes. It went from “Who,” to “Trophy Wife,” and now we have “Beauty and The Baller.” I think the biggest challenge for me was learning how to be patient throughout the entire process of getting this show on television. We had a lot of time to work through the character because we were a web show first. When Michael Ajakwe Jr. developed it and started writing the scripts, he knew exactly where the character was going because of the web show. Mine is a little different because I was doing this character and we just brought this character to another level, as we started migrating from web to TV. The other thing that makes new challenges of the character for me is that the show is a comedy. I’ve done a lot of drama in theater, so I think that was helpful to it, but also it’s about timing as well. It can be challenging on timing in the sense that when I’m trying to do a joke, I want to know if it’s going to be funny.

What is the overall impact that you would like for your show to have on viewers?
I’m hoping that the people will appreciate the fact that this is a show written, directed, produced and performed by a predominantly Black crew. I’m hoping that they will see universal themes that we all go through in life. For example, I filmed those episodes of teaching my niece how to cook so she can be respectful, and her in-laws would like her. We’ve all experienced a mother-in-law you’re trying to impress because you’re married to her son. Every nationality and race can deal with that. I also hope it helps people understand Black love. “Beauty and The Baller” is about a Black couple and how they express their love. They have challenges like anybody else, but at the end of each episode they figure out a way to come back to each other. That’s the key to true love. 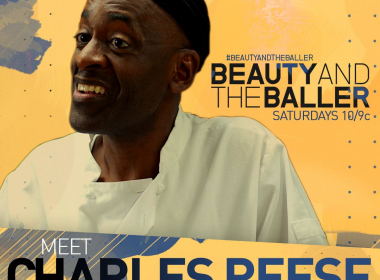 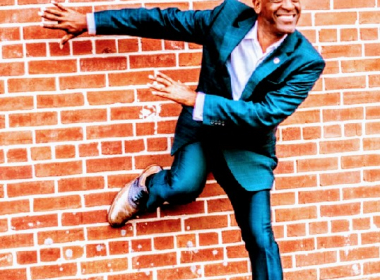 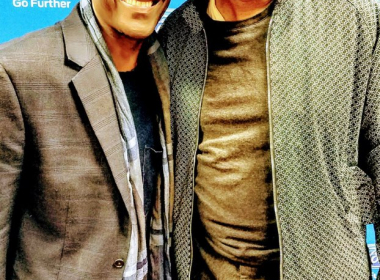