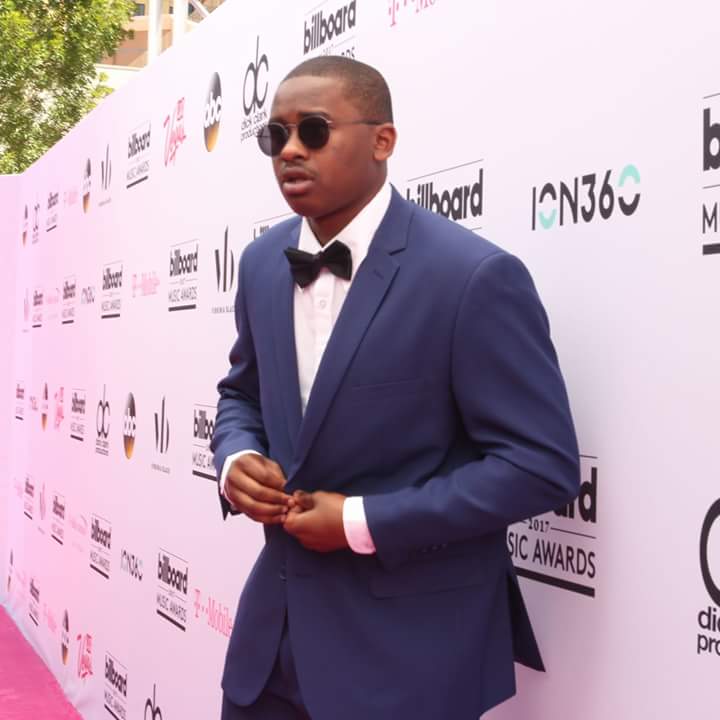 Wayne Ayers is the prime example of hard work, faith, and determination. His harsh upbringing in Washington, D.C. drove him to want to work toward a better life for himself, and others. This led to him pursuing media and journalism, and from there, he’s interviewed celebrities including Dr. Dre, Jamie Foxx, and Floyd Mayweather at red carpet events, and built his own budding network, WhereistheBuzz.

How did some of your childhood experiences mold you to become the person that you are today?
I was born and raised in a small town about an hour away from Seattle called Bremerton, Washington. I am the youngest of three children and the only boy. My parents divorced two years after I was born, and my dad left the state shortly after, so I never really had a relationship with him growing up. My mom was a single parent who worked long hours and multiple jobs to support us, but the ends never fully seemed to meet. By the time I was in 3rd grade, my family norms included evictions, days without eating, never living in a place long enough to receive mail and sleeping on the floor due to not having any furniture. Those years of homelessness while balancing school were the hardest and the most motivating times of my life. I learned to work hard, be independent, but most of all to not to be afraid of failure. It’s hard to fear falling when you are already on the ground.

Would you say you found entertainment and writing or did it find you?
It found me. I was more of a sports guy. My passion for most of my life has been sports, particularly basketball because it was all I played throughout middle school and high school. When I moved to LA and went to East Los Angeles College, I tried out for the basketball team, but I didn’t make the team. I didn’t really have friends in Los Angeles, so I began writing down my thoughts in an old notebook.From there,  I started to enjoy writing more than I ever did before. I would listen to the new albums that dropped and post reviews on my Facebook page. People other than my friends started to value my opinion and some didn’t, but writing was space for discussion and friendly debates. I then started writing about more than albums. I would write about sports, politics, and things that I found interesting which eventually reached different audiences.

What practical skills did you learn from working various red carpets and opportunities prior to creating your own platform?
I started off working red carpets with my sister, Kiki Ayers by chance. She’s a journalist and one of her videographers was unable to attend a carpet at the last minute, so I stood in for him. It was intimidating at first because you always hear about glamorous red carpets on TV, but I never did I imagine I would be working one. The most important thing I learned was to build great relationships. It’s crazy how the world is so big and so small at the same time. I’ve lost count of the number of times I’ve met someone at an event who knows someone I’ve worked with in the past and has led to other opportunities. Producing excellent work and building strong relationships is very important in any industry.

Talk about WhereistheBuzz and what inspired the creation of the platform. Was it an organic move, considering that you already cover all areas of entertainment?
WhereistheBuzz first started when I quit my bank teller job because I was just so unhappy there. I feel like if you are ever in a work environment, and you’re looking at the clock waiting for the time to be your clock-out time, you should leave that job immediately. One day, I just told myself that I had to get out of this environment and pursue things I love to do. So, the next day I created an Instagram page. I started uploading newsworthy pictures and videos. The first week I had over 500 followers. Then people would start commenting how they felt and started to give their opinions about the post. It was like WhereistheBuzz created an entire community in its first week being active. Then after the second week, we had 1200 followers, so I decided to make a Snapchat, Twitter, and a YouTube channel. Then during the third week, I decided to turn it into a company. Now we’re just trying to expand and reach out to as many people as possible. 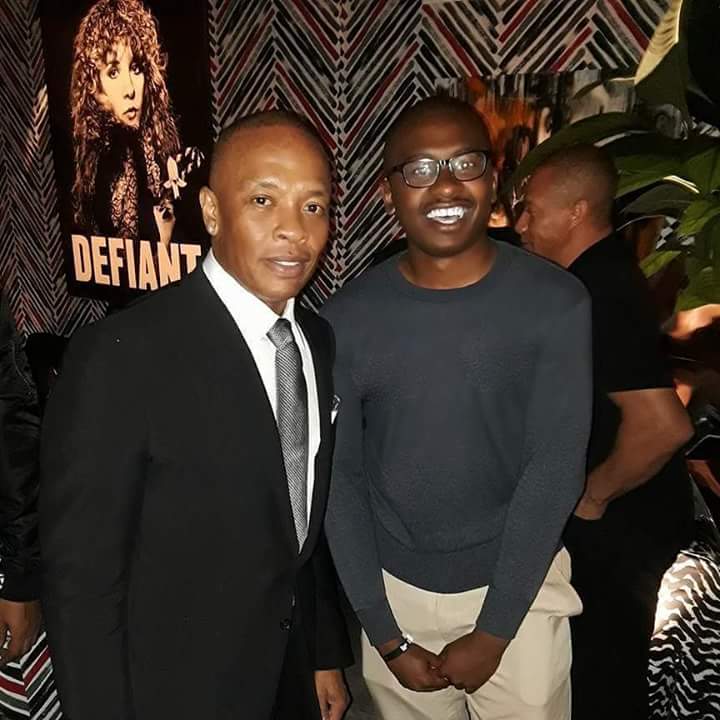 What are three things that many might not know about covering red carpet events?
Celebrities are normal people. It’s just that people treat them different because of their talent and popularity. Also, I think the production team who lays out the red carpet don’t get enough credit. Some of the events I go to look well decorated and amazing. The last thing I see on red carpets is a black media section for journalists and correspondents. All the black media outlets are located at the end of the carpets. The Shade-Room, Baller Alert, Bossip, and The Jasmine Brand are some of the hottest media outlets out right now and they’re at the end of the carpets. There is no reason why these media outlets should be at the end. I think that’s something that must be changed in Hollywood.

You’ve had countless conversations with the likes of Russell Simmons and Floyd Mayweather, but is there one conversation that you’ve had with a celebrity that stands out from the others?
I had the opportunity to talk to Dame Dash, which was an incredible experience. Dame really does give people a million dollars’ worth of game. It’s amazing to watch him speak about ownership and starting your s— , and just becoming a boss. Even to this day, he’s hustling and working just the same exact way when he was with Jay-Z creating Rocafella records. If anyone is ever going through doubt, or struggle, go watch Dame Dash on YouTube or reach out and talk to him. I think he would be a great mentor to anybody trying to chase their dreams.

What are some upcoming plans that you have for WhereistheBuzz?
We want to do more press junkets and red carpets. Hopefully, by next year, we can have an online debate show about major topics going on in the world. Giving back to the community and younger generation through a startup foundation is another goal of ours. Also, obtaining more writers, photographers, videographers, and editors when we cover events will be a point of focus. Finally, we would love to cover the Grammys and the Oscars next year. We want to provide people with opportunities to make a name for themselves.