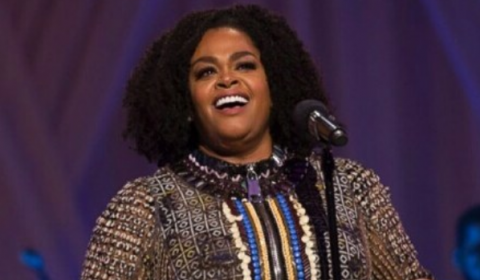 Jill Scott’s estranged husband told the media that, behind that gorgeous smile and golden voice, is a domineering diva who created a toxic and oppressive home environment that suffocated him and led to divorce.

“She’s an evil woman,” Mike Dobson said bluntly to Bossip. “I’m telling you. It’s like what Jill Scott wants, Jill Scott gets. People are in her ear, and if someone comes in to challenge the dumb s—, they made me be the bad guy and that got me outta there.”

Dobson admitted he was “blindsided” by Scott’s recent divorce filing, because, according to him, they were going to separate, continue working on their relationship and never take their wedding rings off. He was not informed in advance that Scott was going to file papers to begin the permanent dissolution of their union.

Dobson, on the other hand, had plenty to say. He added Scott’s family suffers from a lack of a male presence: “She’s got issues. There [are] no men [in] that family, there [are] only women. And when a man comes in, it’s like a challenge.”

The former couple wed just over a year ago in a small, intimate ceremony in June 2016 in Tennessee. Legendary ’80’s rapper Big Daddy Kane performed at the reception. They have no children together.

Scott, who shares little to nothing with the public about her personal life, was previously married to Lyzel Williams from 2001 to 2007. She was also once engaged to musician Lil John Roberts, with whom she has a son, Jett.

“She’s made other men look bad, but I’m not the one. I said [to her] ‘you’ve met your match,’ ” Dobson continued. “She likes to have men that she can control. You’re not gonna control me. What’s right is right, and what’s wrong is wrong.”

As if that wasn’t enough for Dobson to digest in one day, Scott was granted a restraining order against Dobson on the same day that she filed for divorce, Sept 15.

Scott’s estranged husband was reportedly “unaware” of the restraining order.