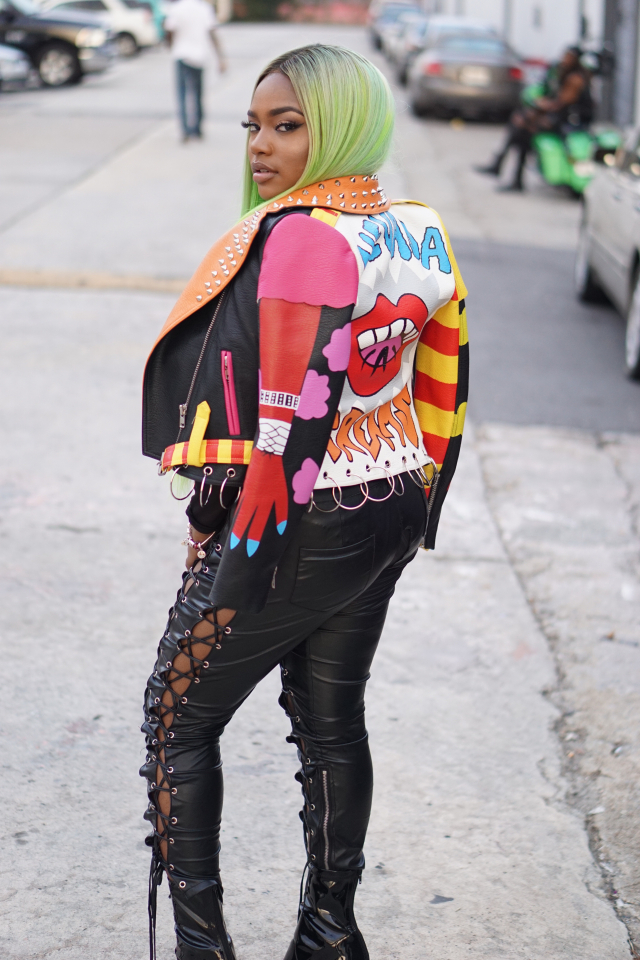 To say Summerella is an internet sensation would be an understatement. When Vine was the platform of choice, this young lady was able to take it by storm with her talents. She can sing and leave you cracking up with laughter because of her antics. She currently has 2.5 million followers on Instagram alone. We spoke with her recently about her rise on the internet. Her experience is unique to her generation and is an example of what can be accomplished with some focus and determination.

Tell us who you are and what you do?

I’m Summerella ella, ella, aye, aye. Seriously, Summer Boissiere but most know me by Summerella and basically, I’m just a really cool 22-year-old who has fun just being myself. I was born in Atlanta, literally off Peachtree Street. I’m the second child born of my mom’s six children, three boys and three girls. My mother is from Texas and my father is from New Orleans. I do different things, I’m a recording artist, sketch comedian, songwriter, brand ambassador and basically get paid doing what I love to do.

Your presence on the internet is everywhere, how did this happen?

I was bored sitting in my room and  I started making videos like everyone else did on this app called Vine. I was already goofy so I just started recording myself and then boom magic happened.

I’ve watched a few of your videos and you are hilarious, but what really stands out is your singing voice, how long have you been singing?

I’ve been singing most of my life but never publicly until I sang a little on Vine. Once I actually started showcasing my voice my #rellagang or my fam loved it and they convinced me to start recording music. I freestyled a song on Vine, it’s only 11 something but why does it feel like it’s two something, and everyone convinced me to make it a real song. So, my first time in the studio I recorded my first single called “11 Something” with a production company called The Midas Mob. My first unofficial release went to No. 15 on the Billboard R&B charts, No. 4 on Amazon and No. 13 on iTunes.

What projects do you have out here and what are you working on?

I have a few singles out on iTunes and other music platforms, I recently released a cover of Cardi B’s  “Bodak Yellow” called “#BODAKRELLA” that went hella viral. I have an app game called “Brick Splits” I’m working on releasing a few more apps as well. I’m working on new music, finally, thank God. It’s my first EP and I’m pretty proud of it. I just finished a dope music video for the first release called “PBITT” aka “Pretty B—-es In The Trap” with the dopest producer in Atlanta, Polow Da Don and his production team, Zone 4.

How us girls dance with big boobs dance 😂😩 who else does this? 😂😂😂 can’t be the only one

How did it feel the moment you hit 1M followers?

The feeling was insane. I felt accomplished. I was super proud of myself because people really like me just being myself. It’s so funny because I remember when I was screaming with excitement when I actually hit my first 1K. So you know I just about fainted when I hit my first one million. To be honest, I’m still hyped each time I see my supporters increase because I’m just being myself.

What social media platform is your favorite and why?

Now that’s a tough question for real for real. I like the different platforms for different reasons and each one sort of compliments the other. YouTube cuts a check. Instagram markets and exposes you to new people daily especially since they’ve incorporated the updated popular page amongst other awesome things. Snapchat is super cool because I just feel like I can be myself all day and I can post millions of videos without getting on people’s nerves. Facebook is awesome but most of my interaction is on the other platforms, the funny thing about Facebook is some people only know me from there. Twitter I like because I feel like people who actually follow me on there is like my day one ol’ g’s. So, basically, they’re all my favorite because they all played an intricate part in helping me earn a living doing what I love to do.

As a voice of the youth, what do you think are some of the biggest challenges these days?

I don’t consider myself a voice of the youth. But I think some of the challenges the youth have today is just being themselves and not being pressured to keep up with the images they see on social media. Social media has become such a huge part of my generation lifestyle but it has its bad points too. Cyberbullying is the toughest part to deal with on social media and no one is immune to it.

I’ve got so many different moving parts right now. I’m finally releasing my EP like I said earlier my #rellagang has been on my case for a while so, I’m getting it finished for them. I’m also working on more projects for my YouTube Channel (Summerella), launching my web/mobile app project as well as releasing branding merchandise and lastly, I’m partnering with my celebrity MUA sister, Paisli Boissiere (IG/ paislib) in launching our own cosmetic line in the spring of 2018.

What words of encouragement do you have for our readers looking to pursue their dreams?

Find out what your passion is and work your hardest on perfecting it. Make a commitment to yourself that you will be the best no matter what you’d like to do. Always remain true to yourself and be your biggest supporter. No matter how hard someone tries to change you or try to beat you up about having a career choice different from what they want for you push through it and don’t let the negative energy bring you down. No matter how successful you get always be nice and treat people just like you’d want them to treat you.