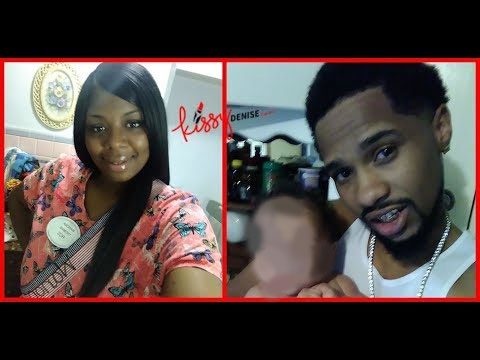 A Milwaukee woman’s decision to use social media as a platform to announce that she has HIV is being shared across social media. The woman goes by the name of Winona “NuNu” Thomas and states that she learned that she is HIV-positive and her baby’s father infected her. In response, her boyfriend also took to social media to explain his side of the story. Thomas does admit that he has HIV but he takes medication and the virus is undetectable.

Thomas decided to create her video after dealing with the stigma of HIV. Last year, she went to get a checkup and found out she had “a couple of different” STDs/STIs, so she decided to get an HIV test, which came back positive. She states the only sexual partner she had at the time was the father of her youngest child. The single mother has also started a GoFundMe campaign to “start my non-profit organization of LIVE IN UR TRUTH to speak upon HIV & Aids awareness and to share and spread my story of how I became infected with the HIV virus!”

Her video can be seen below:

Her boyfriend responded with the following: