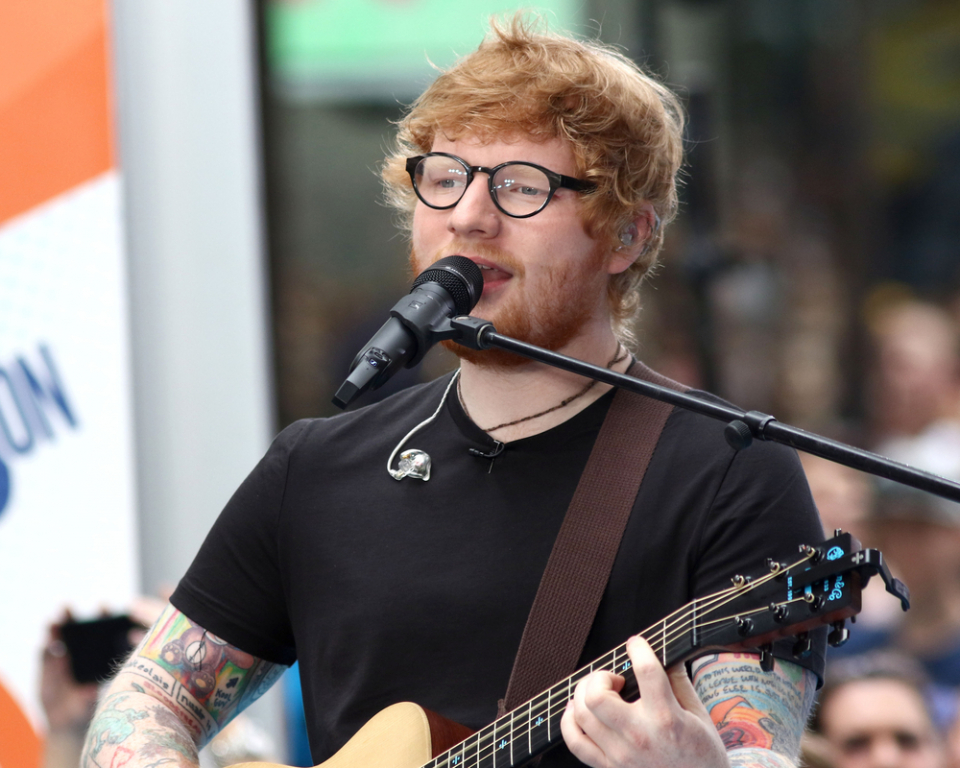 Ed Sheeran says he owes his weight loss to using a George Foreman Grill. The 26-year-old singer-songwriter piled on the pounds during his hiatus in 2015, because he would over indulge on takeaway food and booze, but claims using the Lean Mean Fat-Reducing Grilling Machine to make his meals was key to getting him back into shape.

He shared, “I bought a George Foreman Grill ’cause I got made fat!

The “Shape of You” hitmaker put on around 21 pounds, and while he isn’t overly bothered by his size, he blames wearing trousers with elastic waists for allowing room for expansion.

He admitted to Julie Adenuga on Beats 1 radio, “I don’t know if I care, though.

“The mistake was the first time I bought jeans with elastic, that was the mistake.

“It just slowly started happening and sometimes my clothes actually do shrink in the wash and it’s like, ‘Ahhh yeah, this has shrunk.'”

Earlier this year, Sheeran admitted he wasn’t really “comfortable” taking his shirt off for his ‘Shape of You’ music video.

At the time, he said, “My lifestyle changed. I realized I needed to start exercising, not necessarily to be slim but have a healthy heart. By exercising and not having such a wild lifestyle, you end up being a healthy human being.

“Having my shirt off in the video wasn’t my idea, though. It was the director’s and it kind of happened very last minute. I wasn’t really comfortable with it but he lit it in such a way that it ended up looking quite cool.”