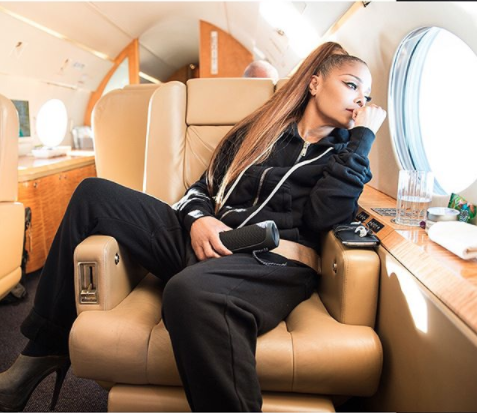 Janet Jackson has reportedly rekindled her relationship with Jermaine Dupri.

The “Together Again” singer has sparked rumors she’s dating the 45-year-old hip-hop star again after they were spotted “cuddling and holding hands” at Janet’s after-party in Atlanta, where she wrapped up the US leg of her “State of the World” tour on December 17.

A source told Us Magazine, “They were cuddled up and holding hands.”

The couple dated for seven years until their split in 2009, but set tongues wagging last month when it was reported they are “consistently in contact”.

However, they’ve only just made things official as the 51-year-old beauty wanted to keep things casual until after her tour due to her busy schedule.

An insider said previously, “Janet is single. She is good friends with Jermaine. They share a very close and beautiful bond. He’s been there for her and she loves that about him. Anything can happen in the future but right now she has a lot on her plate.”

The pair’s public display of affection comes just eight months after she split from her husband Wissam Al Mana following a five-year marriage.

However, Dupri and Jackson have remained in contact over the years, but it’s believed they grew even closer when she leaned on him following her split from Al Mana.

A source said, “Jermaine and Janet have remained friends through all these years and never lost touch. They had a period when they broke up and didn’t talk for a bit but overcame that and found friendship again.