The season 10 salaries for each  RHOA cast member have reportedly been unveiled, and the ladies have come up mightily in the past few seasons. Check the housewives’ cash flow below.

RadarOnline was able to track down the producers of the TV series and get the scoop on the dividends. We can now see not every peach was created equal, as each housewife gets not even close to the same amount of cash. In fact, there’s a striking difference of 212 percent between one of the housewives’ paycheck and the multi-million dollar check that goes to NeNe Leakes. 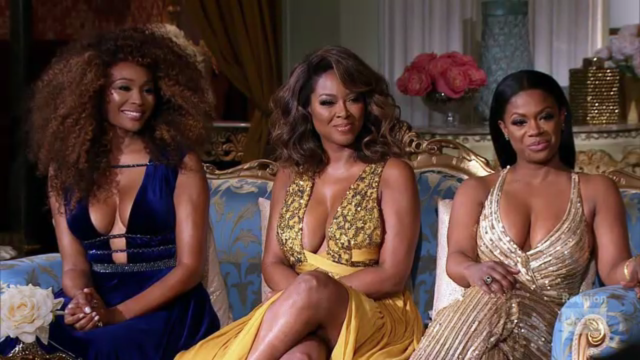 Cynthia Bailey: While she fends off accusations of perpetrating a fraud through her relationship with Will Jones, she was able to negotiate the most significant raise from season 9. She got a $400K raise from last year and will pull in $1.6M for season 10 of RHOA.

Multifaceted maven Kandi Burruss keeps killing the game as a singer-songwriter on tour with Xscape, an actress on Broadway, a founder of Kandi Kares foundation, and as an entrepreneur, let alone being one of the most popular reality stars on television. She was able to score a raise of $200K, which brings her season 10 salary to $2M, the second-highest salary on the show.

Sheree Whitfield is working the game slowly but surely. After being bounced from RHOA a few years ago, she was able to return to a supporting part-time role. Now she’s got a full-time gig and $1M for the 10th season of RHOA. This is yet another improvement from Whitfield’s 9th season salary of $800K.

Kenya Moore will be getting $1.5M for the 10th season of RHOA. She was fined $25K for refusing to film a scene with her father. This was when they were arguing about the reasons for which she did not invite him to her surprise wedding. She only agreed to a phone conversation. Moore also lost a whopping $100K after the show’s producers reportedly barred her from going on a trip to Barcelona over displeasure with her refusal to film at least a few scenes with her new husband, Marc Daly.

Porsha Williams will “only” be able to get $800K for the 10th season of RHOA, and she’s the only housewife who will be making under a million dollars. Who’s surprised by this? No one.

NeNe Leakes, not surprisingly, gets the juiciest peach because she’ll be getting $2.5M for the 10th season. She was able to translate her urban appeal into mainstream fame and clock the most dollars on the show.