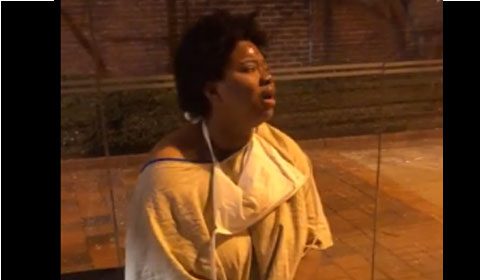 All it takes is a second for someone to care and save a life. This recently happened to Imamu Baraka, a Baltimore resident, and a mental health therapist. As he was walking home from work, he saw three security guards from University of Maryland Medical Center Midtown Campus (UMMC) pushing a woman in a wheelchair, clad only in a hospital gown, to a bus stop. The guards pulled the woman out of the chair, placed a small pile of belongings next to her and left. The temperature that night was 37 degrees and Baraka was alarmed. 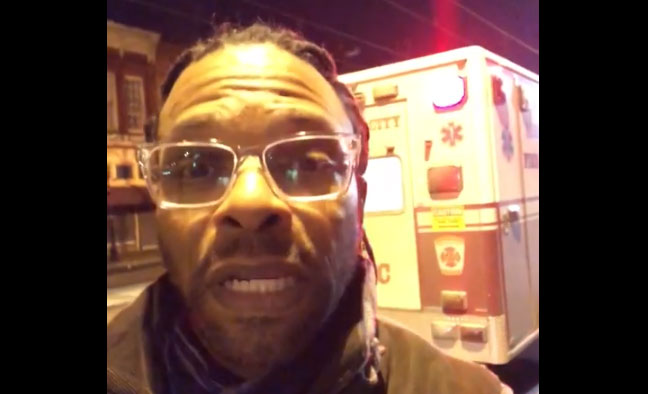 He chased after the security guards and asked them why they committed such a heartless action, to which he got a lame response. Baraka called 911 that night and stayed with the woman for several minutes encouraging her until help arrived. Finally, emergency workers responded and took the woman back to the same hospital for treatment. Due to privacy laws, the hospital has not released the woman’s name or why she was being treated. Fortunately, Baraka recorded his experience that night on his cellphone and uploaded the video to Facebook.

Since the video was posted, it has quickly gone viral and now UMMC has taken notice and issued a response. The University of Maryland Medical System released the following:

“We share the shock and disappointment of many who have viewed the video showing the discharge of a patient from the Emergency Department of UMMC Midtown the night of Jan. 9. This unfortunate event is not representative of our patient-centered mission.

“While there are many circumstances of this patient’s case that we cannot address publicly, in the end, we clearly failed to fulfill our mission with this patient, no matter the circumstances of her case or the quality of the clinical care we provided in the hospital (which is not depicted in the video). We are taking this matter very seriously, conducting a thorough review, and are evaluating the appropriate response, including the possibility of personnel action.”