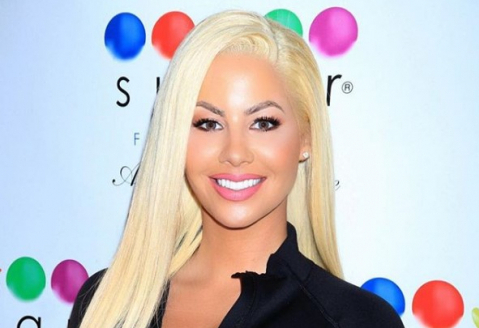 Everyone has their particular sexual peculiarities. But most of us don’t spray paint our desires on an overpass or advertise on the side of a bus.

Pop culture personality Amber Rose, however, is different, to say the least. She is not cut from the same cloth as most. She doesn’t have the same inhibitions or thought patterns and doesn’t mind announcing her preferences through a megaphone or prodcast.

Rose, who is completely immersed in her trap love with 21 Savage, a man she went public with last summer, loves everthying about him, their sex life … and even the scent of his underwear.

The stripper-turned-socialite-turned-TV host recently chatted with her “Loveline” podcast co-host Dr Chris Donaghue. They broached the subject of sexual partners loving, and finding comfort in, the smell of their lover’s clothes.

According to Donaghue, some people sniff their significant other’s clothes seeking a reprieve from stress or looking for temporary tranquility.

Rose took the discussion to another level when the blonde-haired beauty brought up smelling her Atlanta rapper boyfriend’s underwear — because she gets pleasure out of smelling his testicles.

She told the doctor that she’s “sniffed his underwear like where his balls are — it smells so good.”

If you thought that was extremely peculiar or nasty, Dr. Donaghue took it even further when the doctor said, “With my ex, I would say sometimes don’t wash your underwear and wear it a couple days in a row and leave it out for me — [I like to] rub my face in it.”

Rose, knowing that their idiosyncrasies were outside the norm, laughingly retorted with, “Are we gross? That’s hot to me, I’m sorry. It has the smell of their pubic hair walking around throughout the day … Woo!”

Donaghue said of the practice, “not only does it turn you on, it really reduces stress.”

Rose added that she likes to smell her man’s cologne and pheromones on his clothes.

OK. Well, there you have it. We guess this is one of the reasons they invented the acronym “TMI.”