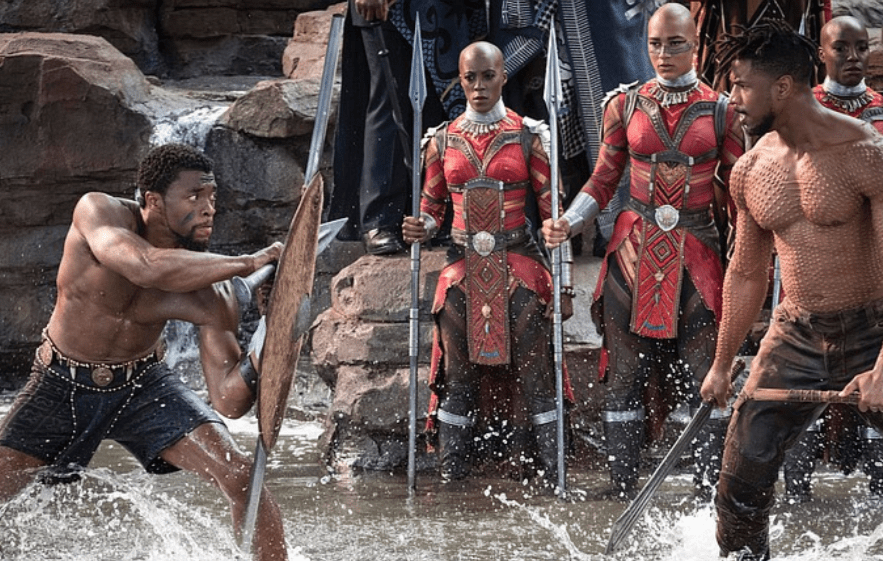 Black Panther has broke records and exceeded expectations. The Black community supported the film due mostly because Hollywood has failed to give prominent roles to Black actors on powerful platforms. The successes of Black Panther should change the lack of Black representation in big budget films.

But beyond the box office success, Black Panther proved to be great action film with a superior storyline that resonates with Black history. The most intriguing storyline was that of T’Challa (Chadwick Bozeman) and his dispute with Killmonger (Michael B. Jordan).

T’Challa exuded the power of a king who only used his power when necessary. He protected the vast richness of Wakanda, keeping it shielded from the outside world. In contrast, Killmonger aligned himself with the oppressed Black people around the world, believing that he could free the oppressed by arming them against their oppressors.

Their disagreements were symbolic of the early ideologies of Dr. Martin Luther King, Jr. and Malcolm X. Dr. King’s approach to racial strife was for Blacks to remain non-violent and to fight civil rights issues through the court system.

“All my adult life I have deplored violence and war as instruments for achieving solutions to mankind’s problems. I am firmly committed to the creative power of nonviolence as the force which is capable of winning lasting and meaningful brotherhood and peace,” King wrote in his book, The Autobiography of Martin Luther King, Jr.

Malcolm X believed that a different approach would lead to more solutions. “You can’t separate peace from freedom because no one can be at peace unless he has his freedom,” Malcolm X said. He also said, “Nobody can give you freedom. Nobody can give you equality or justice or anything. If you’re a man, you take it.”

The beauty of Black Panther is that the storyline went beyond the cliché battle between a superhero and villain. There was a layered background between both characters. And it was also a nod to two of the most important figures in Black history.

The symbolism of Dr. Martin Luther King, Jr. and Malcolm X is reintroduced in the land of Wakanda.