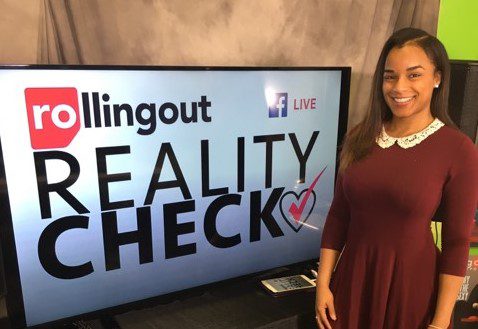 There is no shortage of model-actresses on social media but when you start looking at resumes it becomes clear who only does it for the ‘Gram and who does it to make a living. Jessica Moultrie spent 10 years as a Rocawear model in New York along with several other big-name brands before relocating to Atlanta. The statuesque beauty is passionate about her craft and prides herself on being the ultimate professional in an industry that is male-dominated and often preys on women.

Moultrie refuses to give names but says she has been harassed by some of the industries most recognizable names. She also says women have mocked her for choosing not to trade her sexuality for success. “Some of the girls I’ve worked with have two or three babies by rappers or athletes and they aren’t chasing their dreams anymore,” Moultrie says. “A lot of them thought I was stupid for not taking some of the offers I was given but I chose my talent and self-respect over anything else. Some people think doing it the right way takes longer and it may but I like the end result better doing it this way.”

Aside from numerous successful modeling campaigns, Moultrie has also starred in several independent films, most importantly her decision to stay professional has resulted in her establishing lasting professional relationships, some of which she certainly wouldn’t have if she had chosen a shortcut. Moultrie’s relationships have paid off not only for her own career, but she recently launched a talent management company for children called Adorable Talent.

“I love kids and I love what I do, so this was the perfect way to combine two things that I love,” Moultrie explains. Adorable Talent has been responsible for booking child actors and models with some amazing opportunities. Helping little ones get their start is something that brings a sense of fulfillment to this 20-something girl boss and she looks forward to growing the company even more. As of today, Adorable Talent Management has booked tots with brands such as Huggies, Fisher Price, Carters, Nickelodeon, AT&T, Toys R US and many more. Moultrie was especially proud of an opportunity she received to shoot a reality show in France that created opportunities for her clients as well.

The sky is the limit for Adorable Talent Management and its CEO Jessica Moultrie. Just like the adorable talent that she manages, Moultrie is excited about the direction of her own career as well. She is currently shooting a big budget film while managing her staff and agency.