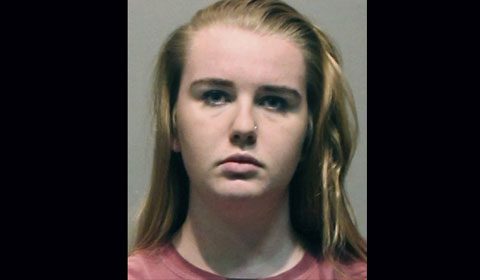 A racist student who tormented her Black roommate by poisoning her with feces will not serve a day in jail for the crime.

The incident took place at the University of Hartford. Brianna Brochu terrorized her Black roommate by smearing feces and blood from a used tampon on her backpack. Brochu admitted to the crime on social media.

Brochu bullied her Black roommate, Chennel Rowe, during their time as roommates. Rowe asked for a room change, but the college would not grant her request. Brochu was eventually expelled from the school.

But Brochu only received a slap on the wrist for her crime from authorities. Judge Omar Williams of Superior Court in Hartford only sentenced Brochu to probation, allowing her to avoid jail time.

She only has to serve 200 hours of community service and can have her charges dismissed after two years.

The incident serves as another case of a privileged person being allowed to escape punishment after committing a horrific crime.

The NAACP asked for hate crime charges, but the prosecutor in Hartford decided against that idea.

If you’re a college student, don’t forget Brianna Brochu’s name. If she doesn’t like you, she will smear bodily fluids on anything while you’re not looking. White privilege = special type of probation which dodges a criminal record

I hope Brianna Brochu gets dragged by her waddle anywhere she goes for the rest of her days.

Brianna Brochu receiving rehab will never ever make her a better person, she should serve her time because that was a crime. She violated her roommate’s things and also traumatized her!!!! Rehab will never bring back the loving ness in her. Smh.