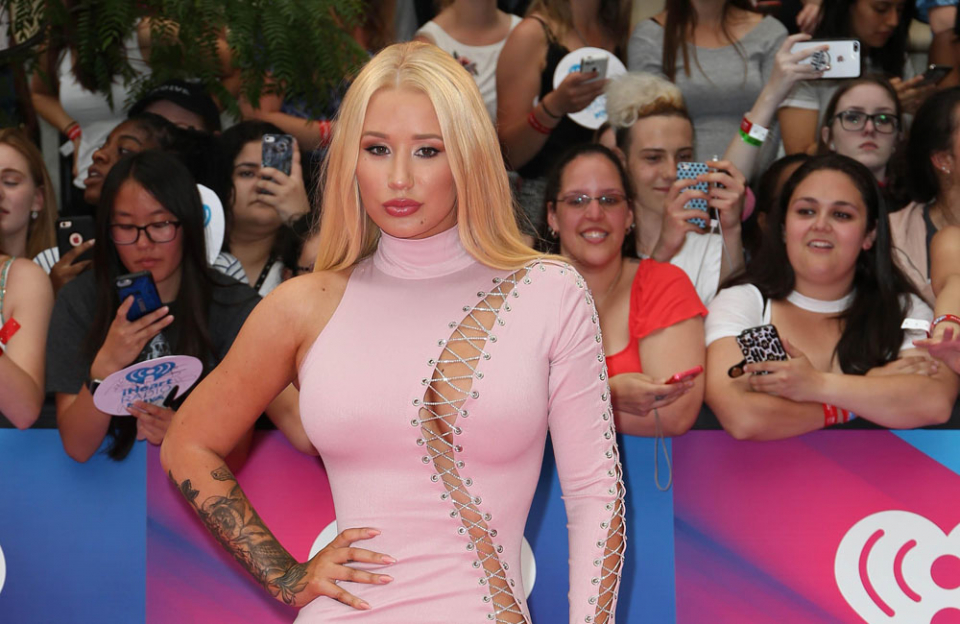 Iggy Azalea wants to collaborate with Cardi B.

The “Fancy” hitmaker has revealed the pair got on well when they bumped into each other while recording at the same studio where Iggy worked on her latest single “Savior” with Migos star Quavo, and she would definitely be up for making a duet with the “MotorSport” rapper.

Appearing on “Watch What Happens Live with Andy Cohen” on Sunday, March 18, 2018,  Iggy answered a question about a collabo: “Yes, I would love to. I’ve met her a few times when I was recording my single ‘Savior’ with Quavo and she is super, super nice. I would love to.”

The Australian rapper is currently finalizing her new album, Surviving the Summer.

Azalea originally titled her album Digital Distortion and was due to release it at the end of last year, but her label delayed it.

She had released the singles “Team,” “Mo Bounce” and “Switch.” However, she announced that she had parted ways with Def Jam Recordings, and will be calling the record Surviving the Summer under a new record label, with brand-new songs.

It’s not known if Azalea’s collaboration with former rival Azealia Banks will be on the record.

Azalea and Banks decided to bury the hatchet once and for all after being at each other’s throats since a tirade was launched in 2014.

Announcing the shocking duet on Snapchat In July, Azalea wrote: “Public Service Announcement, Azealia is going to be on DD. We are collaborating. Burn your wigs now or preserve them in your freezer for release day.”

After backlash from her fans, Azalea used Twitter to explain she had decided to team up with Azealia and turn the situation into a “positive.”

In a series of tweets, she wrote: “I dont [sic] expect you guys to understand why i [sic] would collaborate with someone who has publicly said they hope i [sic] die …

“This has been something extremely negative for so long, if there is a way to make it positive and also be creative together, im [sic] here for it.”

In 2014, Banks blasted Azalea, 27, for staying silent on ”Black issues” such as the police killings of Eric Garner and Michael Brown.

Banks had fired off an expletive-laden tirade against Azalea after she criticized Beyoncé for supposedly poking fun at “stereotypical White names” like Becky on her album Lemonade.

The row erupted after a follower referred to Azalea as Becky, the mystery woman Beyoncé mentions on the Lemonade album, who she suggests was romantically involved with her husband Jay-Z.