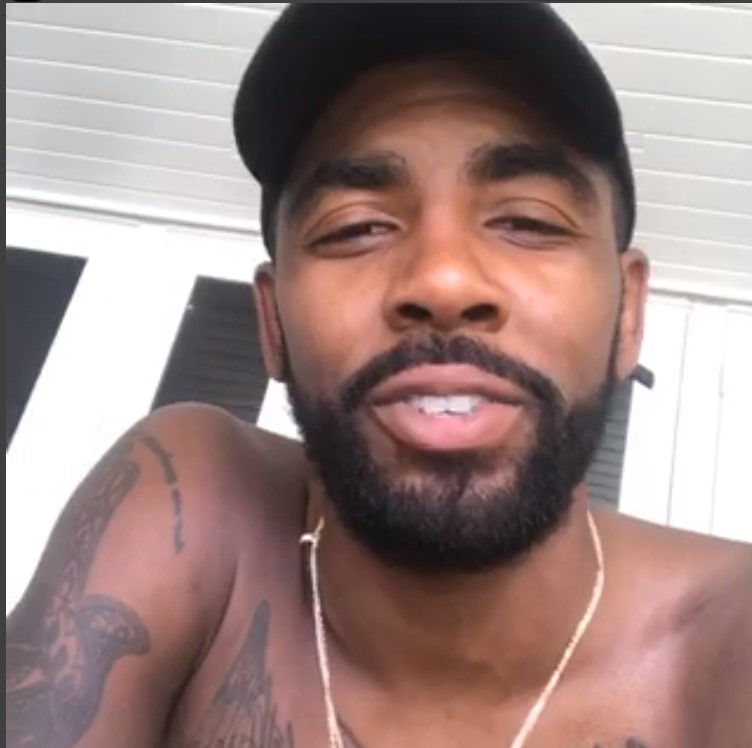 The path to an astounding eighth straight NBA Finals has been supposedly cleared, and the pressure has therefore been ratcheted up for, the NBA’s reigning “best player,” LeBron James.

This comes in the aftermath of the devastating news that former teammate and current Boston Celtics star Kyrie Irving will miss the rest of the regular season and the playoffs after undergoing arthroscopic surgery to repair the effects of a previous knee surgery. Irving broke his kneecap in half during the 2015 NBA Finals against the Golden State Warriors.

Irving, 26, caused consternation before the season when he demanded and received, a trade from the Cleveland Cavaliers to the Boston Celtics, thus shifting the balance of power in the Eastern Conference from Cleveland to Boston. The Celtics will enter the 2018 playoffs as the No. 2 seed in the East with a 53-25 record with Irving powering the team at that point while averaging 24.4 points, 5.1 assists and 3.8 rebounds this season, according to NBA.com.

LeBron’s Cavs currently reside as the No. 3 seed in the East with a 48-30 record, good for a tie with the fast-rising and dangerous Philadelphia 76ers. The Cavs will undoubtedly be favorites to come out of the East, despite being eight games behind the league-leading Toronto Raptors (56-22 record).

Without Irving and Gordon Hayward, the superstar who was injured in the very first game of the season with a broken foot, the Celtics are not expected to unseat LeBron from his perch of owning the East for the better part of a decade.

Irving, arguably the most exciting ball handler and around-the-rim shot maker in the game today, posted this message on Instagram after coming to terms with the bad news of his red carpet ride of a season that came crashing down:

“The hardest thing to do sometimes is accept the uncontrollable things life throws at you. You try consistently to learn, grow, and prepare everyday to equip your mind, body, and spirit with tools to deal with some of those things, but I feel when those moments arise they all give you a sense of unfulfillment, simply because it puts some of your professional journey and goals on a brief hold. It’s simply a test of your perseverance and Will, to be present, even in the wake of what’s going on. In this case, finding out I have an infection in my knee is definitely a moment that I now accept and move past without holding on to the all the what ifs, proving the nay-Sayers completely f***ing wrong, and accomplishing the goals I’ve set out for the team and myself. This season was only a snapshot of what’s to come from me. Trust Me. “The journey back to the top of Mt. Everest continues.” #StandingRockSiouxTribe

“Let’s go Celtics!! Celtics fans, I look forward to hearing how loud it gets in the TD Garden during the playoffs and experiencing how intense the environment gets. Thank you all!”

What do you think, b-ball fans? Do you believe that Irving’s season-ending injury automatically ensures LeBron and the Cavs return to the NBA Finals?