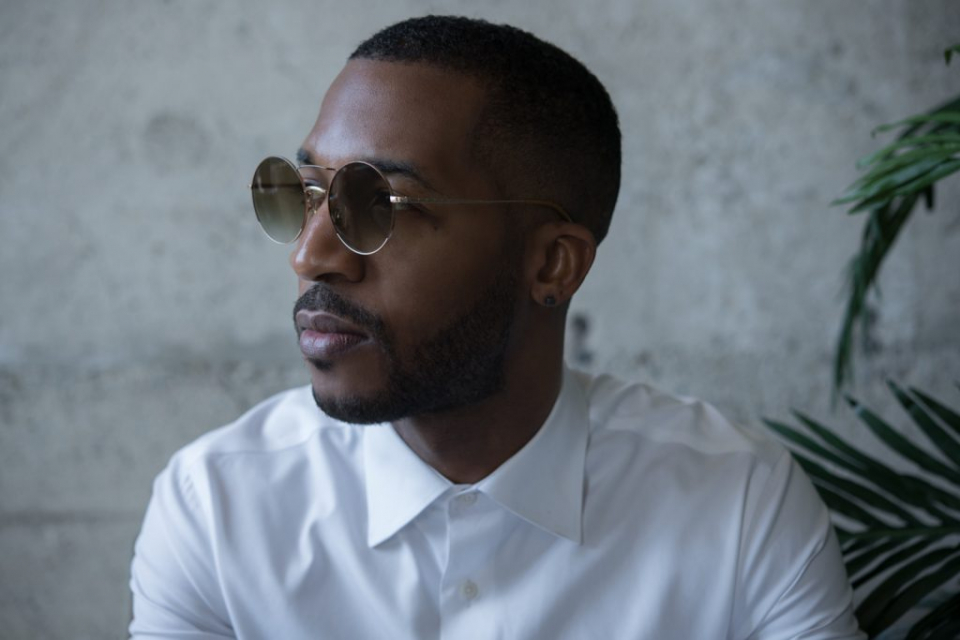 Enitan Bereola II wrote three award-winning and best-selling books that Barack Obama, Oprah Winfrey and the Zuckerbergs own — Bereolaesque, Gentlewoman and The Gray. Bereola is a renaissance man in true form, gallivanting the globe, cataloging pop culture and curating sold out shows that pair wine and restoration with the critical conversation between literary masters, Forbes-listed painters, and Grammy Award-winning artists. Bereola’s knack for storytelling landed him a motion picture development deal. Bereola is the millennial gentleman.

Rolling out had the opportunity to chat with Bereola about his family and his art.

What has surprised you the most about entrepreneurship?
The effect it has on your mental health and how equally urgent it is to rest, pray, love, live and breathe as it is to network, outwork, outdo, outsmart and outlast the competition. The cost of a billion dollars isn’t worth the cost of a billion dollars. That’s my observation — I’m no billionaire. Anyone can reach success, but who can maintain it? Entrepreneurship is a marathon — I’ve watched stars burn out then fade from moving too fast. I mind my business, listen to my wife and drink water. That’s my secret.

Oh, I’m surprised at how often we allow people outside of our culture to become the proprietors of our culture. We let outsiders wave product, promotion and perceived power in our face while they drain us of our natural resources and we post the IG photo of crumbs left on the plate smiling as if we’re truly eating. Inclusion isn’t enough. Ownership only.

Who has influenced your career?
Steve Canal. We’ve been on tour for the last seven months. He lets his actions speak. I hear more about his incredible deeds from others than I do from him. I like that. Been talking less and doing more lately. I like that.

What’s next for your business?
Communication comes in many forms. I’m making a lot of noise this year. Working with Hill Harper and Kenneth Whalum on recording “The Gray” audiobook. The Exhibit Gray Tour is traveling through London. We’ve green-lit some dope celebrity ghostwriting projects. A documentary is in the works along with a fresh film I’m producing — wish I could say more, but you’ll have to have me back for a cover-story and we’ll do an exclusive! I’m in the middle of negotiating transactions rights for the third book. We relaunch the website. I’m working with some dope brands. Speaking at some cool conferences – dates available on bereolaesque.com.

You have a beautiful family. How do you manage work-life balance?
Thank you. For me, balance is handling 21 different projects, coordinating flights with a babysitter and discovering cute day-dates with my wife. If I feel like I’m doing too much, I release the pressure by slowing down. I’ve adopted the idea of guilt-free neglect where I close my laptop and play with my family even if there’s work to do.

You’re gonna die with things to do on your to-do list. Don’t forget to live.

You develop character and ideas by ….
It was once wine.

It used to be music and art.

I am granted access to the words you do not say. I invade your thoughts and emotions not to cause disorder, but to cure disease. I put myself in your shoes. It lets me see you. It creates empathy and allows understanding. My job as a writer is to see you and tell you what I see. My method is by making you uncomfortable because change hardly comes from comfort.

What inspired you to write?
A mentor provoked me. Ultimately the Holy Spirit spoke to me. No hocus-pocus, all facts. The fact of the matter is I never aspired to be a writer. I wanted to be a CIO somewhere sitting in Silicon Valley. Life inspires me to write. I often see what people miss. I float between past, present, and future. I see things before they happen. I see things as they happen — as they are. If you listen, stories are everywhere waiting to be told. Discernment is a tool that gives me access to unsaid words.

Do you have a specific writing style?
There’s a rhythm to it. It has a heartbeat. There’s legacy in the literature. I’m a writing stylist that sources, sows and sells the sentences that set spirits on fire. I tell secrets to future generations with coded language. My work is designed to keep going after I stop.

Describe the process of getting published.
The first step is the hardest — don’t write unless you have something to say, something honest and valuable that solves a particular problem. Run the idea past a trusted network. Test the content against a large sample size like social media. Have a direct line to your consumer. Engage. Have a presence, be identifiable in the marketplace. You can’t Google experience. If you’d like to know more, text me: (323) 870.1750.

What were the literary, psychological or logistical challenges in bringing your work to life?
Everything that can get in the way will get in the way. It’s like any other thing worth having. Writing challenges you entirely. That’s the beauty of it. The growth that occurs as a result of the literary process is therapy. A writer commits his or herself to their work. We scarify our being and pour our soul onto pages with the hope that the drips become puddles leading to oceans of inspiration. In order to empower people — you must give your power away. The more power you give, the more powerful you become. When a writer is moved, a reader is moved. Don’t be moved by fear, but move in spite of fear. I did. I was shaking at my first Ball State University booking. I was afraid when the computer my first book was on crashed and I had to start over. I was nervous when my first book didn’t sell as much as I thought it would. I almost lost it when I experienced an error making Gentlewoman available for sale on its release day. Fail to plan — plan to fail.

What is the mission you set out to accomplish with your voice in this book?
Truth.