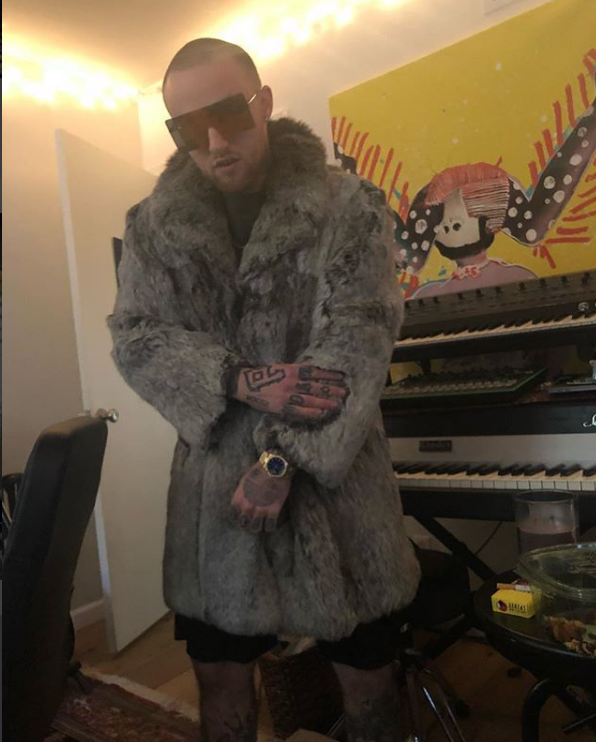 Rap artist Mac Miller has been arrested and thrown into the Los Angeles County Jail after he had a car accident while he was drunk and then fled the scene, the media has learned.

According to TMZ, Mac was driving in suburban Los Angeles around 1 a.m. on May 17 when his 2016 G-Wagon ran into a power pole and broke it.

Instead of staying on the scene, and perhaps seeking medical attention, the rapper and his two passengers fled the scene on foot. Unfortunately for Mac Miller, aka Malcolm McCormick, someone witnessed the crash and the hasty getaway and notified authorities.

When officers arrived on the scene in the San Fernando Valley area, the eyewitness pointed in the direction Mac and his buddies had fled. Authorities simply ran the plates, got Mac’s identity and address and showed up at his home to make the apprehension.

Mac, to his credit, copped to driving the car and fleeing the scene with his friends and was arrested without incident.

In fact, the law enforcement source told the entertainment publication that Mac Miller was the nicest drunk he’d ever encountered.

“He was the most polite and nice intoxicated person we’ve ever seen,” that person divulged to TMZ.

Mac’s bail was set at $15K. At press time, “The Way” rapper remains under detention.

Mac’s arrest came on the heels of being dumped by his girlfriend at the time, singer Ariana Grande, who told her fans that she had split with the rapper last week.

Although Grande did not go into detail as to the circumstances that led to the breakup, she did say the two would continue to be close.

“This is one of my best friends in the world and favorite people on the planet Malcolm McCormick,” Grande, 24, wrote via an Instagram story post on May 10. “I respect and adore him endlessly and am grateful to have him in my life in any form, at all times regardless of how our relationship changes or what the universe holds for each of us.”

“Unconditional love is not selfish. It is wanting the best for that person, even if at the moment, it’s not you,” she added. “I can’t wait to know and support you forever… I’m so proud of you.”

Part of her gratitude stems from the fact that they collaborated on her first big hit, “The Way” in 2012. The former couple also covered “Baby It’s Cold Outside” and “My Favorite Part” in 2016.

“We work really well together,” the rapper told Complex in 2016. “We had a lot of fun in the studio. And I love … how incredible of a singer she is. “Our writing chemistry is amazing. Our song came together so nicely and our voices sound so nice together.”

Grande didn’t immediately respond to TMZ’s request for comment about her ex-boyfriend’s arrest.