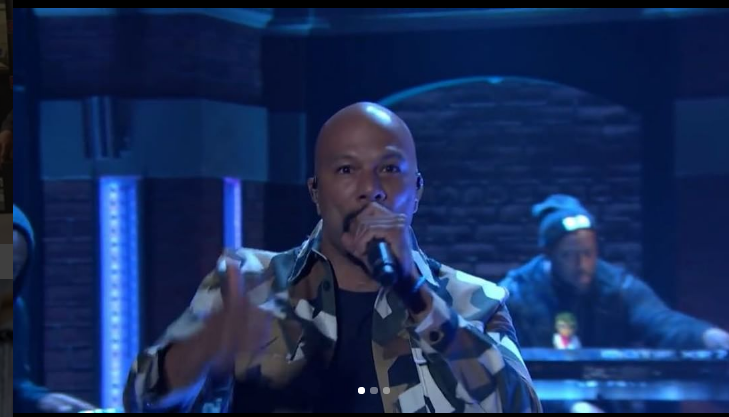 Rap royalty Common is lending his sociopolitical expertise to help Starbucks recover from its national public relations disaster after having two Black men arrested for simply sitting in their store last month.

As the company announced in April, the international coffee behemoth Starbucks closed 8,000 of its stores on Tuesday, May 29 for all staff to undergo racial sensitivity training. Common, who was born Lonnie Rashid Lynn Jr., is featured as one of the company’s experts to help with racial bias training.

According to Mashable, Common, 46, has been described in a video preview as one of Starbucks’ “guides.” He tells viewers that his goal is for the employees to “see each other fully, completely, respectfully.”

Other distinguished personalities also participating in the training include Sherrilyn Ifill, president and director-counsel of the NAACP; Heather McGhee, a representative from liberal thinktank Demos; and Brian Stevenson, executive director of the Equal Justice Foundation.

The videos are stories of people who are considered socially conscious who can help those in the service field understand what can happen when you treat certain demographics differently than others.

However, according to Fortune magazine, some political pundits criticize Stabucks’ move to use Common, who has praised Assata Shakur — the former Black Panther Party member who was convicted of killing a police officer in New Jersey in the 1970s. Shakur, the godmother of rap legend Tupac Shakur, later escaped from imprisonment and fled to Cuba where she remains. She is on the FBI’s Most Wanted list to this day.

The training that Common is involved in is the response to the company being blasted after two Black businessmen in Philadelphia were arrested after their refusal to leave for not purchasing anything from Starbucks. A White employee called the police when the two men were denied the use of the bathroom and refused to order.

The Black men later told “Good Morning America” they were preparing to hold a business meeting and were waiting for a friend. The friend, a White businessman, arrived just as the two Black men were being arrested.

Embarrassed, Starbucks executives quickly had the charges dropped and the Black men were released from police custody.

It was too little too late, however. The incident was recorded and posted online by shocked White patrons of Starbucks and quickly went viral, inciting outrage and protests nationwide that inspired today’s racial-sensitivity training.