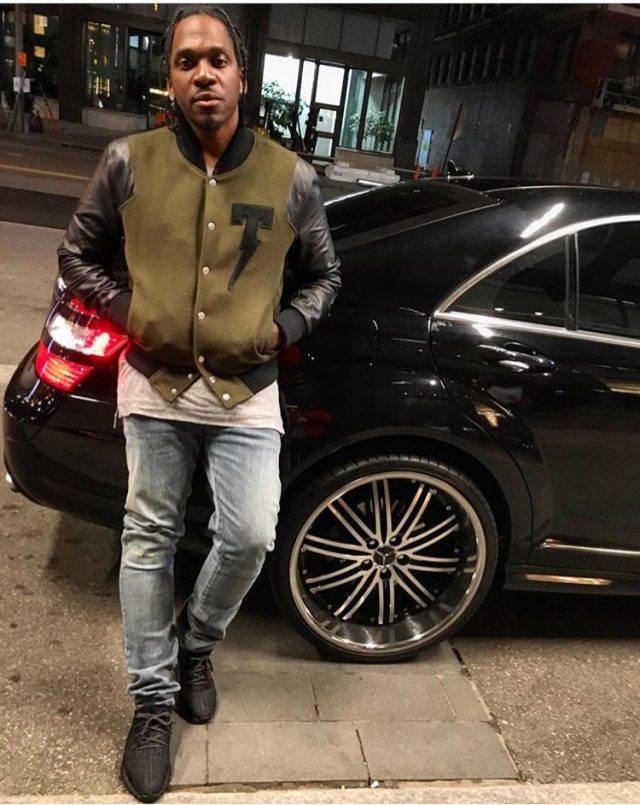 Twitter has erupted as Pusha T released his latest diss record to Drake, “The Story of Adidon.” The cover art of the song taken by photographer David Leyes is just as jaw-dropping as the diss track. Drake can be seen wearing a green hoodie and a black face, which has many people raising their eyebrows at the rapper.

Pusha T’s photo of the record cover on Instagram was quickly taken down.

First time this has happened to me…

The latest diss is a response to the Toronto rapper’s “Duppy Freestyle.”

Pusha T didn’t just stop at the baby mother allegations. The MC took the diss to a whole new level by mentioning the OVO rapper’s mother and father’s relationship and his ill friend Noah “40” Shebib.

Shebib was diagnosed with multiple sclerosis in 2005, and Pusha T wanted the world to know that the producer’s time could be up: “OVO 40 hunched over like he’s 80. Tick, tick, tick. How much time he got? That man is sick, sick, sick.”

While some people criticize Pusha T for being in his 40s in the rap game, he proved that he can still compete with even the most popular rappers such as his rival Drake.

Check out the reaction to “The Story of Adidon” from Twitter users below.

Pusha T’s response to Drake is 🔥🔥🔥

Drake fans at it again complaining about how Pusha T have gone personal, shall I remind you that it’s “beef” not chicken? pic.twitter.com/6HJ0QAK3mO

Drake : I can never have a kid then be out here still kiddin round