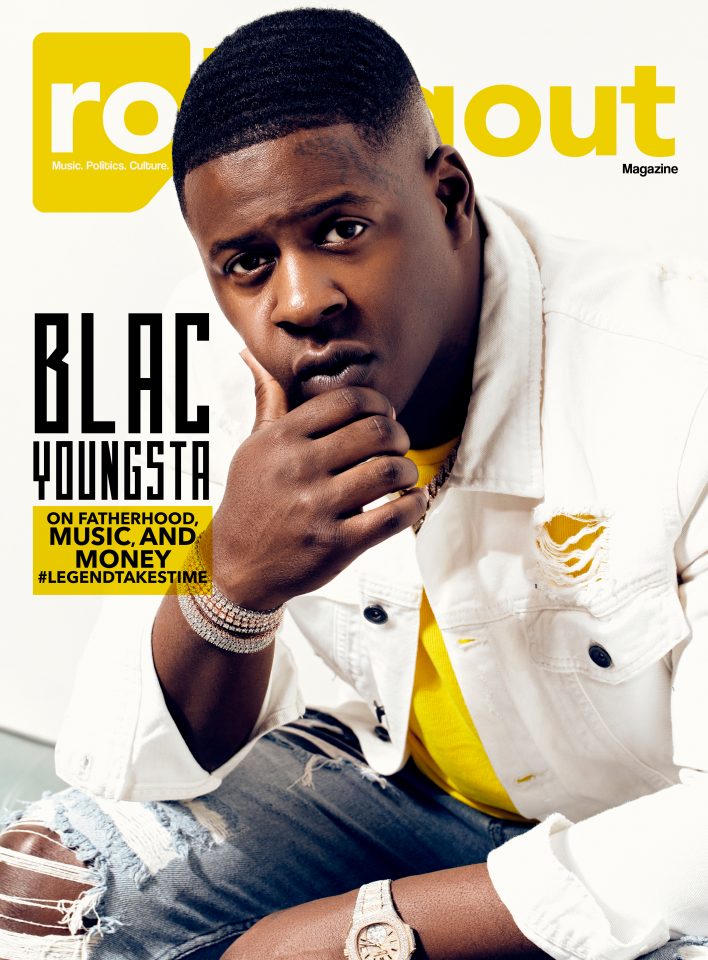 Blac Youngsta is an anomaly. In a world where the perception of Black men — particularly in the entertainment industry — tends to shade toward the violent images found in a stereotypical gangster flick, Blac Youngsta is currently giving none of that.

That wasn’t always the case with the Memphis, Tennessee-born rapper, who arrived on the scene with the same predisposition to exude a toughness that could only be derived from real-life struggles.

But then something flipped.

His change in demeanor, and the subsequent success that followed, is a fascinating
character study — one that he was all too willing to share in this exclusive interview
with rolling out.

Here are some of our favorite moments from our time studying the evolution of Blac Youngsta. 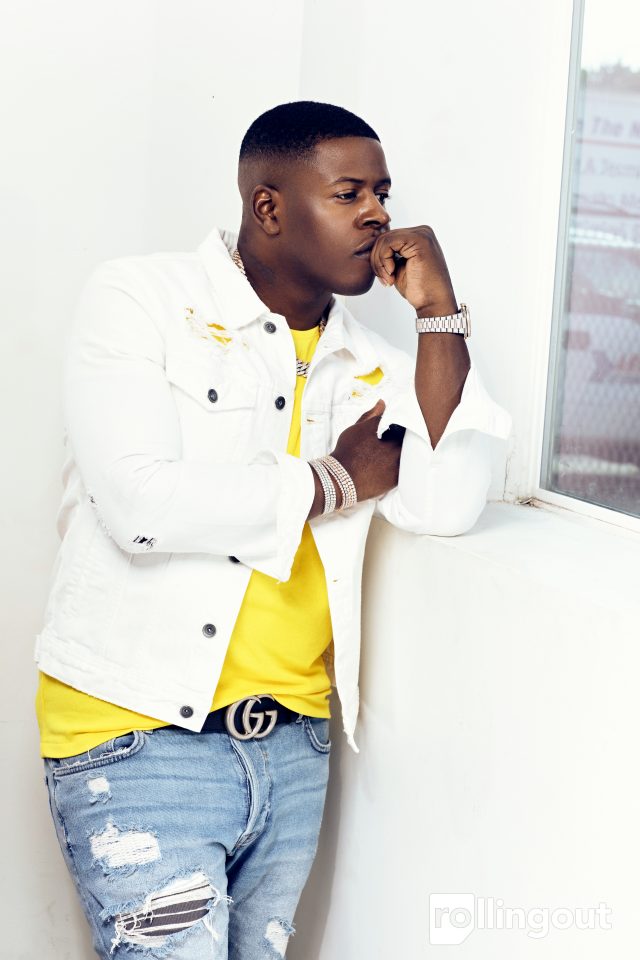 When I look at hip-hop artists, I can never really tell if they are actually enjoying life or putting on a show. But when I look at you, it legitimately looks like you’re having fun.

Yeah, but I go through bad days just like anybody else, and I have problems, but I’m the type of person who won’t post if I’m not feeling it or if I’m having a bad day. I don’t like to fake it, but when I’m back in the mood, I’ll post again. A lot of people are big on faking it. I don’t like going to clubs. I’d rather be in my house partying because I know I’ll have way more fun. At the club, you always have to look around and see what’s going on around you. You know what I’m saying? I’m just happy with life man, and you see that. When you come from where I come from, you [are] going to wake up and want to talk to God more. I mean I used to talk to him a lot when I was down, trying to come up. But now I talk to him way more.

Why do you think that is?

Because when you talk to God while you’re down, you [are] asking for this and that, but not in the right way. I wasn’t doing my part, but when I started doing my part, I was, like, you can’t tell me God isn’t real. I’m a believer.

What do you mean by your part?

My part, as in not asking and being patient and just waiting for my time to come and trusting that I was going make it. I [have] been rapping all my life. I felt like I was supposed to make it three [or] four years ago, but I never came out and said [that]. I just came out happy and grateful.  Let’s say we [are] both rapping, and there was a point where I’m around people and they [are] taking off, and it made me question God ’cause I’m wondering when it will be my time. But when it [was] finally time for Him to bless me, He blessed [me]. I may end up going further than you or pass you. So, no matter how long it takes, you [are] going to always reach your destination when you’re meant to.

Is success different from what you dreamed it would be coming up in the game? 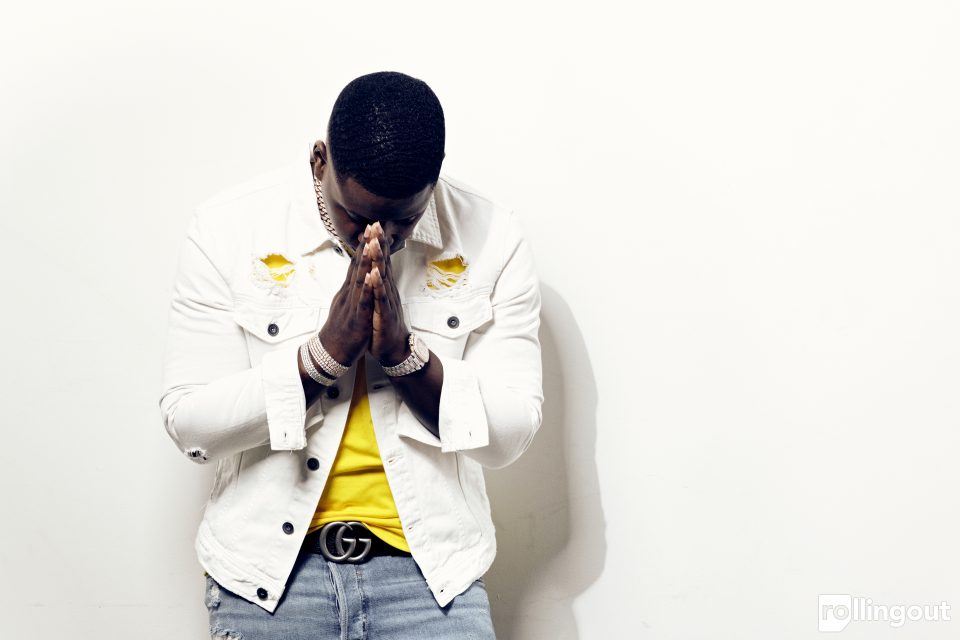 Well, what did you think your experience with the industry was going to be like?

I mean, I feel like I messed up in a lot of ways because I come from the streets, and I tried to bring the street rules [into] the business. When you [are] in the streets, you know you can’t do this and can’t do that. But in the music industry, you could do whatever. You can talk a whole bunch of mess, but have security and be moving with security. But I’m coming from the streets, so I’m not about to move with  [any]  security. But when you make it, it’s different. You can’t look at a man and call him any less street or look down on him because he has security. He [is] just being smart.

You can also make false relationships with people. Then you catch people in lies and doing fake stuff. But then you realize that this is what it is. It’s just how the industry is. People [are] going to try to use you for whatever they need you for. You [have] got to be able to deal with it, so I just stay in my own lane, and I don’t get involved with what other people are doing unless you [are] my partner or my brother. Other than that, we [are] just doing business and keeping it pushing.

I feel like a lot of artists blow their chance to make it because they’re so focused on trying to keep it street? Did you experience those growing pains?

Yeah, I feel like I may have missed out on some chances with the whole beef situation, but I was still able to create a character where people took a liking to me and could still learn who I am. I feel like some people may have thought, “Oh, that boy is too violent,” and they may not have wanted to work with me. But really I just wanted to have fun, so I had to stop and think, what makes me different?

When I first came out, I always had guns, and I used to show guns in all my music videos. But then I thought this is cool and all, but how am I different? What do I stand for? I know I’m solid. I know I’m 100, and everybody says that.  I come from the hood, and everyone has that story, but what makes me different? Then I realized what makes me different is I just want to be happy and funny. I really just want to smile. I just want to be positive. So I started cleaning my page up, and I started being myself and showing on camera what I actually want to be and who I am. I used to be scared to smile ‘cause I always had to be hard and mean, but I really just wanted to be happy. I’m a fun person, and I was holding back. When I finally decided to be myself, it actually pushed me further.

What happened when you first started being yourself? Do you feel like you saw a drastic change as far as your success goes?

Yeah, a lot of stuff changed. I’m not going to say it was just about me being myself because I always knew myself, but I had to learn what I stood for, and I had to become comfortable with myself. You [have] got to be comfortable with yourself on the inside. No matter what kind of joke people said about me … it didn’t matter once I knew who I was and what I stood for.

What has it been like traveling the country and the world? What are some places that you never thought you would go or places that shocked you when you got there?

I think [it was] when I went to Canada. I went to Canada when I first started going on the road, and it was Gotti’s first time going, too. It was fun because, when you [are] rolling with Gotti, he [has] been everywhere, but this was our first time in Canada, so it was fun seeing him [be] just as amazed as I was. Because I want to be where he [is], and I’m just starting [out], … I knew that this was really an amazing opportunity and experience.

Do you think that those types of experiences affect your music?

No. … When I wake up in the morning, if I’m mad I’ll make a mad song, but if I’m happy, I’ll make an upbeat, fun song. You can’t force music. You have to know what you want and know what you [are] trying to do, or you’re not going to feel it. Music is all about how you [are] feeling.

How do you know when you make a hit? And do you have people in your circle who will tell you when it’s not a hit?

Yeah, the people who I’m around [are] going to try to tell me the truth. When I first recorded “Booty,” they told me it was bad, it was trash. I don’t have “yes men” around me. Me and my partners, we fight and we argue. That’s real. They [are] going to tell me the real. But they could be wrong, so in order for me to know if I have a hit or not, I might take my music to the ‘hood, play it for the people outside, and if they bump to it, they [are] singing the words and dancing, then I know it’s a hit. But if not, then it’s not.

You may be the first artist I’ve ever heard actually say they appreciate feedback on their music.

I’ve noticed that you’re doing a lot of partnerships with different brands like Dutch Masters. What does it mean to you when brands start wanting to be associated with you?

It’s really amazing for me. When you [are] growing up, you only see NBA players doing partnerships but very few rappers. Coming from where I come from — where you are ignored most of your life and can barely get a “Hey” from these people — to [then] actually meeting [them], seeing them recognize you and wanting to work with you and …  be a part of what they doing, is amazing. It really means the world to me. It’s not even about the money at this point.

When I first came out, a lot of people were against me. Over time, a lot of those people realized that I was actually just living my life. … I was able to show them who I am and make them get it. But I think what really makes me stand out is I never changed. The success never made me different. I still [have] morals, I [have] respect, and I’m all about loyalty. This is me. This where I come from, and this how I was born.

Words and images by DeWayne Rogers