Rap star Nelly jolted music fans awake when he declared that he is cutting off his father completely.

“The word father is [a] strong word.. something I never knew anything about as a child because mine never did what he had to do only what he wanted… ‘HOPE IT WAS WORTH IT POPS IM DONE WITH YA NO MORE MONEY FROM ME’ LET THEM PAY YA BILLS..!!” 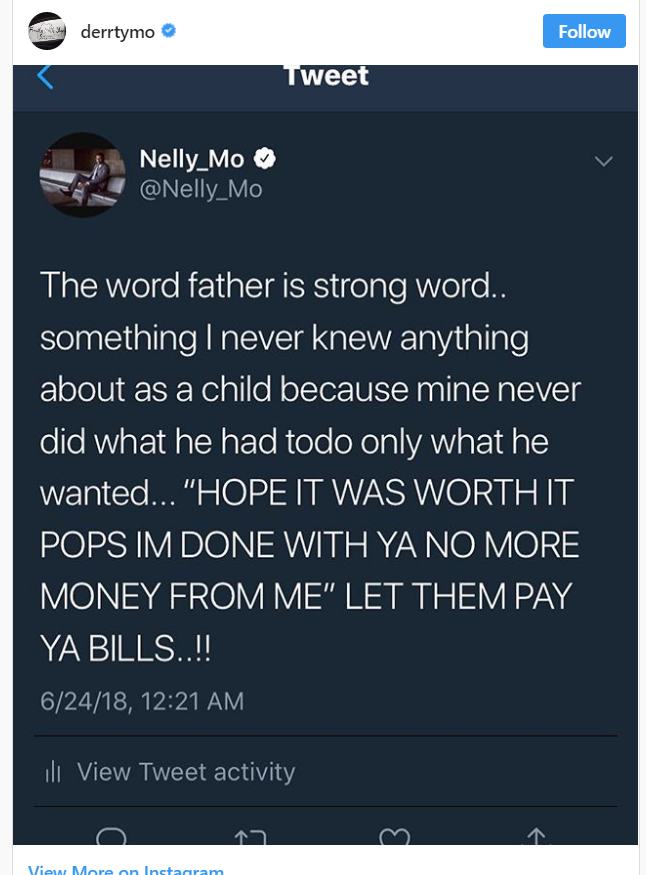 This tweet, interestingly enough, was posted just days after Ashanti’s concert performance Friday evening in St. Louis, Mo., Nelly’s hometown. In a video shared on Instagram after the show, the “Say Less” singer is cozied up with Nelly’s father, Cornell Haynes Sr. 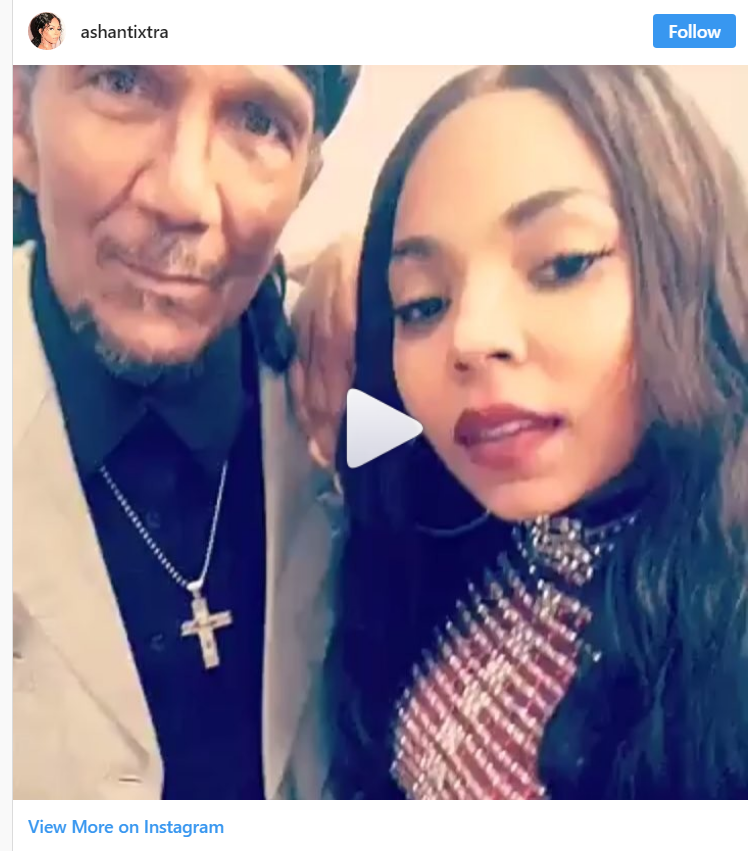 In the IG clip, Ashanti jokes with Nelly’s father and says, “Alright, Mr. Haynes. We in the Lou [St. Louis]. Did you have a good time at the show?”

No one knows for sure if this is what angered Nelly so much so that he would off his dad financially. Most hip-hop fans know that Nelly and Ashanti dated for a long time, until 2012, when the rapper allegedly caught her cheating on him.

In another tweet, Nelly talked about being reared by his mother.

“You don’t see my mama … should have known she would hold it down she always had a job came to my games saw her son graduate saw me score my 1st touchdown bought me my 1st pair of J’s wiped my tear away when I lost the big game and taught me how to play sports.! ‘MAMAS BOY’..!!!”

Nelly also shared his sentiments on Instagram, with screenshots of his tweets and photos. He wrote:

“Just because it’s ya DNA DONT MAKE YOU A FATHER..!!! Mine never saw me play sports never taught me anything never saw me graduate and I still took care of him for almost 20 years he never to care of me for half that..!!!! And till this day he still does what ever he wants even tho I pay his bills .. ‘WELL USE TO’ ..!!! That’s Over as of tonight ..!!!

Ashanti has yet to respond to appearing in the video with Nelly’s father at her concert.